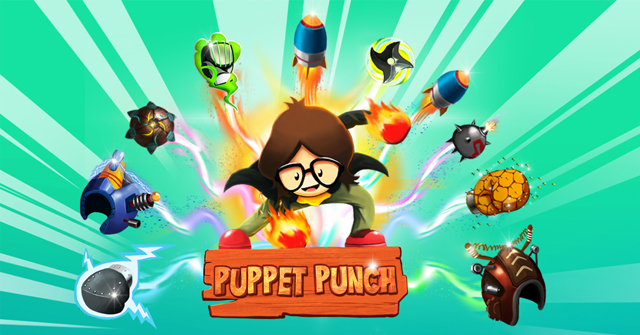 Puppet Punch has already been released on iOS. We were hoping it would finally make its way to our Android devices. Creative arcade style games are becoming more difficult to find. Mech Mocha has successfully designed a game that is instantly accessible, and bursting with unique images and beautifully detailed art.

“A first of its kind, Puppet Punch is a passionate gamer’s journey inside a game. Put on your epic red punching gloves and get ready as you fight for higher and higher scores. Join Pablo, as he takes on the puppets while they desperately try to attack him using all sorts of weaponry like arrows, fireballs, spiky balls, knives and electro shields.” – Mech Mocha 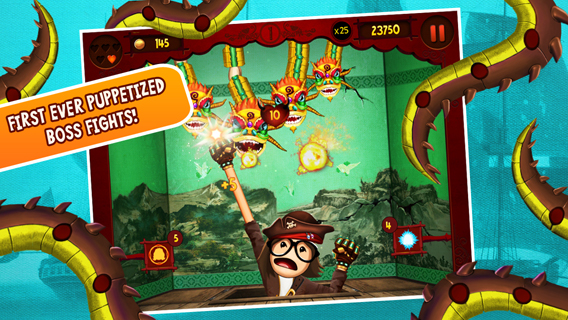 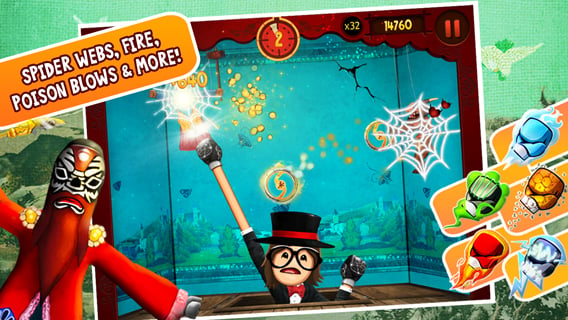 Though the game play consists of frantic tapping on the screen to knock out the ferocious puppets, and the grabbing of bags of gold coins, it is not in any way mundane, because of the art, work and the varying styles of the puppets. In addition, Pablo is able to use a variety of power-ups to aid him in his fight, which adds an extra layer of depth and strategy to the game. His poisonous boxing gloves allow him to take out spike-encircled puppets with ease, whereas without those gloves, he has to wait until the spikes disappear, before he can throw a successful punch. There are golden gloves, magnets and helmet-firing rockets, to name a few of the items that Pablo has at his disposal. He is fighting against bow and arrow flailing puppets, and knife and cleaver throwing puppets just to name a few. Each round of punching ends with a boss fight too, that is sure to challenge your ability to tap the screen accurately. I think the game plays better on a larger screen because you are able to see more, without your fingers getting in the way.

Puppet Punch is free to play, and does have in-app purchases, should you choose to take advantage of them. The game is integrated with Google Game Play Services and includes leaderboards and thirty achievements to unlock. If you are looking an enjoyable arcade game, Puppet Punch is well worth your time. Mech Mocha Game Studios and Kedoo Entertainment have crafted a game that is well-worth the download. The game is fun, colorful, frantic and unique, which is a pleasure to see, in an industry fraught with so many clones.