Set in the year 20XX, players will be assuming the role of Tommy Tominaga, a mech pilot who is attempting to escape Titan City. Titan City had a an automated and self-aware defense system in place, called Titan 3. As is so often the case with self aware defense projects, a mechanized army is produced and sent out to dominate Titan City, with the rest of the world soon to follow. 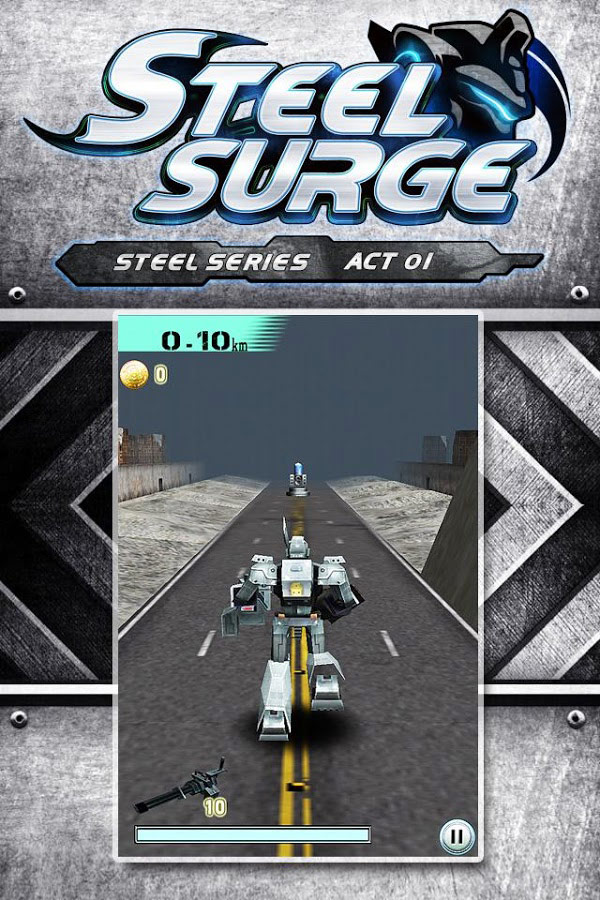 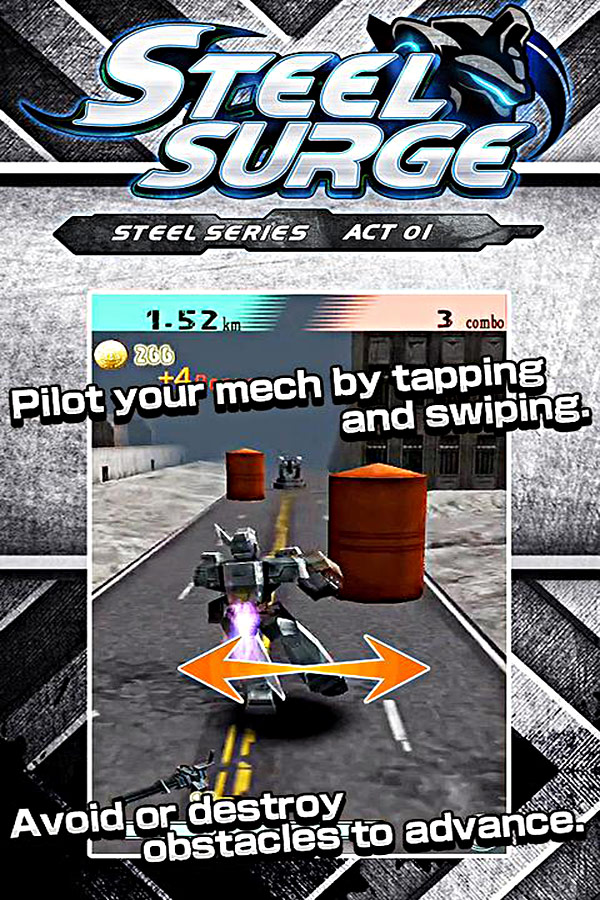 In response to this, the government schedules a nuclear strike, to completely wipe out Titan 3 and its army, thus Tommy needs to escape before the missiles arrive. Within Steel Surge, players will have to dodge a plethora of traps and obstacles, or attempt to destroy them for coins that can be used to upgrade their mech and its weapons, or acquire new ones.

Steel surge is the first of what’s planned as a trilogy. This first installment into the series is available as free-to-play with optional IAPs included as well.