Snail Games’ MMORPG called Taichi Panda will be getting a new update soon which will bring with it a new level cap, new content, new outfits, and so on. In fact there will be a lot of ‘new’ in regards to this update. For those of you who have maxed out your level, when the update lands there will be a new max level of 90.

Update: May 20th, 2015 12:01pm PST: The Ascension update for Taichi Panda is now available for download off of Google Play. Ig you don’t see the update right away, give it a few minutes as it could be still propagating through Google Play. 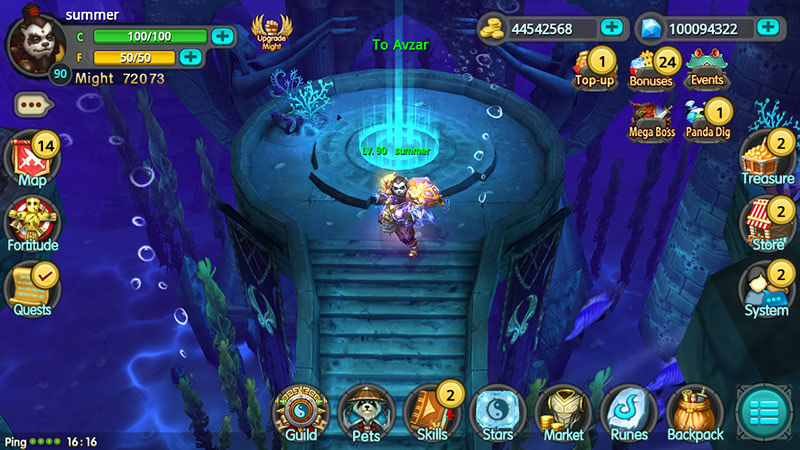 Also coming in this new update is a new Equipment Discovery system. This will be unlocked at level 64 and will allow players to add even more quality to your gear through the use of Refinement Stones and Lunar Tears. Upgrading the quality of your gear increases different stats depending on the type of gear. Lunar Tears will be available in the news levels as well as in Mega Boss fights. Speaking of which, there will also be a new Mega Boss event coming in this update.

Lastly, there will be new pets (Wise Dory and Nami), outfits, and various other items arriving in Taichi Panda once the update lands. As for when that will happen, there is no official launch date as of yet, but it shouldn’t be too long of a wait