There are already a decent amount of drag n’ drop game engines and other styles of engines that aim to make developing video games a whole lot easier. Bloxels is a new system that is looking for funding on Kickstarter and this system aims to allow even the most code-illiterate kids and adults the ability to make video games.

The entire system has two parts to it: The game board and the Bloxels application. The game board is where users can design their video game level(s) which is done using various colored cubes which represent different elements in the level you’re designing. Once you are happy with how your level looks, you then take your smartphone or tablet (Android or iOS) and proceed to ‘take a picture’ of the game board with your camera. The Bloxels application will then turn it into a game you can play through or proceed to further customize that particular level. 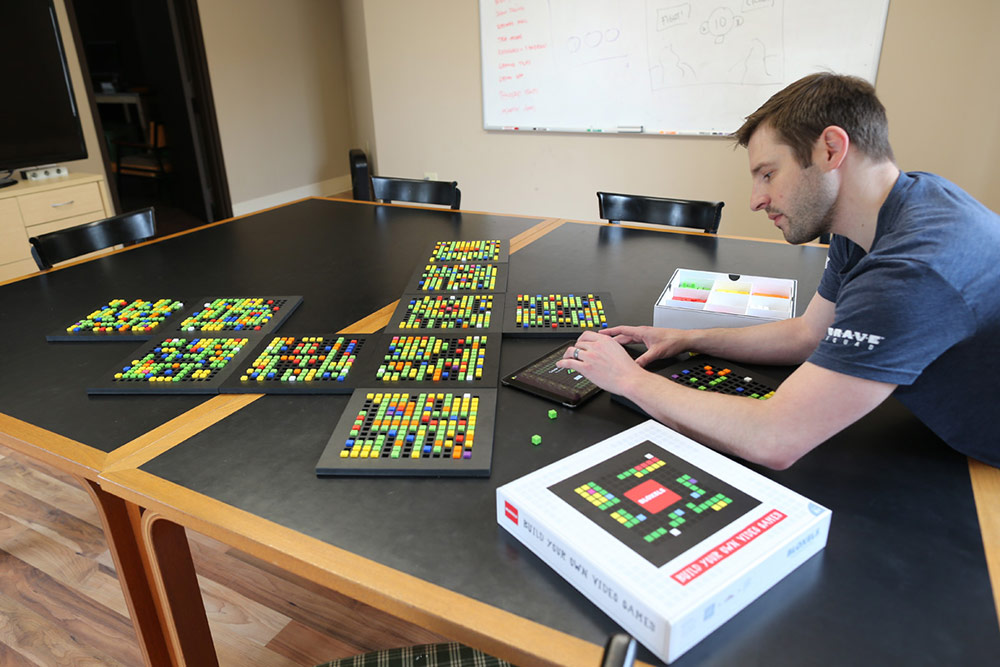 Your gaming area isn’t confined to a single board either. Want to create bigger levels to play through? Game boards can be attached, allowing developers to create much bigger levels than what a single board would allow you to do. The developers of this system is Pixel Press and they have already released one game to show what can be done with Bloxels and a little bit of time. It’s a dungeon crawler called B.R.A.V.E. Squad for Android, iOS, and Kindle devices. (Video of BRAVE Squad is on their Kickstarter page). 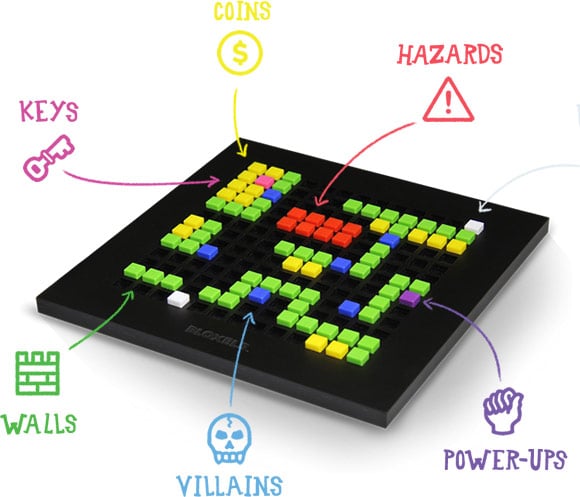 Each ‘set’ comes with 250 blocks, a single board, and a guide book. The first 100 early packs will cost $40 through Kickstarter, and then $50 for all the packs afterwards. Pixel Press is looking to get $40,000 in funding and at the time of writing this the company is already passed the halfway mark, sporting just over $28K with 28 days to go still. If you want to throw a few bucks to help this campaign out, just hit up the link below.