Even though we have a week before the new Portal themed pinball table from Zen Studios arrives for all platforms including Android, the fine folks over at Zen Studios shared with us some Tip and Tricks that you might want to keep in mind for when you do end up playing this table once it is released. We also plan to preview this new pinball table over the course of the next couple of days.

Update: May 29th, 1:37am PST: The new Portal Pinball table is now available for download within the Zen Pinball app. You can download the app if you don’t have it already through the link at the end of this article. We will be picking the winners for the Portal T-shirts later today as well!

For those of you not familiar with what we are talking about, Zen Studios announced the other week that they will be releasing a new pinball table for Zen Pinball that will be themed after the popular Portal game. This table was crafted in conjunction with Valve, the company behind the Portal games. The table itself will be featuring art and audio from the original Portal series which includes the voices of Ellen McClain, Joe Michaels, Nolan North, and Stephen Merchant. 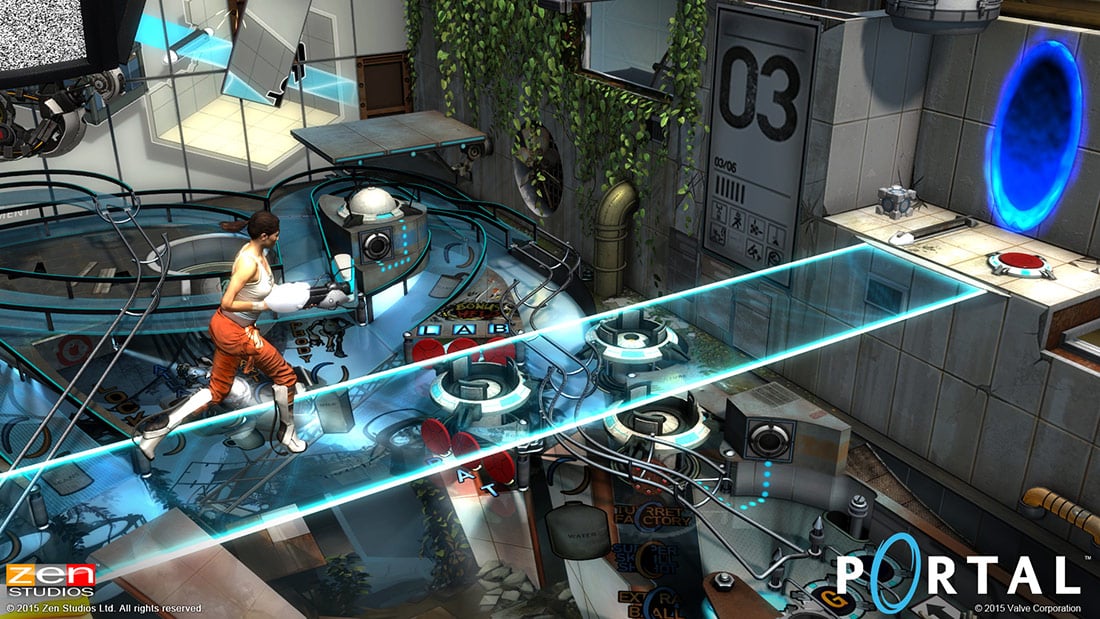 Here is how the story will go in Portal Pinball:

Guide Chell and Wheatley through test chambers by navigating portals, using aerial faith plates, defeating turrets and facing other obstacles, and battling against GLaDOS as you attempt to escape the facility and reach the surface.

Since this is based off of the Portal franchise, the gameplay reflects a lot of what you used to have to do in the original games which means this is going to be a bit more of a crazier pinball experience than usual. With that said, Zen Studios has given us some Tips and Tricks to use. Of course if you want to experience the game with no help at all and learn everything on your own, you probably don’t want to read past this part. Just know that Portal Pinball will be arriving next week and watch for us to post about it so you can grab it.

If you’re ready to check out these tips and tricks, let’s begin shall we?

All Test Chambers must be completed before the “GLaDOS Final Battle” can be attempted. Though they may appear difficult at first, persistent experimentation is the hallmark of good science. Follow the instructions on the dot matrix and aim for the flashing shots. Any other successfully hit lanes will also add a small amount of time to that stage of the mode, so make your shots count. 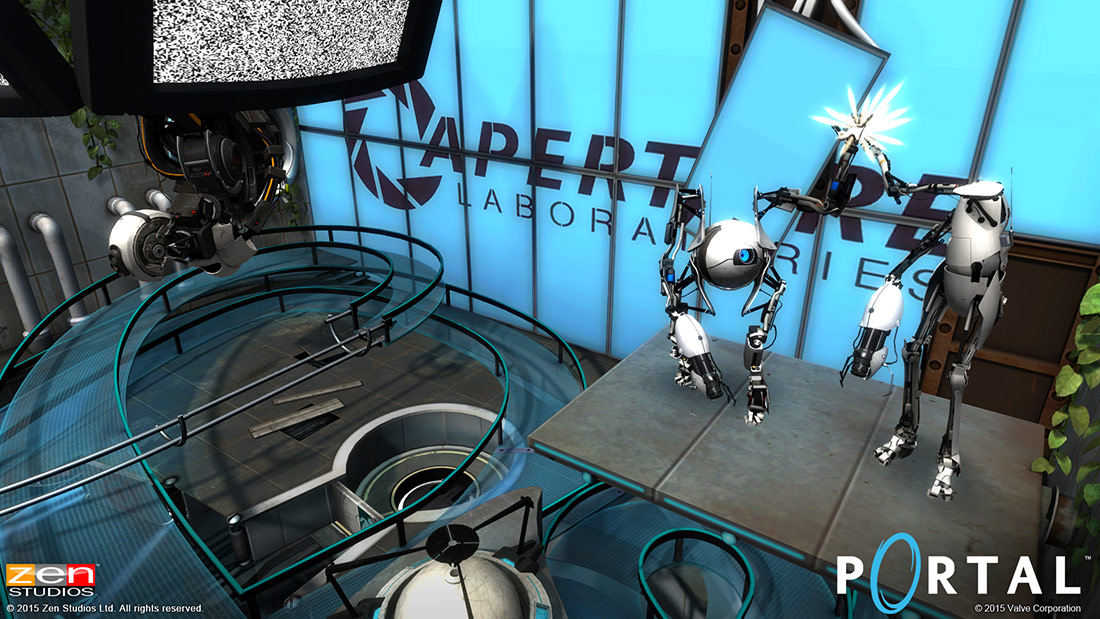 Any turrets destroyed during the TURRET or RATMAN modes will also be remembered the next time you start the mode, so do not let failure disappoint you.

The Pivot Cubes on top of the slingshots can initiate several side modes by redirecting a Laser, which is itself activated by hitting the left launcher lane. 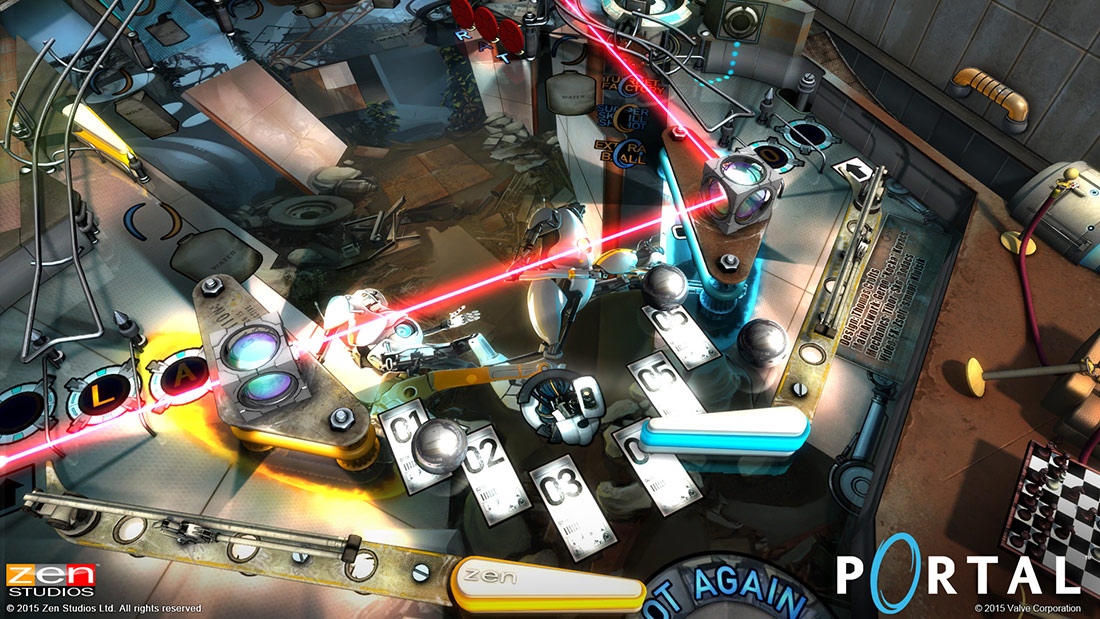 Most side modes can be activated at any time, and can help enhance your score during the game:

– Orange Propulsion Gel: This gel helps the ball speed along the left ramp; simply holding up the right flipper will always hit the cross ramp shot.
– Blue Repulsion Gel: While the ball is on the blue gel, pressing the Launch button will make Chell jump and gain a Bounce Gel Jackpot!
– Super Skill Shot: Shoot the ball under the raised bumper to initiate the Super Skillshot, which is worth twice the points of a normal Skill Shot.
– Super Bumpers: The High Energy Pellet catchers on top of the bumpers become charged and award considerably more points than normal. Activated during a multiball, this can be very rewarding indeed! 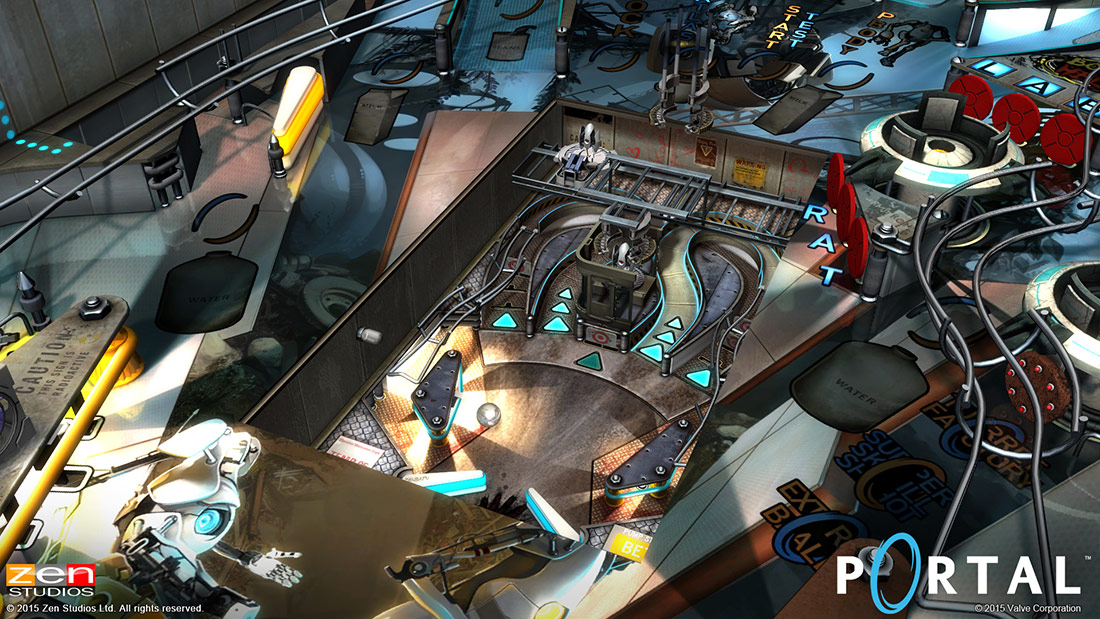 Each time the Turret Factory mini-playfield is completed, a turret from the first stage of the “GLaDOS Final Battle” is replaced with a defective turret. Up to three of the four turrets can be replaced. This makes completing the first stage much easier, and you should also get a greater score by having more time left.

Learning to hit the Right Cross Ramp from the upper left flipper will greatly assist your play time. Hitting it three times will start a 30 second ball saver, and if no other main game mode is running, a chance to lock a ball for the Personality Core Multiball will be available. 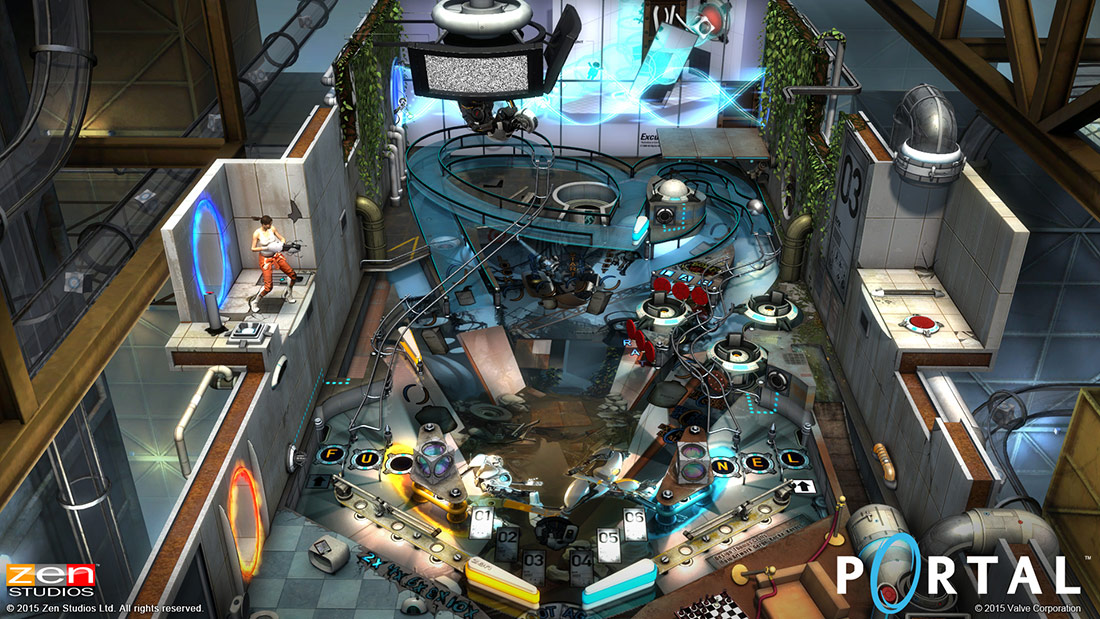 Once Wheatley, the Fact Core, and the Adventure Core all arrive, the multiball starts automatically with all lanes lit for Jackpots worth one million, and both cross ramps lit for Super Jackpots worth four million!

Five Extra Balls can be gained on the table. Once achieved, they can be collected by hitting the Cake Target. They are earned by: 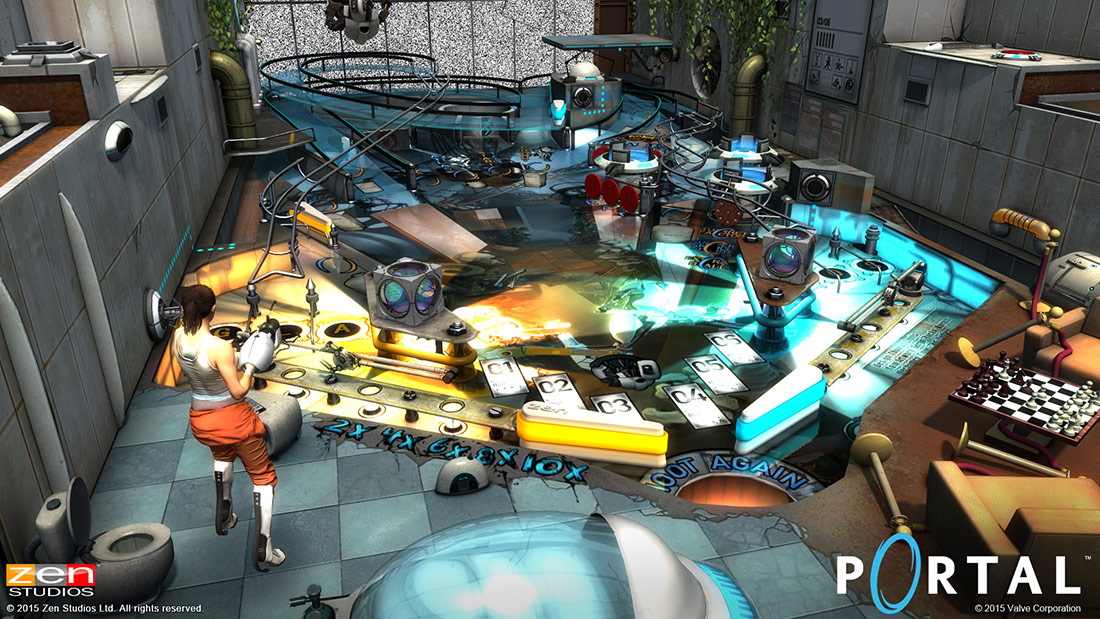 And there you have it, some tips and tricks to check out once Portal Pinball is released next week. We will be going hands-on with Portal Pinball over today and tomorrow including streaming it on Twitch. You can also catch a bit of the gameplay in the new trailer for Portal Pinball which you can view in the video below.