For those of you who have been a loyal fan of Nvidia for awhile, especially since the announcement back during GDC 2015 about the Nvidia Shield Android TV console, there is some extremely awesome news today which you might have already seen in your email’s inbox. Nvidia has sent out an email to everyone who signed up for their Shield console newsletter to keep up-to-date with Shield console news. In this email Nvidia is saying thank you for being a loyal fan by starting a big giveaway.

This thank you from Nvidia comes in the form of a giveaway for a free Shield Android TV console every day till it becomes officially available for consumers to buy. What is ever better is that if you received that email for Nvidia, which you can check out below, then you’re already entered into the giveaway and don’t have to do anything else but sit there and hope you’re one of the daily winners. 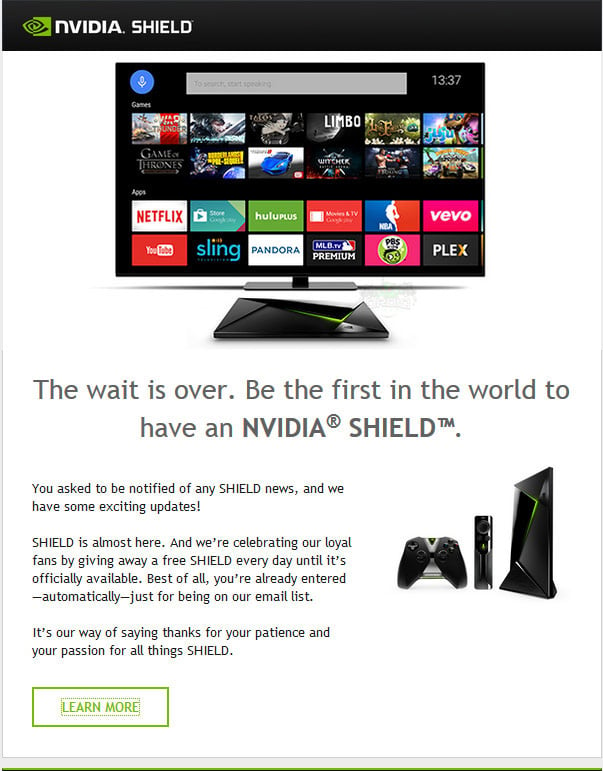 If you didn’t sign up for the newsletter to stay up-to-date on Shield Android TV updates and news, we are not sure if signing up now will get you entered into this giveaway. Our guess is that it probably won’t since this is to say thank you to people who signed up already. We will get confirmation on this though either way and will post an update when we do.