The other day when Nvidia finally admitted to the 500GB model of the Nvidia Shield Android TV console actually existing and being real for consumers to purchase soon, one other tidbit of information was revealed as well. This was that the Android 5.1 update for the Shield tablet would be arriving soon, before the launch of the Shield console unit. Well it appears that ‘soon’ has turned out to be today.

Notifications for a new OTA update have begun popping up for owners of the Shield tablet and as it turns out, it is for Android 5.1. With this update there are plenty of performance improvements, enhanced security including support for Android at Work, Improved Display Performance which can be toggled on/off by users, Improved Pairing Experience which includes an update for the Shield controller (you should get this notification as well), and finally system-wide improvements to the camera, audio, the modem for LTE models, and more. You can check out the official update image below for the official description for the Android 5.1 update.

If you don’t see the update available for your Shield tablet just yet, give it a bit as it could still be propagating through each region. You will, however, get it. 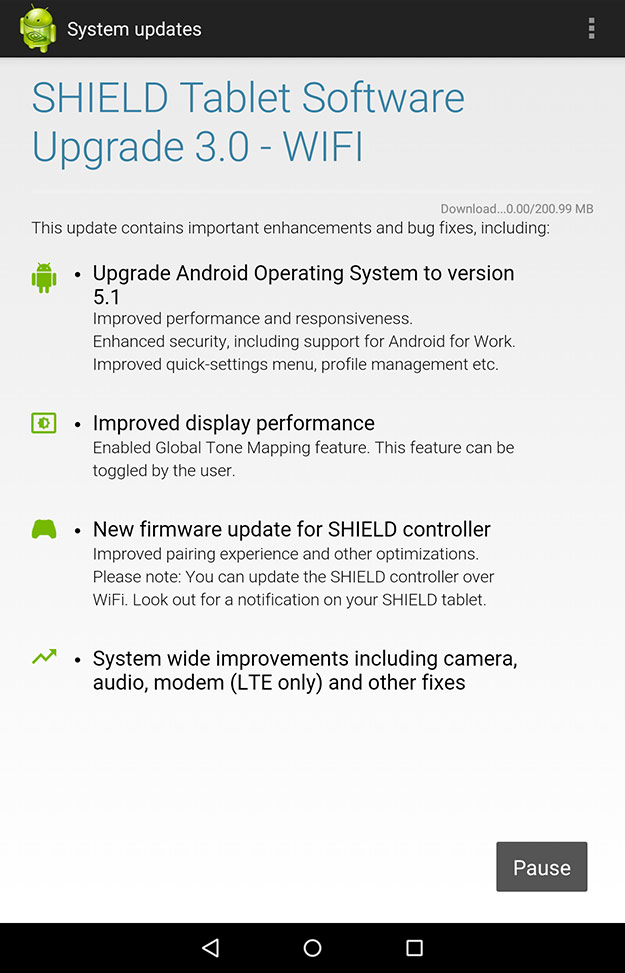