[Game Review] Anodia 2: The Best of the Brick Breakers

I first came across CLM Games back in the day, when I was playing games on my old iPOD Touch 4G. At the time, CLM Games was known as Clueless Little Muffin. They had released a stunning little game called Anodia. It was a brick breaking game that I had never seen the likes of before, and it was a lot of fun. While most brick breakers only hold your attention for a few moments, and then you move on to playing something else, Anodia was not that way for me. The main reason was because the game had a lot of levels, plenty of variety, it was exquisitely rendered and challenging. I was sold on the game immediately after playing the first few levels. After I moved to Android devices, I had hoped Anodia would be made available. It was, and of course I downloaded it for old-times sake. Anodia 2 was recently released on iOS. Now, Android gamers have an opportunity to be re-introduced/introduced to the best of the brick breakers by playing Anodia 2. 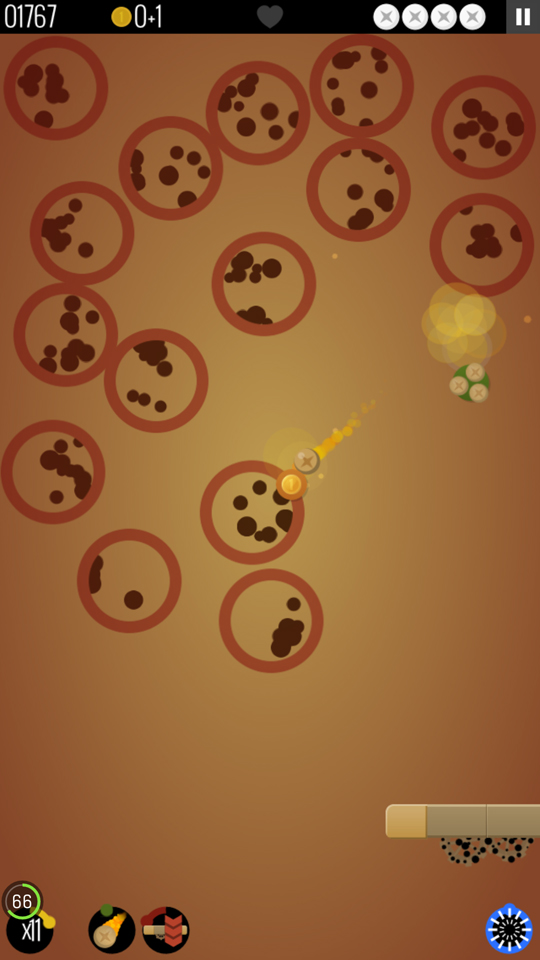 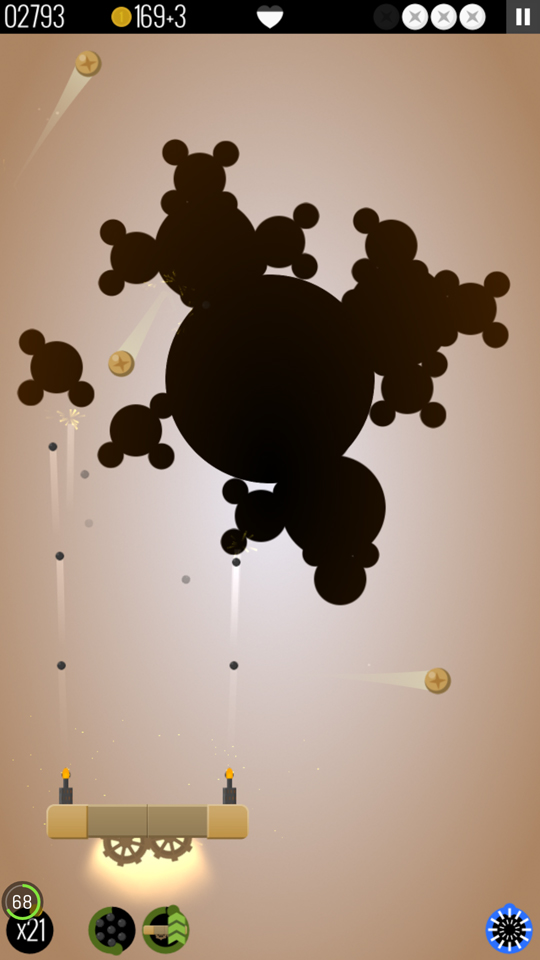 As with any brick breaking game, you have the paddle at the bottom of the screen that you move left to right. Doing so allows you to bounce your ball off the paddle, to break the bricks above, but in this case, I will say structure. The reason I describe it that way is because every level in Anodia 2 presents you with a unique puzzle. How do you best destroy the structure above. The other element to each puzzle that is critical to understand is that they are multi-layered. Long gone are the rows of bricks from yesteryear. Each level is more like a living organism that is to be destroyed, and you have an arsenal of power-ups to aid you, or power-downs to wreck your pursuit of victory. Most objects will take multiple hits and power-ups to destroy them. This is where CLM Games skills are put on display.

Brick breaking games generally have a simmering level of intensity while being played. It may involve trying to complete a level in a certain amount of time, or it could be the number of balls you are given to do so. In Anodia 2, it is all about the power-ups and power-downs. The array of tools to aid you or prevent you from being successful are unique. Power-ups may include shotgun blasts, rapid firing machine guns, bombs, multiple balls in play at once, enlarging your paddle, and specific targeting of areas just to name a few. Power-downs may include clouds limiting your visibility, electric shocks that immobilize your paddle, cogs in the wheel of your paddle to slow it down or whatever else CLM Games has chosen to use to challenge you. It is the variety in the power-ups/downs that make the game challenging to play. At any given time, you are trying to ricochet your ball into the proper area, while you are trying to either catch a power-up, or avoid a power-down. Sometimes you only have a split-second to make a decision about going after a power-up, or just trying to keep the ball in play, which makes this game fun and difficult at the same time. There is a great tutorial page that is included, that describes the power-ups/downs very well. I have been gaming for a long time, and good tutorials are often overlooked these days, so kudos to CLM Games for providing that screen for the uninitiated. 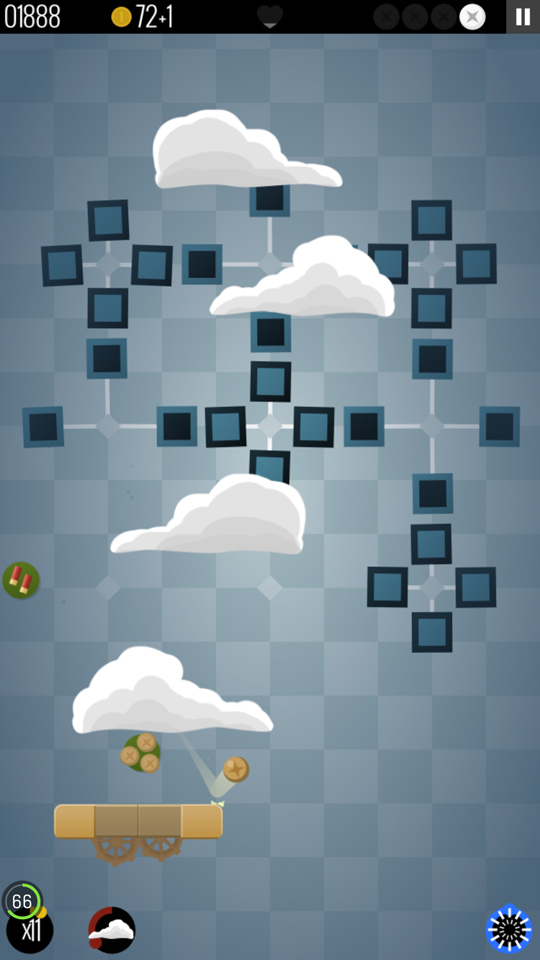 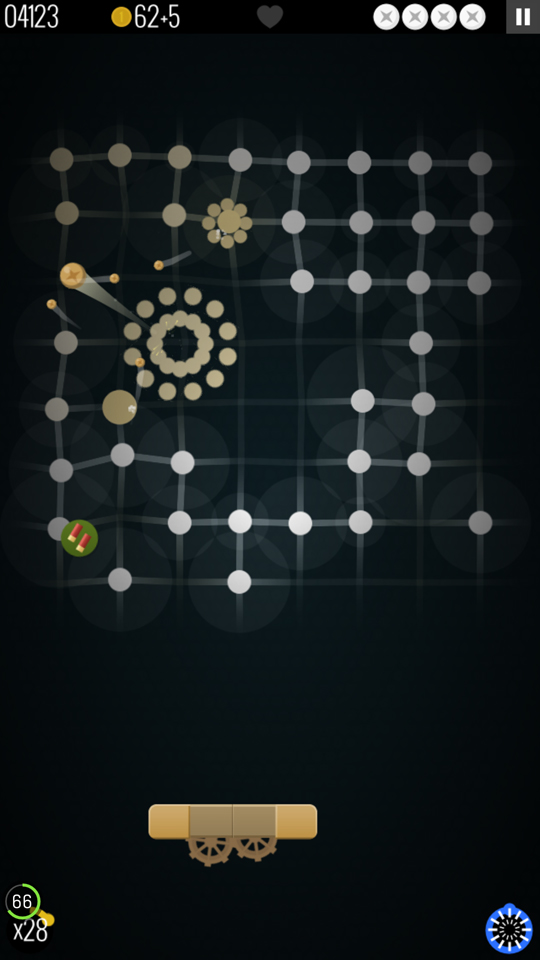 The controls are simple, move the paddle left or right by touching the screen. You have the option of using touch or tilt controls, whichever you prefer. The music in the game, which is created by Michal Ratkowski, can best be described as relaxing. It is good background music for certain, but it never hampers the game play by being distracting. The graphics as I mentioned before, are top-notch. I am impressed with what CLM Games (Maciej Kasperski and Rafal Kozik) have created with the varying in-game art/puzzles. It is always exciting to get to the next level, just to see what the new puzzle/structure is going to be, which leads to the mention of the game being free to play.

Free to play? Seriously? Yes, Anodia 2 is free to play. Before the crescendo of moans occur, let me say this, Anodia 2 is free to play done right. If you are familiar with the system used in Crossy Road, this is similar in some ways. Successful game play unlocks additional levels, or the coins you earn during game play can unlock levels. CLM Games has a neat little gumball machine that your coins go into. If you want to unlock another level, it costs 100 coins. if the game play gets too challenging, then you have an opportunity to watch an ad to gain coins. Also, you get a free gift every few hours, that will also allow you to unlock a level. There is no in-game store that I could find. This free to play structure rewards game play, not hampers it, so in my opinion, this is free to play done right. There are currently 80 levels to unlock in the game, with a note from CLM Games saying that more levels are on the way.

Anodia 2 is integrated with Google Game Play Services with leaderboards available. I am an achievement hunter, so I do wish achievements were included in the game, because this game would seem to be a perfect fit for them. However, not having them does not take away from the fun. CLM Games continues to refine the art of the brick breaking genre by releasing a game that is polished, fun and believe it or not… free to play. If you enjoy these types of games, there is no reason that Anodia 2 shouldn’t be on your device. If you think this style of game play is boring, you will think differently after downloading Anodia 2. What are you waiting for?