World War II, 30 seconds at a time – Preview of Luftrausers on the Shield Android TV console 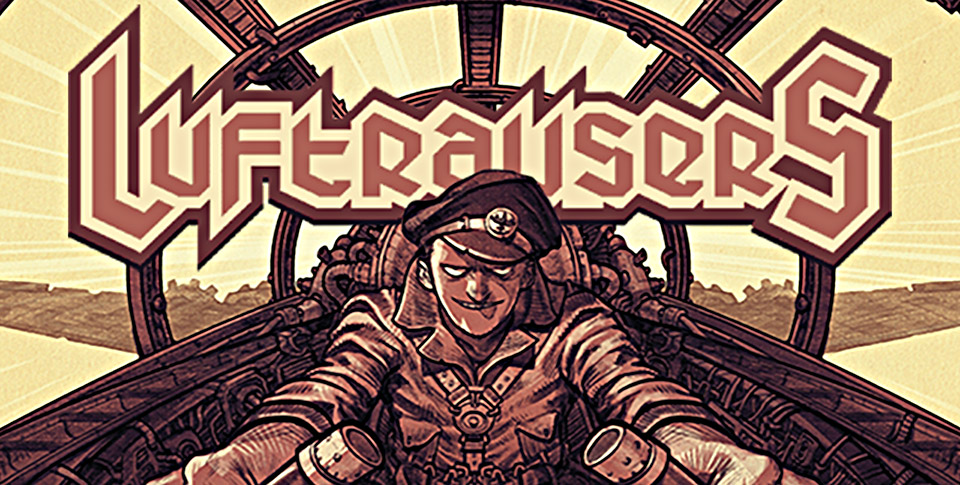 Tired of games wasting your time with prologues, tutorials, and wordy explanations of where your next five objectives are? Would you prefer to immediately blast off into the sky, shooting every aircraft and warship you see until you explode, take a second to catch your breath, then launch your ship all over again? That’s what you’ll find in the premier shoot ’em up for the NVIDIA SHIELD Android TV (the system is available now starting at $199), the slice of pseudo World War II air combat known as Luftrausers.

This intense, 2D fighter jet download comes from Vlambeer, the devs behind indie hits Ridiculous Fishing and Super Crate Box. Similar to those games, Luftrausers has a love for upgrades, combos, physics, and no nonsense action, all set to an aggressive synth soundtrack and retro visuals that drags you deeper into its explosive air battles. 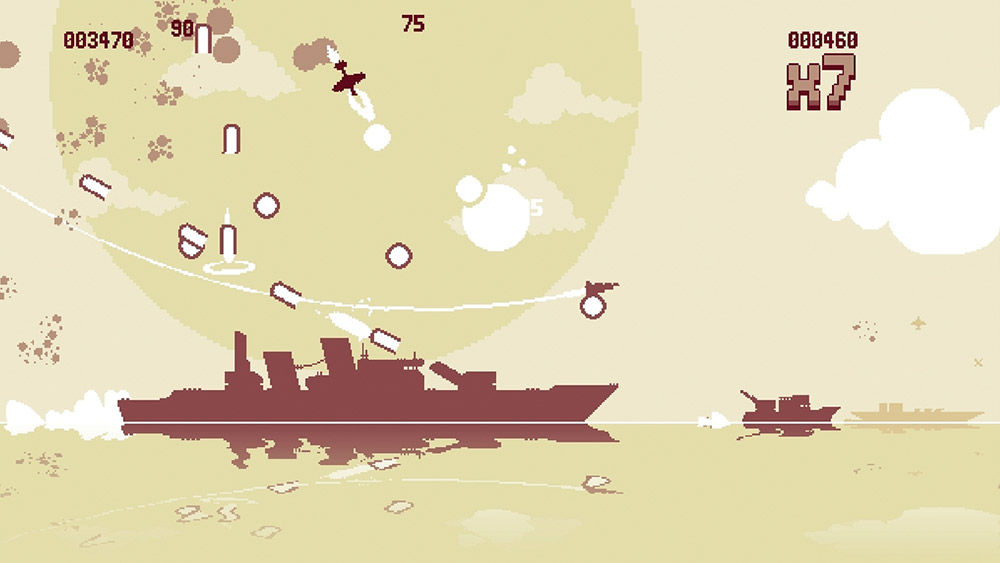 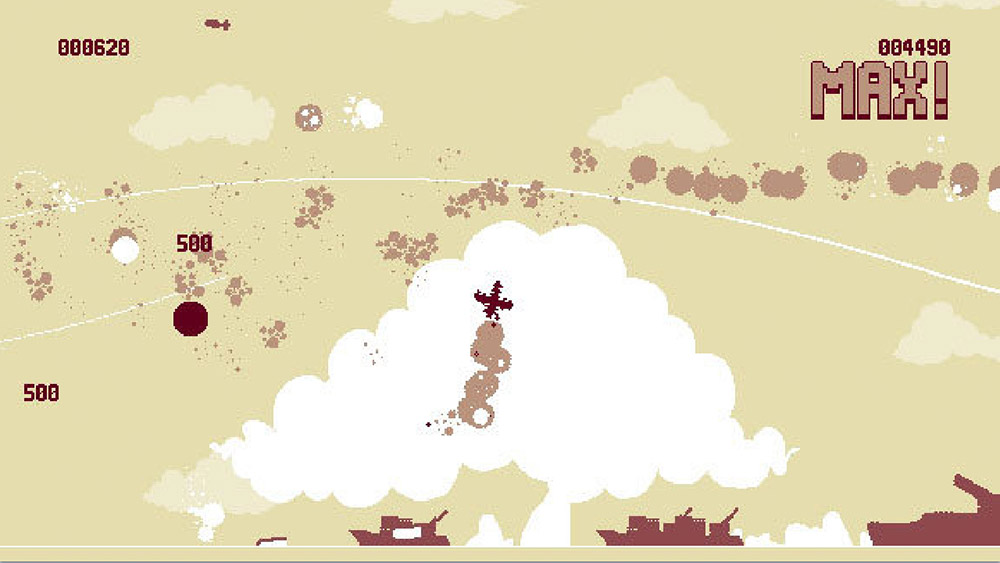 All you have to do is press up to take off and start racking up kills – at least, until you get taken out a few dozen seconds later. The ship’s thrust feels more realistic, as you boost and direct your ship with deliberate pushes on the gas, a refreshingly different control scheme that requires the SHIELD’s controller to adjust to all the complexities.

Those controls are part of Luftrausers’ delicate balance that make its combat deeper than its arcadey competition. You can keep up a steady stream of bullets to take out enemies and ratchet up combos, but your ship can’t take too many hits and only heals when you stop shooting. You have to make split second choices between score and safety, a clever dose of strategy that makes each fierce firefight feel unique. 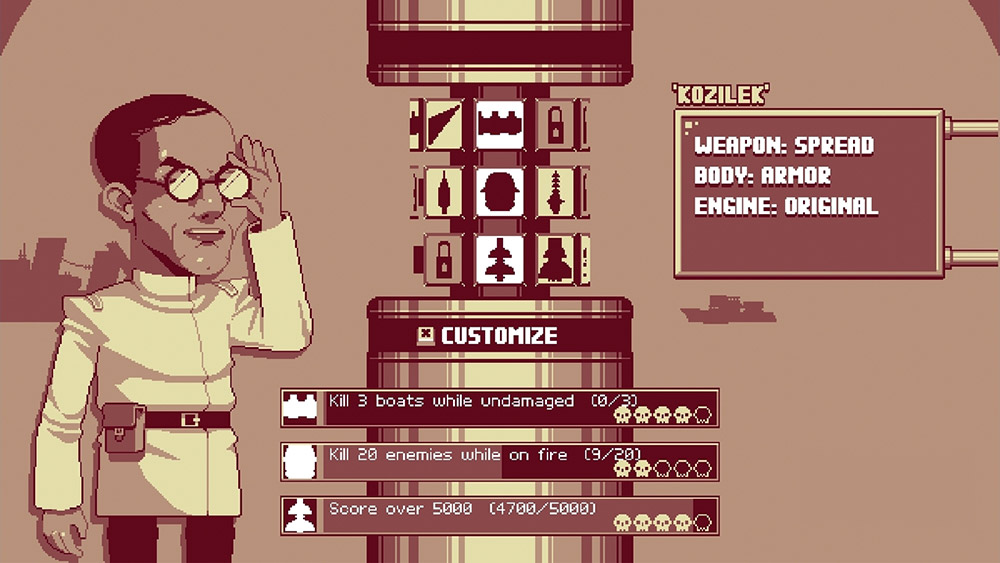 As you log more and more battles, you’ll uncover more of the complexity Vlambeer put just beneath the surface. Battles adjust to your performance, spawning tougher enemies in larger numbers for each score milestone you pass. You learn that ramming your ship into an enemy causes damage to you both, leading you to weigh the pros and cons of a kamikaze run on a particularly dangerous opponent. The speed of Luftrauser’s combat only hastens the experimentation – a quick death means you can try a whole new strategy right now.

The mantra “just one more try” happens to be one that ends up running through your head with this game, especially when you start unlocking new parts for your ship. And with specialized weapons, body, and engine parts, this means up to 125 combinations, each with their own pros and cons. Your jet can get a tough new body, but it’ll move slower; your gun might be more powerful, but you need to adjust to the lag of its bullets. Testing all that adds even more to the game’s replay value. 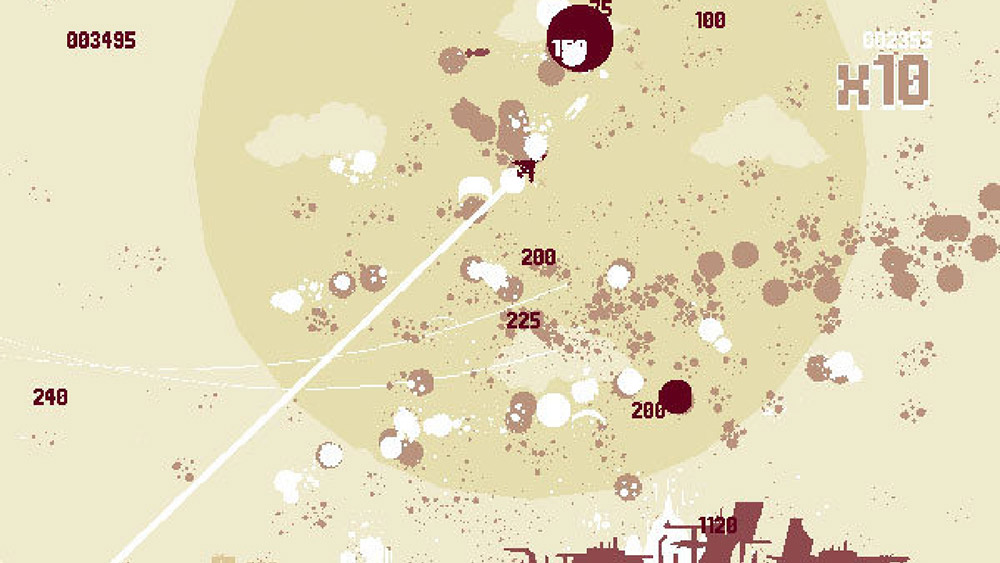 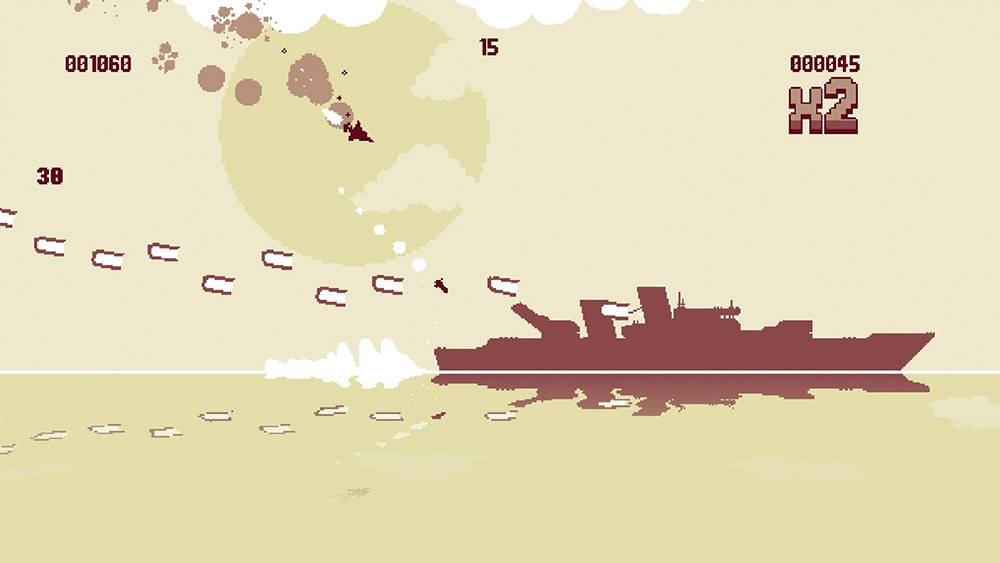 The visuals are a throwback to a pixelated past, but they pack a lot of personality, all easy to see when Luftrausers in action. If you have a Shield tablet or portable, you can play Luftrausers is available for play right now. Those of you waiting for your Shield Android TV console, it is also available for that already as well. Luftrausers costs $4.99 and contains no IAPs. Our full review of the Shield Android TV console is coming this week and after that we start really digging into the games for it.