ARK: Survival Evolved will be getting Virtual Reality support soon

ARK: Survival Evolved is a new game on PC that was just released via Steam Early Access, so the game is still being developed but it is playable as an early access title. Those people who are playing it right now do have to deal with all that comes with being an early access game. However, future plans for ARK: Survival Evovled include support for Virtual Reality via the Oculus Rift or Sony’s Project Morpheus.

This game is a survival game similar to others in this genre like Rust, H1Z1, and so on. At least it is in regards to having to survive and gather your own materials and food, constructing shelter and useful tools, and eventually evolving your knowledge to create advanced things like guns. The difference between this and all the other survival games out there is that ARK has a leveling system for characters as well as dinosaurs. Dinosaurs can be killed for meat and materials, or they can be tamed as pets, and eventually you can ride on them. They can also kill you quite easily. 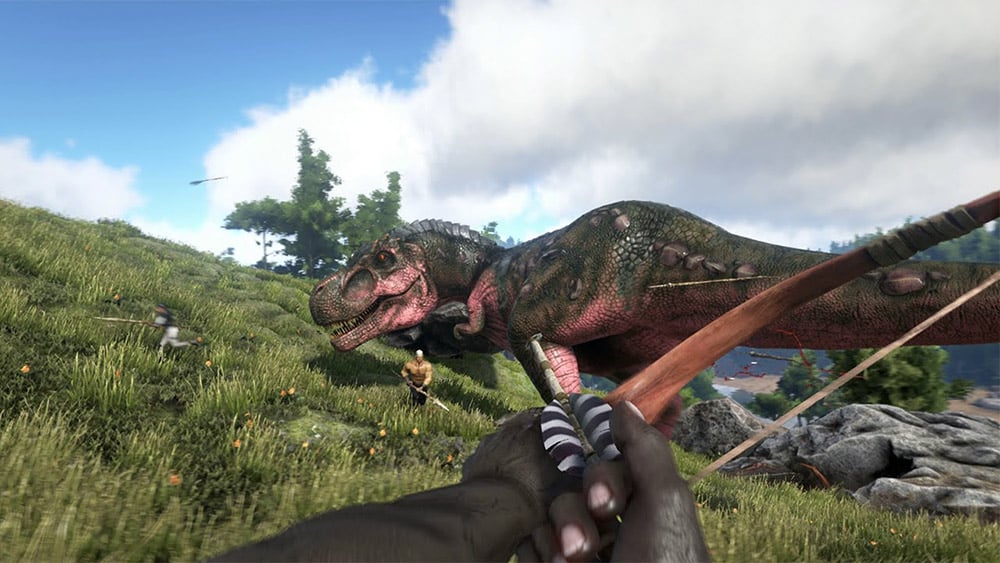 This is a multiplayer game so there are a multitude of people playing on each server, so there is also the human factor to deal with. You can team up with people, or be killed by other people. Whichever route you go in this game, there is a lot to do. Normally we don’t report on PC games, and we wouldn’t have either with this one, until news that Virtual Reality support is coming to the game.

There isn’t a lot of details regarding the VR version, but since the game can be played in first-person, it shouldn’t be too hard to adapt it for VR. Right now support is currently slated for the Oculus Rift and Project Morpheus but don’t be surprised if HTC’s Vive appears on that list shortly. We are going to meet up with Studio Wildcard at E3 2015 to hopefully get hands-on time with a VR version of Ark: Survival Evolved.