[UPDATE: June 3rd, 7:24 AM, PST] If you have been waiting on the next game/movie tie-in to play, wait no longer. Glu Mobile has made Terminator Genisys: Revolution available to download now in the Google Play Store. As mentioned in the description in the Google Play Store: “Download before June 4th and receive a Welcome Pack including a grenade, rocket, battery and med-kit for free!” Terminator Genisys: Revolution is free to download, and does include in-app purchases, should you choose to take advantage of them. The link to download the game is at the end of this article.

Terminator Genisys: Revolution will be a third-person shooter with 3D visuals not too dissimilar to the company’s Frontline Commando franchise. In other words you will be running around completing missions with a variety of weaponry, except you’ll be taking on a ridiculous amount of Terminators. At least that is what it looks like from the trailer, which you can check out below. 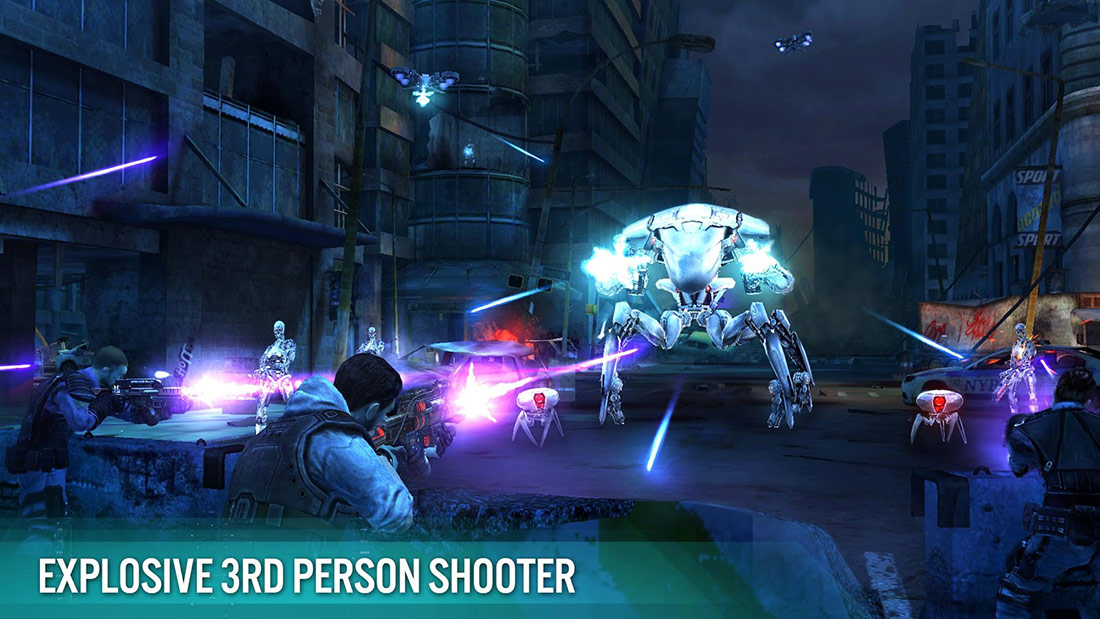 • Choose from hundreds of missions!
• Battle your way through stunningly-rendered, post-apocalyptic locations
• Use your tactical prowess against a wide range of deadly enemies
• Easy-to-use, responsive mobile controls
• Amass a wide variety of present-day and futuristic weapons
• Switch between Shotguns, Assault Rifles, and Sniper Rifles and take control of the battlefield
• Level up your weapons with High Explosives, Depleted Uranium, Plasma, and Electrical munitions
• Use Rockets, Grenades, and EMPs against the enemy
• Join the Resistance and get promoted to higher ranks
• Immersive storyline written by world-renowned sci-fi writer Dan Abnett

Since this is a tie-in into the upcoming movie, players will be fighting alongside resistance members from the actual movie itself. The better you do when you complete missions, the higher your rank becomes which rewards you with perks. Of course you will be helping John Connor save the world once again by escaping the Skyney prison and destroying it, hopefully for the last time. 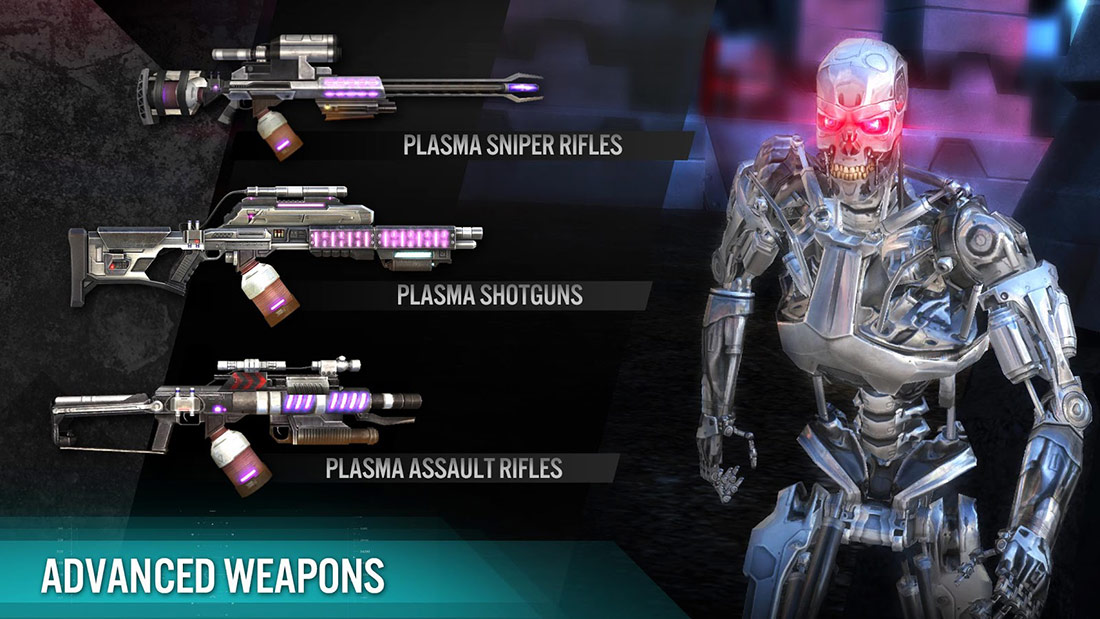 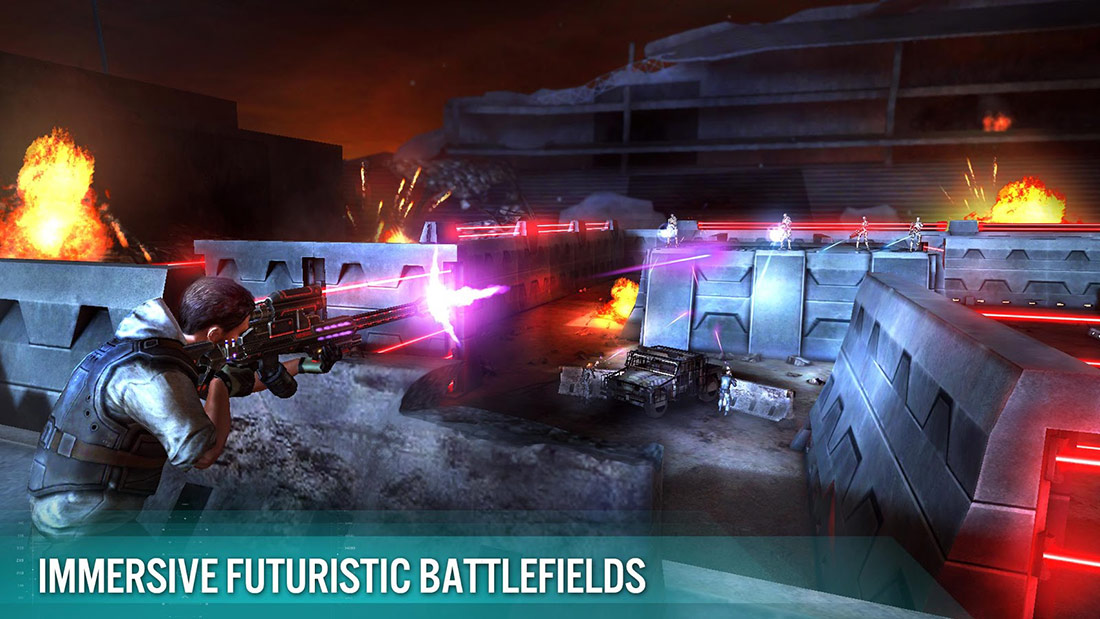 Since the movie is launching July 1st, 2015, we can expect Terminator Genisys: Revolution to be released at around the same time. Since it is being released by Glu Mobile, Terminator Genisys: Revolution will be free download and play with optional IAPs available, most likely for additional in=game currency to use for weapons and other useful items. Interestingly enough, pre-registration is done via Google Play which means that you will receive a notification on your device when the app is released. You can also unregister the same way.

If you pre-register, you will get a Welcome Pack for free once the game launches if you download it before June 4th, 2015, which means that this will be released before that date, which is actually unusual to see a game get released so far ahead of a movie. The Welcome Pack contains a grenade, rocket, battery and a med-kit. One last thing to note, this game might be a tablet-only title but we will get confirmation on that.

Thanks to Andrew Vrba for the tip!