Hotline: Miami Preview – the most difficult game on Shield?

Hotline: Miami is one of the hottest launch titles for the Nvidia Shield Android TV and one that’s getting fans of hardcore indie games hot under the collar, particularly those who recall the PC launch of this highly original 8-bit retro styled top-down shooter.

That’s because Hotline Miami had gaming fans falling over themselves to serve up the superlatives when this brutal and unrelenting game first arrived. “Bizarre, twisted, funny,  sado-masochistically violent” and many other such words were rolled out to try to do justice to this pixelated gangsters and guns game.

After re-reading a good selection of those original reviews, followed by a refresher blast of this top-down shooter on the Nvidia Shield, two things really do stand out.

Firstly, Hotline Miami is so violent it is almost funny. It’s practically the gaming equivalent of a Tarantino movie, set in an alternative 1989 Miami, populated by gun-toting gangsters running amok in the neon-lit heat. That, and it is an insanely difficult game. At this point, Hotline Miami is quite possibly the most difficult game available on Shield. 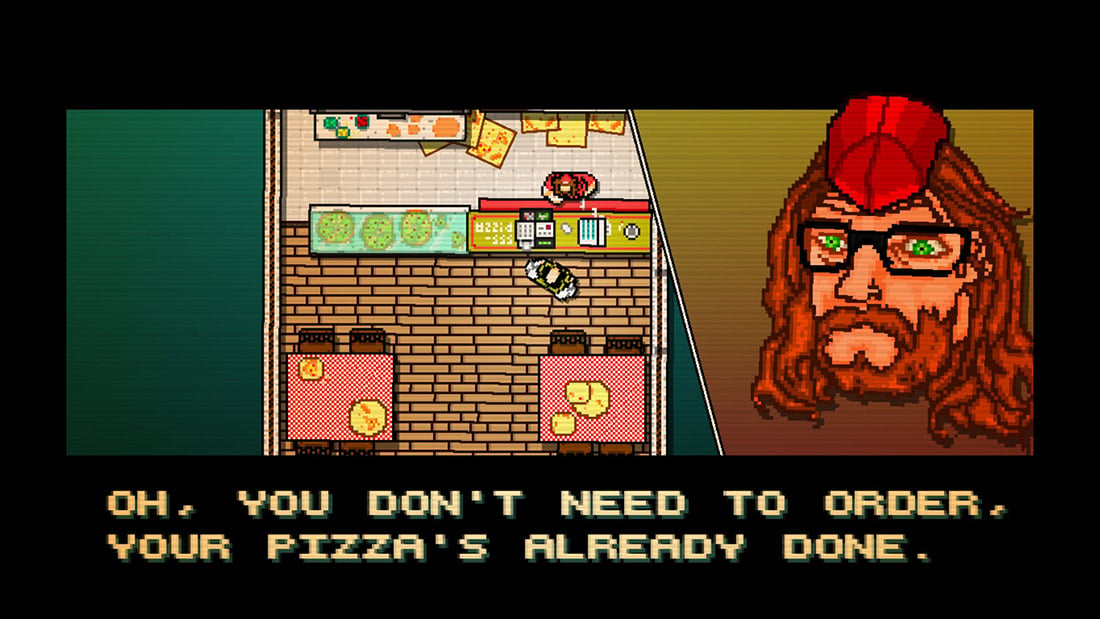 Yet it is exactly this almost obdurate difficulty level in Hotline Miami that makes it such a satisfying experience. As you make your way as a shadowy antihero casually blasting his way through an onslaught of villains in this shady Florida underworld, you very quickly learn how to react very quickly in order to survive. Mainly because every single shot is potentially deadly.

Shoot and move. Or die.

So you move quickly or you die. Just like life, really (well, if your real life involves living in a gangster’s neon-spattered hellhole, that is). There is no health-bar or other such unrealistic game mechanic to allow your character’s body to magically suck up x-number of bullets before you die. You get shot and you die. 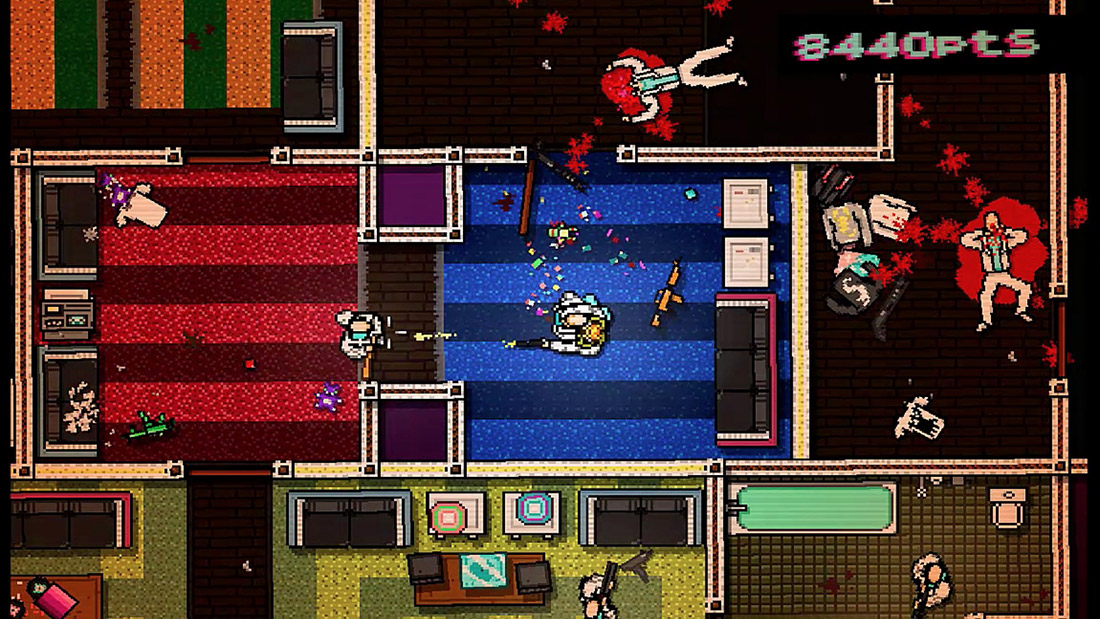 So Hotline Miami is not for the faint-hearted. Casual gamers that have been mollycoddled by playing too many easy games when getting their quick screen fun fix in will swiftly be exposed, because this is a title that is going to separate the skilled gaming pros from the sloppy cack-handed amateurs. And while the former will still die a hell of a lot of times in Hotline Miami, the real difference is the fact that they will not let the game beat them, but instead will quickly learn the best mix of stealth action and swift, precise shooting required to gradually progress through each level.

Pulsing, bizarre and demanding: can you handle the truth?

Coupled with a pulsing electro soundtrack and a bizarrely surreal storyline, the demanding gameplay in Hotline Miami on the Nvidia Shield fires out a bullet-load of fresh challenges at the expert gamer who’s up to the test. And the ice-cold fact is that those moaners bleating, “it’s just way too hard!” are really just denying the truth. That they are just not good enough!

For those of you wanting to grab a copy, Hotline Miami is currently available on Google Play for all Shield branded device for $4.99. Also be aware that this game requires you to use a controller to play it.