Tony Hawk and company built the mold that OlliOlli exists in, but the indie game from Roll7 seems to come from an alternate universe where Pro Skater was made for the SNES. The pixelated graphics make the skating seem simple, especially when you only have to worry about heading to the right in its 2D world. However, OlliOlli will make you pay for underestimating it. 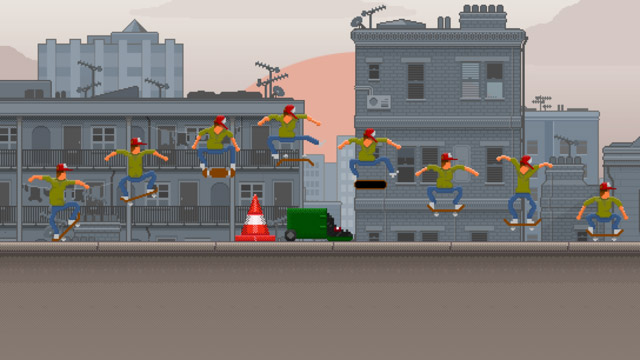 Much like real world boarding, you’ll take quite a few nasty falls to learn the basics of the sport. Kickflips, grinding, and more all require subtle movements of the analog stick, as well as precise timing when landing on the ground. Even landing the titular ollie will take a few tries in the tutorial before you finally ‘get it.’ At least the scrapes and bruises on the Shield console are all digital (unless you’re pushing the control stick really hard).

The steep learning curve might sound daunting, but once you get into groove and muscle memory takes over, you’ll see why OlliOlli has reignited people’s passion for virtual skating. Like in Tony Hawks of old, it’s about using all the tricks you learned to string together the highest scoring combos imaginable, going from grind to flip to grind to ollie, then ending with a “perfect” landing to rack up all the score multipliers you can. 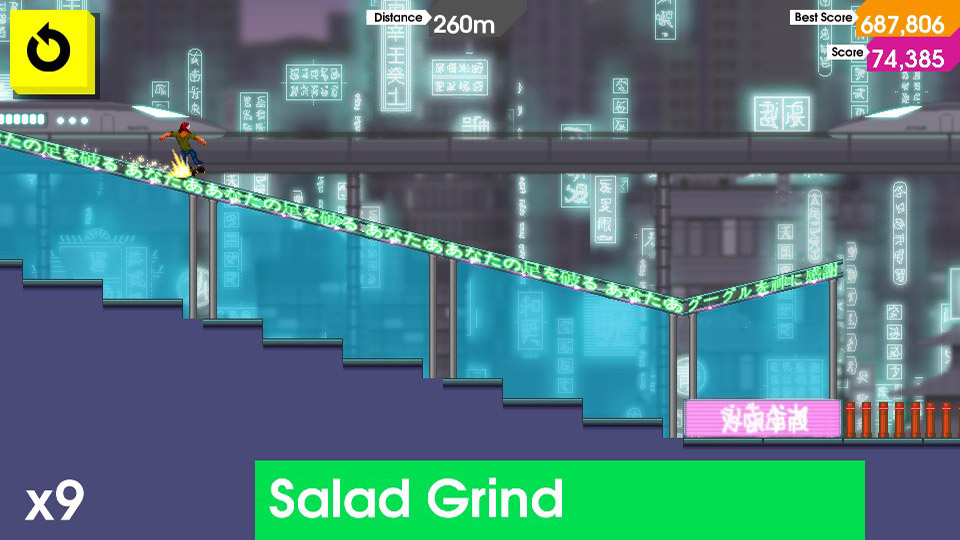 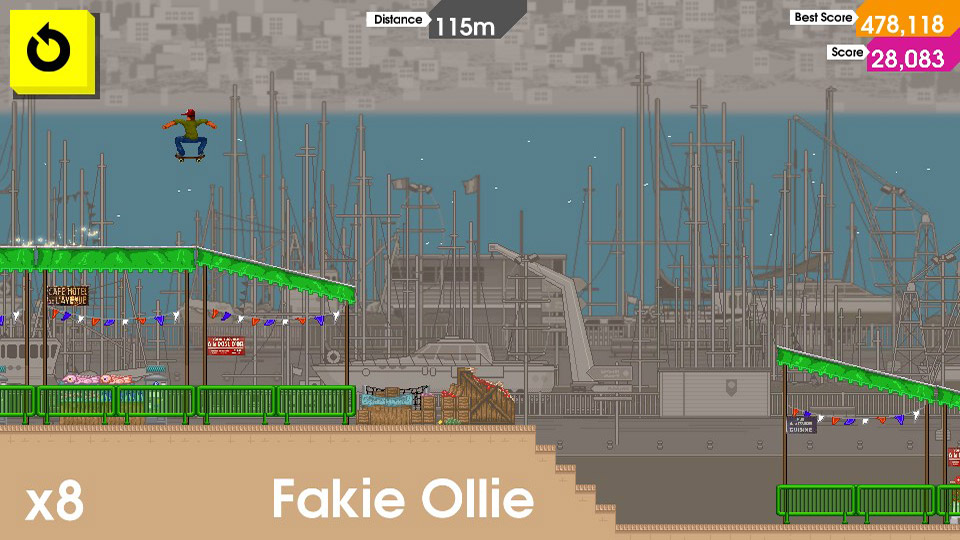 The stripped down nature of the graphics and the combos goes to the level design too. You’re always pushed to go forward in the platformer-ish world, so there’s no aimless searching for areas and NPCs that slowed down the open worlds of older skater games. Don’t take that to mean OlliOlli only sends you down one path, because there are many different alternate routes hidden at the ends of tricky grinds or gaps that seem almost impossible to jump over. You just have to have the skills to find those new paths.

Of course, every new trick attempt also means the risk of tripping up and losing everything, because OlliOlli plays for keeps. Even a merely “OK” landing will cost you. The devs have high expectations for players, and meeting them to complete high score and combo objectives is all the more satisfying to pull off because you know you earned it. Moreover, OlliOlli is so fast-paced that failure is put behind you as quickly as a quick reload. No time to think about the past, because it’s already time for another run. The momentum is helped along by a chiptune soundtrack that never slows down, making players want to reciprocate the feeling. 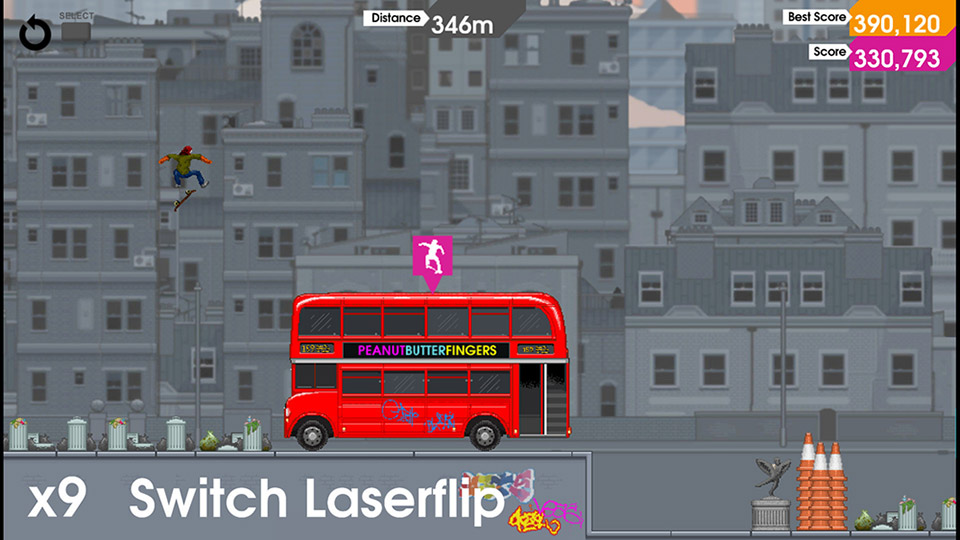 After years of popularity, extreme sports games drowned in the very excesses they celebrated. Much like its unnamed boarder, OlliOlli doesn’t waste its time worrying about what came before; it’s too busy picking up the most important bits and striking out on its own.

OlliOlli is available for all Shield branded devices and costs $4.99 to grab a copy off of Google Play. Before grabbing a copy, please be aware that this requires a controller to play. So if you don’t have a controller for your Shield Tablet, you won’t be able to play it.