Like most racing games, Moto Racing Hero offers multiple tracks set in different locations like Paris or New York City. The game’s descrption promises “real competition” so there may be online multiplayer. I realize that may not be great journalism but as you can see for yourself, its features are worded somewhat oddly. 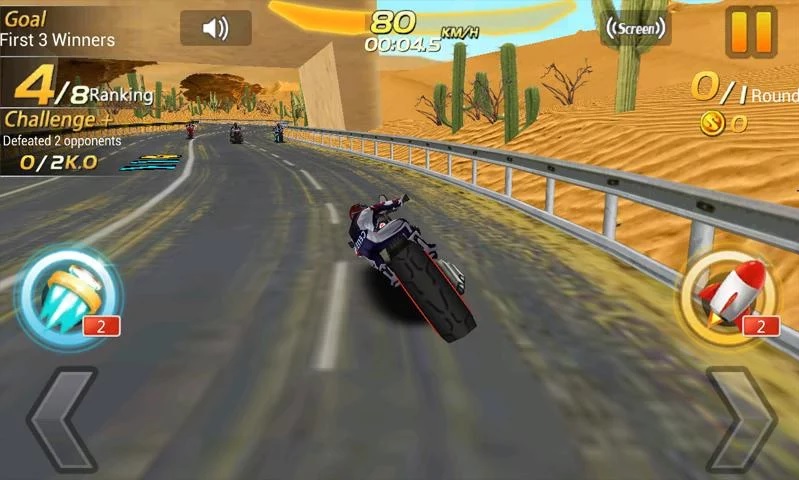 Moto Racing Hero uses a free-to-play model. In-app purchases are available and range from $.99 to $16.99.