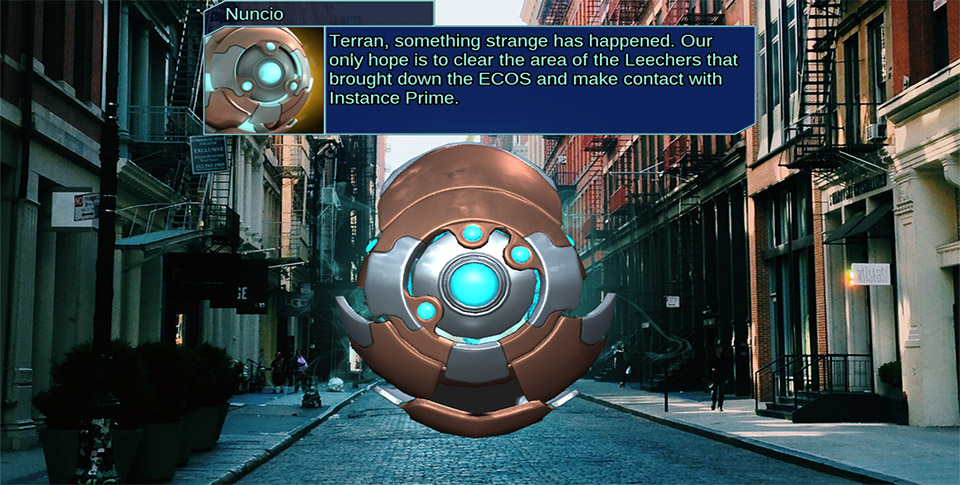 A little under a week ago we reported on a pretty cool looking Augmented Reality game called Clandestine: Anomaly. While we had a trailer to show, that video really didn’t have any gameplay to take a look at. Well the developers have released a new video which is pretty much only gameplay, so now everyone can see what that actually looks like.

Update: July 29th, 2015 11:36am PST: All you Augmented Reality game fans out there that have been waiting for this one to get released can stop waiting now. Clandestine Anomaly is now finally available for download off of Google Play. You can grab a copy of this game through the new link at the bottom of this article. This was literally just released at the time of writing this, so if you don’t see if immediately, give it a few and try again.

For those of you who missed our previous article, Clandestine: Anomaly is currently being developed by ZenFri, and co-written by Gears of War 2 writer Joshua Ortega. The quick and dirty explanation of this game is this, basically aliens crash land near your house in your neighborhood. Right after that, someone or something hacks into your phone, turning it into a tool for doing seek-and-destroy missions. All of this is wrapped around a pretty deep narrative to enjoy.

After your phone is hacked by mysterious and advanced alien technology, you are thrust into the middle of an inter-galactic war. Though you possess no training, no experience, zero authorization and no skills that can help you navigate through the interstellar struggle, your involvement is paramount to deciphering the clues in your immediate area and beyond. Unraveling a multi-dimensional mystery, it’s up to you to act.

After we reported on this game, a lot of people were excited for it but wanted to see some gameplay, since the first video trailer didn’t show any. Well the developers were kind enough to answer your calls for gameplay footage with a new video full of gameplay footage, which you can check out in the video above.