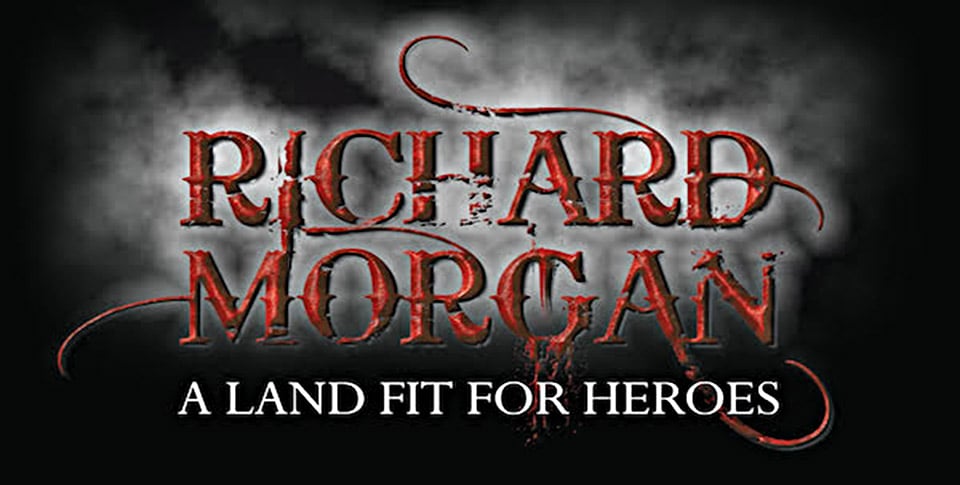 Soon to be released by Liber Primus Games,  A Land Fit For Heroes is a new RPG gamebook, based on the bestselling Richard Morgan trilogy of books of the same name. The gamebook will be released for both Amazon Kindle Fire and Android on Google Play. The author of the trilogy will be collaborating with the developers, and the time period of the game book it will be set to run parallel to The Steel Remains, book one of the trilogy.

In this gamebook, the story will contain three heroes, whose paths will cross, with the player determining the outcome, in a Choose Your Own Adventure format. From the press release comes both the bios, as well as the game’s setting: Kirellin of House Caith is a skilled war veteran, Calnar is a young Majak warrior and Ilaria is an accomplished thief. Children go missing in the marshes. Ancient spirits awaken. Powerful machine-demons manipulate the fate of mankind. But all of this is just a game for even darker forces. In the first of its kind, bestselling author Richard Morgan brings his trilogy of novels to life as a three-player game-book set in the world of Land Fit For Heroes.

The developers also mentioned, more than once, that “Morgan’s dark and violent fantasy trilogy series of books, published by Gollancz, also features titles, The Cold Commands and The Dark Defiles, which will set a much darker tone than that of typical game-books traditionally aimed at a younger audience.” Take that for what you will.

The developers have also released two other gamebooks in The Narborion Saga franchise already. If A Land Fit For Heroes is like it, it will have pages to read (obviously), players that control character stats at the outset, turn-based battle, items and other gear, as well as other traditional RPG elements. Fans can register for A Land Fit For Heroes game-book project and Richard Morgan’s books at the game’s official page.