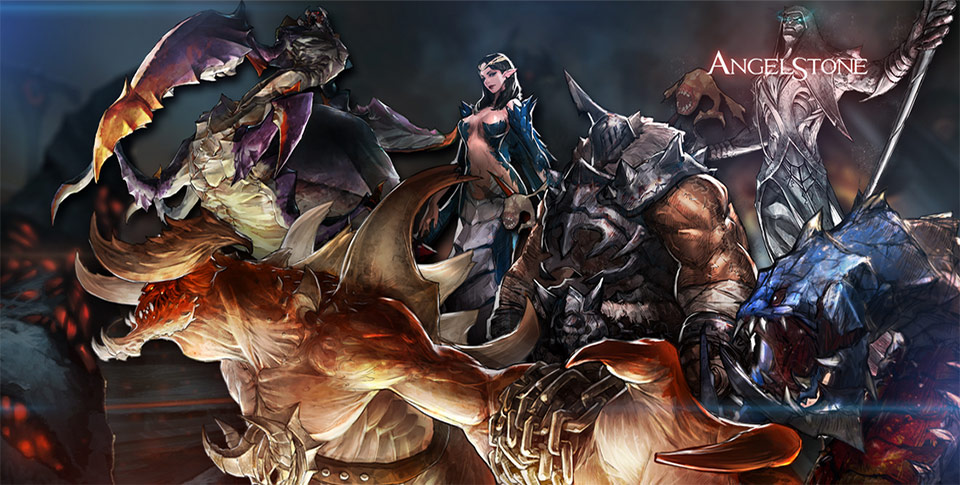 One of the games we are all looking forward to getting our hands on is the cross-platform hack n’ slash RPG Angel Stone. We’ve been following its development since it was announced a few months ago and it still looks impressive both visually and in terms of gameplay. Over the past couple of weeks, closed beta sign-ups have been available for Angel Stone, with spots being in a limited amount.

In case you missed our previous coverage, Angel Stone is a cross-platform Action-RPG title who’s storyline was inspired by the Bible as well as the ideas of prophecy, angels, and demons. This game takes place around the End of Day (the end of the world in a biblical way) where Angels have been the only thing left to protect the human race from Demons. However, there is no one protecting the Angels. This is where Angel Stones come into play. These are the remains of Angels that have fallen in battle and with them the humans who possess one can use the divine power inside them to battle the demons by becoming one of the three available classes: Beserker, Gunslinger, and Shadow Mage.

For those of you who signed up for the closed beta, you should know today whether or not you got into it. The developers have sent out emails for everyone who has been accepted into the short closed beta testing phase. It is a short period that this will run, starting at midnight PST tonight and running until June 15th, 2015 at 1:00 UCT. In other words you will only have a few days to stuff as much gaming in as possible with Angel Stone.

Once the closed beta is finished, there will be a period where the developers will take all the feedback, make any changes, tweaks, and bug fixes that need to be done. After that there might be an open beta, or they may just straight up release the game. If we can get permission, which shouldn’t be an issue, we will be showing you a hands-on preview of Angel Stone during the closed beta. This includes streaming it on Twitch. So if you signed up for this closed beta, keep checking your email, you should be getting a confirmation that you’re in if you’ve been accepted.