Noodlecake Studios is almost synonymous with fun game play, when it comes to mobile games. This time around they have teamed up with Ink Vial Studios to bring Brickies to the Google Play Store. I have been enjoying playing Anodia 2 by CLM Games, but Brickies has enough twists and excitement of its own, that I have gladly added it to my library of quick and fun games to play. As the title suggests, this is a brick breaking game, but great design choices elevate it beyond the norm.

Ink Vial Studios has released games for Android before. They include Tasty Tower and Circuit Chaser. This time around, Ink Vial Studios chose to collaborate with Noodlecake Studios to bring Brickies to the Google Play Store. If you enjoy brick-breaking games, then you should give this one a shot. After downloading it and playing a few levels, I was definitely impressed with what I experienced. 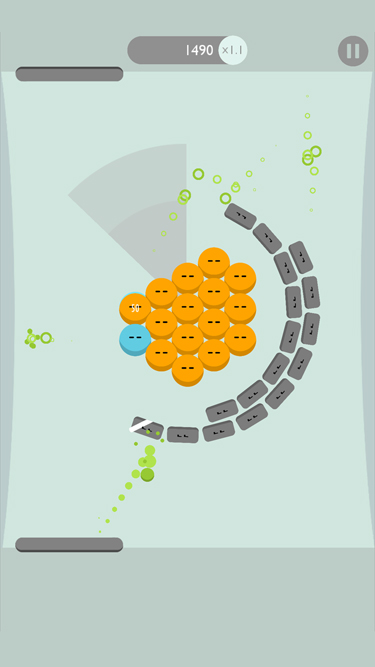 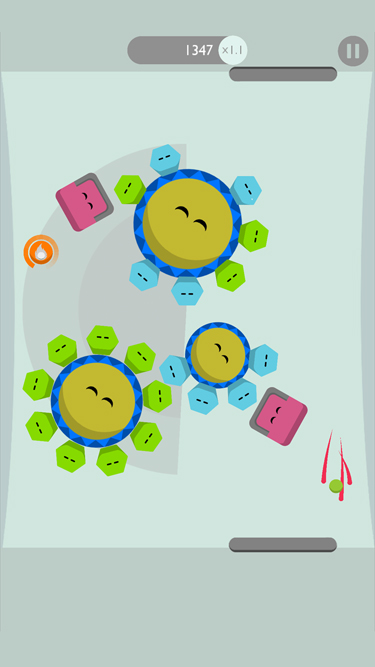 The palette of colors splashed off the screen. The timer, which is a part of each level, is a large backdrop on the screen that winds its way down during game play. This adds another level of detail, to a finely crafted screen design. Oh, one paddle isn’t enough for you? There are two for you to use to destroy all those cute and colorful bricks. What is even better, is if you miss hitting the ball with your paddle, it is okay. The ball still bounces back into play, but its color is red. It has no effect on the bricks when hit, until you hit the ball again with your paddle. It makes the game play a little more relaxing, but that clock is still quickly ticking away, and to get three stars, you need to clear the board quickly, and take advantage of the power-ups.

“Explode, shoot and cut your way through over one hundred levels featuring, action, puzzles and tricky bosses. Unlock new exciting powers as you progress through the levels, beat the timer and collect three stars.” – Noodlecake Studios

Brickies is available to download for free. There are no in-app purchases based on what I have seen, and there are none listed in the description in Google Play. The game is integrated with Google Game Play Services with 33 achievements to unlock and leaderboards for the endless game play mode.

If you enjoy playing break-out style games, then Brickies is an easy recommendation for downloading. There are a lot of levels to play, and the game play is quite varied. The game is wrapped in a perfect package that balances clean graphics, with fun game play and good music to boot!