A couple of days ago we reported on Sonic Dash and the fact that the game has broken the 100 million downloads mark, which is the total amount of downloads across all platforms. At that time there was mention of a special event that would be taking place to celebrate this feat, and that there would be special guests showing up. However those special guest were not announced and wouldn’t be until today. So who are they? Well it is the Angry Birds. 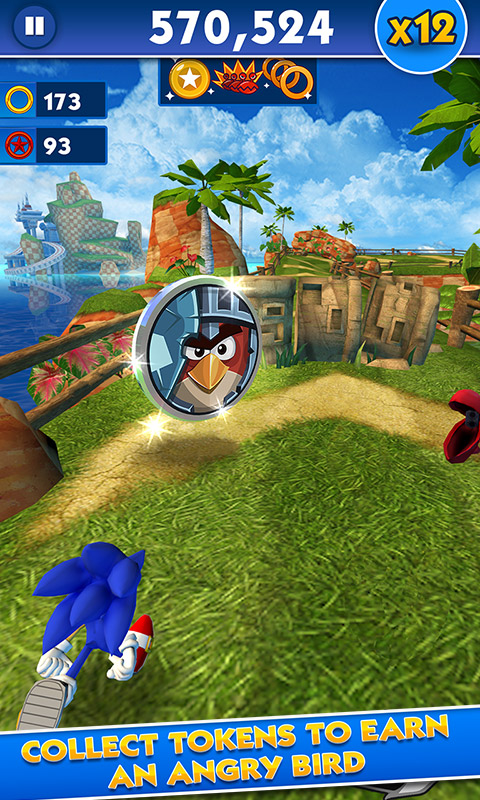 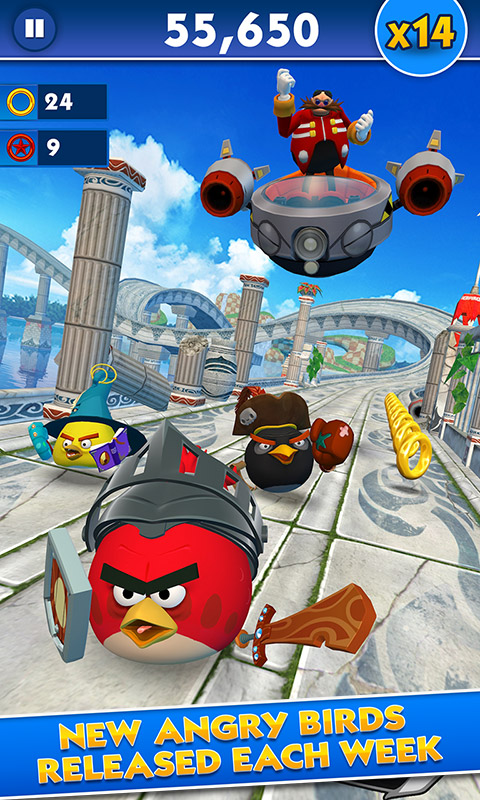 During the three-weeks this event is running, each bird will show up as either its normal self, or one of the alternate looks from the Angry Birds and Angry Birds Epic games. So that means you might see Red ‘Knight,’ Chuck ‘Mage,’ and Bomb ‘Pirate’ randomly throughout the event. The event will have players running through the game, collecting special Angry Birds Epic tokens, which can then be used to unlock other featured characters. Even though the event is three-weeks long, any of the characters you unlock will remain in the game as playable characters even after the event ends.

If you’re lazy, or just don’t have enough time to unlock the characters through gameplay, the three birds can also be purchased and unlocked using in-game currency. This event begins today, will run for three weeks and is available on all version of Sonic Dash.