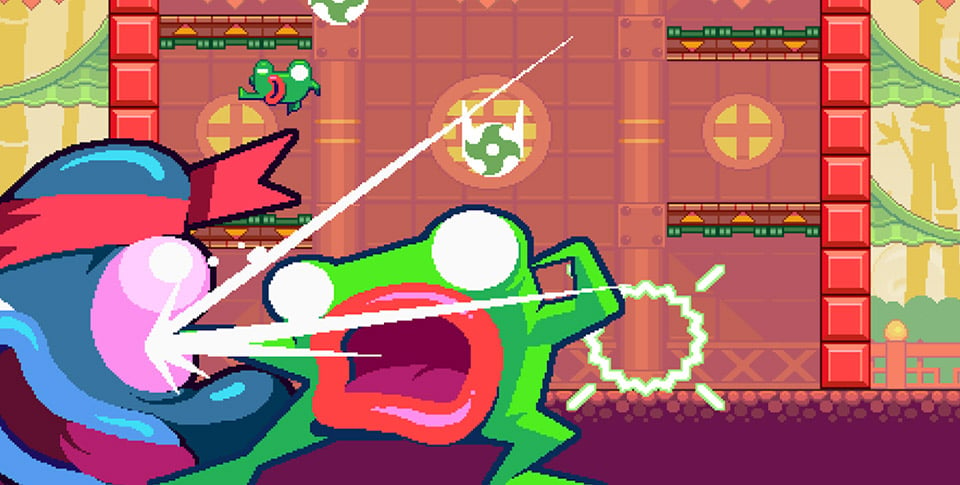 Nitrome has been quite the busy little bee when it comes to developing games and releasing them, with games being launched on a pretty consistent basis over the last few months. There is a new one out today that features a frog who is also a ninja, which is definitely a good thing. Who doesn’t like ninjas? The frog part is just a bonus.

Green Ninja: Year of the Frog is the official name of this game and players will be put into the role of controlling our hero in this game, a deadly frog ninja. Apparently you were captured by evil ninjas at some point, but now that you have managed to escape, you are off to seek revenge on those evil ninja who captured you. 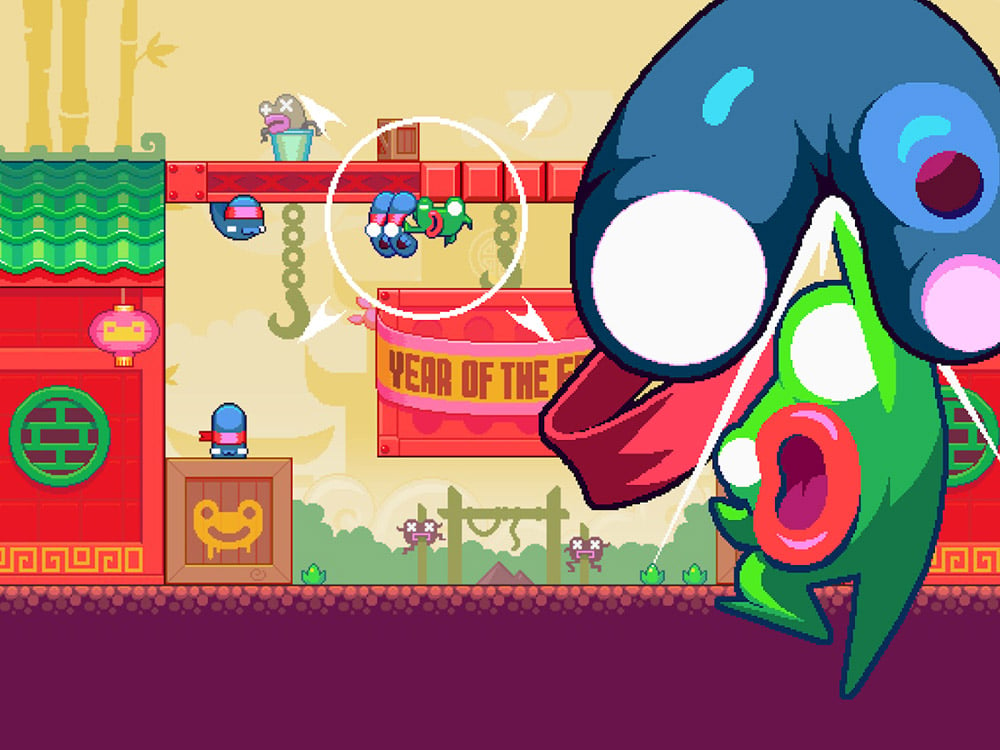 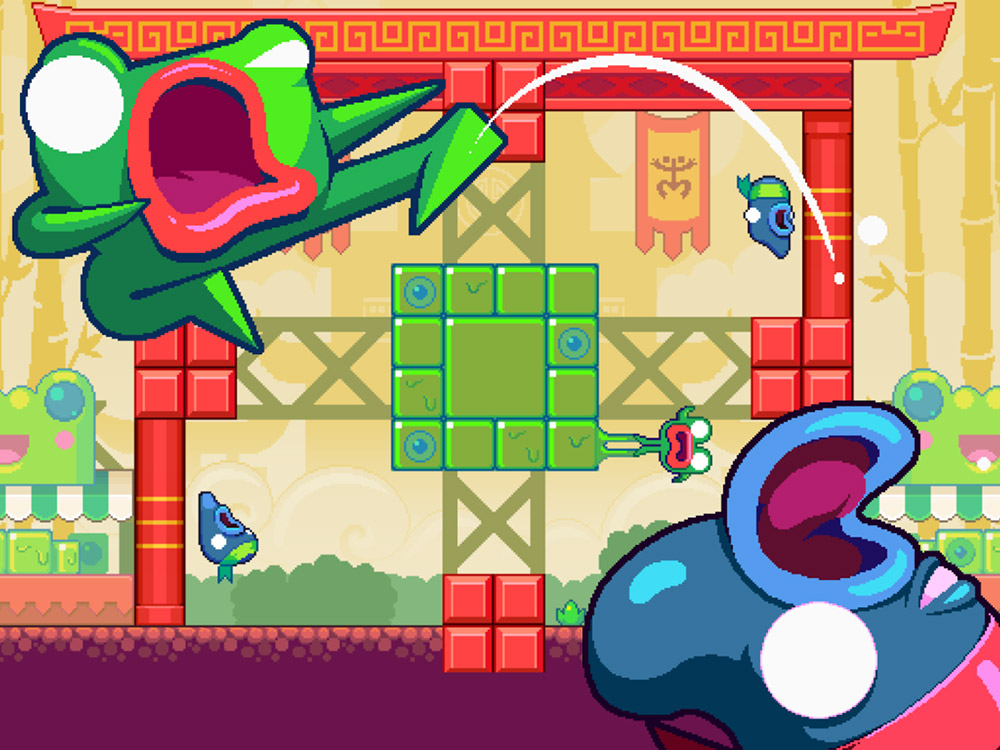 • Unique Kung Fu turn based action puzzler.
• Smash your way through tons of levels – we give you optional challenges as well in case you get stuck.
• Easy small puzzles that eventually lead up to brain-melting challenges.
• Super simple controls. Swipe left, right & up is all you need to move around.
• Cutting edge pixel graphics!

While at first glance this may look like an action-arcade game, but it is actually a turn-based action-strategy title instead. Like most of Nitrome’s games, Green Ninja starts off easy but quickly gets a lot more challenging. Luckily the swipe controls are simple to learn, swipe left/right/up to move around. This means you can worry about completing each stage instead of trying to learn a bunch of controls. Everything is wrapped up in Nitrome’s pixel art.

Green Ninja: Year of the Frog is available for download off of Google Play for free and it does come with optional IAPs as well.