This is a new Minions themed game heading to mobile devices soon. It is a casual type of game where players will be able to go on quests as well as build up their own Minions paradise with rides, stores, and other goodies. So it is a bit of a mix of adventure gaming and casual city building/management gameplay. 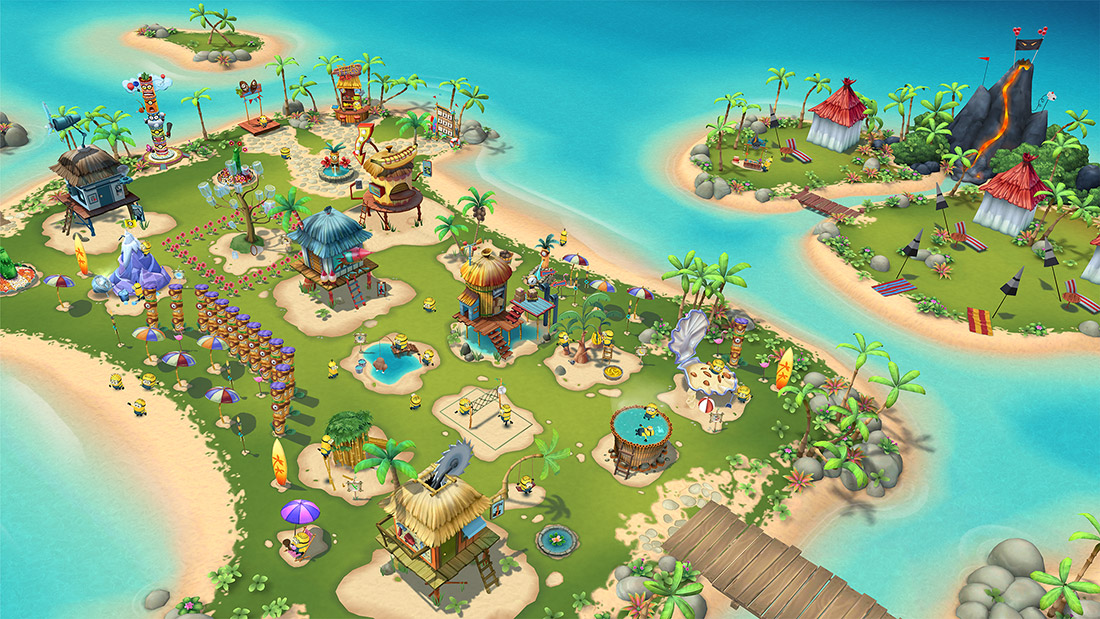 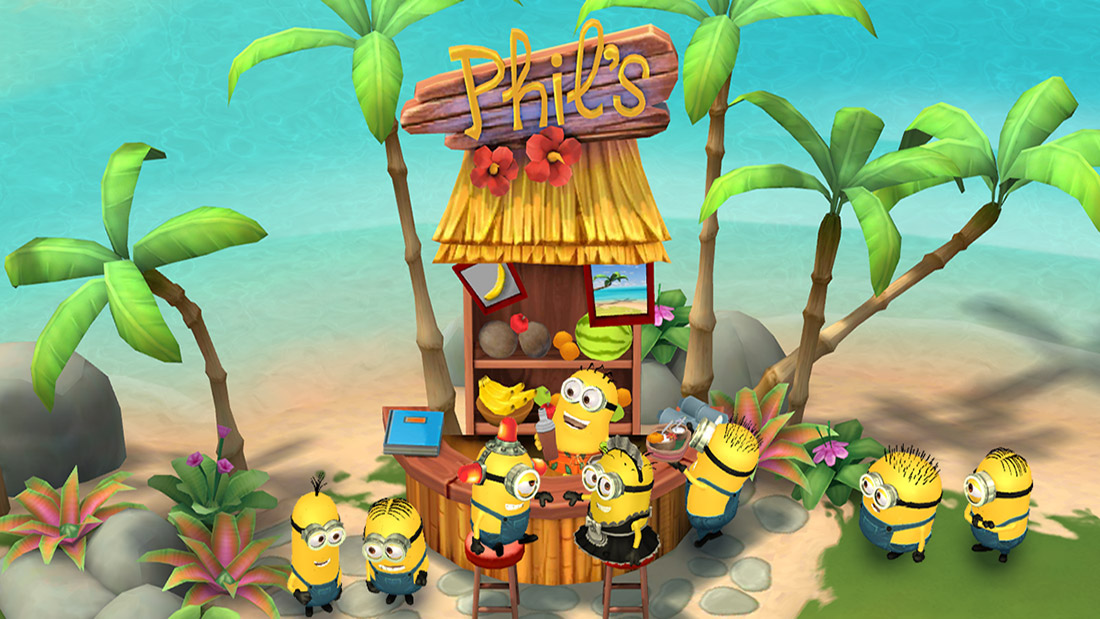 • Unleash Your Creativity: Help Phil build the perfect Minions Paradise! Customize your island with hot tubs, hammocks, and beach volleyball courts. Plant firefly trees, harness power from electric eels, and grow bushels of bananas to make an island paradise for Phil and his Minion buddies.
• Explore Your Paradise: The more land you get, the more fun your Minions will have! Become an expert at alligator waterskiing, throw mangoes from hot air balloons, and dive off waterslides.
• Party with Your Favorite Minions: Share your paradise with Kevin, Stuart, and Bob from the MINIONS movie! Make all your vacation dreams come true and be joined by all your favorite Minion buddies.
• Take Villainous Vacations: All Minions need a villainous boss to serve! Aid Phil in building a special resort for all your favorite villains from the MINIONS movie. Help these despicable characters enjoy paradise while putting their own dastardly plans into motion.

This will be releasing onto mobile devices soon and will be free to download with optional IAPs (most likely).

This new Star Wars game is a new CCG (Collectible Card game) which will feature numerous character from the Star Wars universe. Interestingly enough, out of this and Minions Paradise, this was the game they spent less time on showing off and talking about, which means one of two things: They know people are not big on CCGs as much as they used to be and are hoping the Star Wars name carries this one, or two, that this game is very much in the beginning stages of development. Either way, not much was mentioned in the way of details or release time.

While not a new game, EA has also announced a whole new season that will be coming to Madden NFL called Score Season. 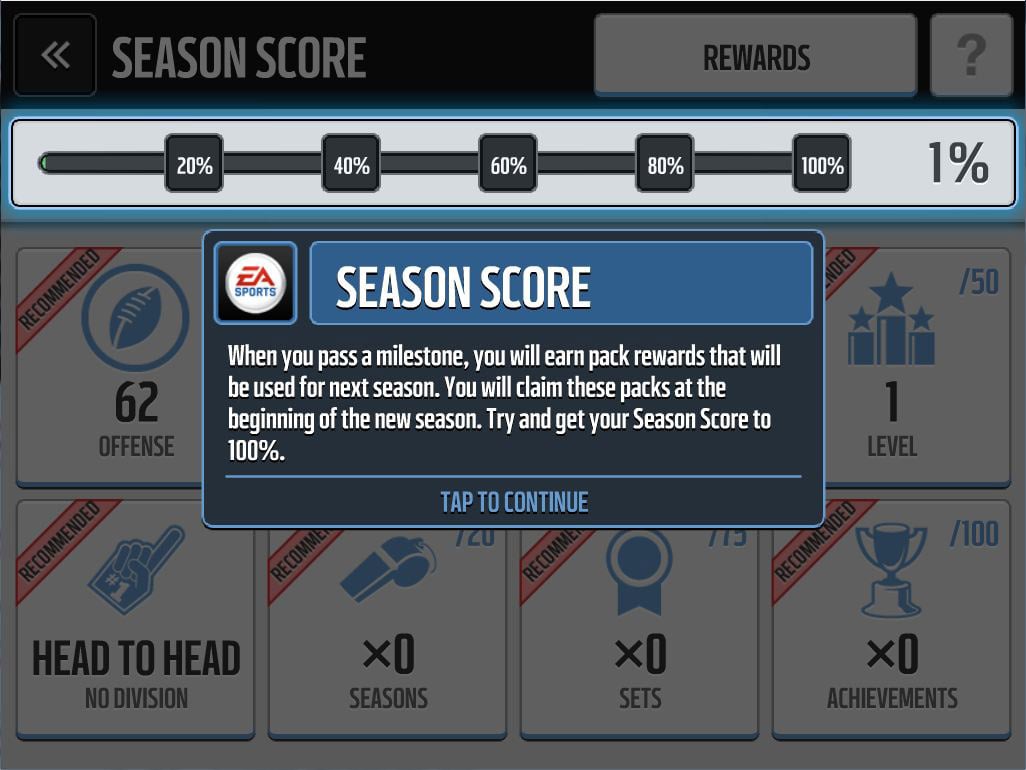 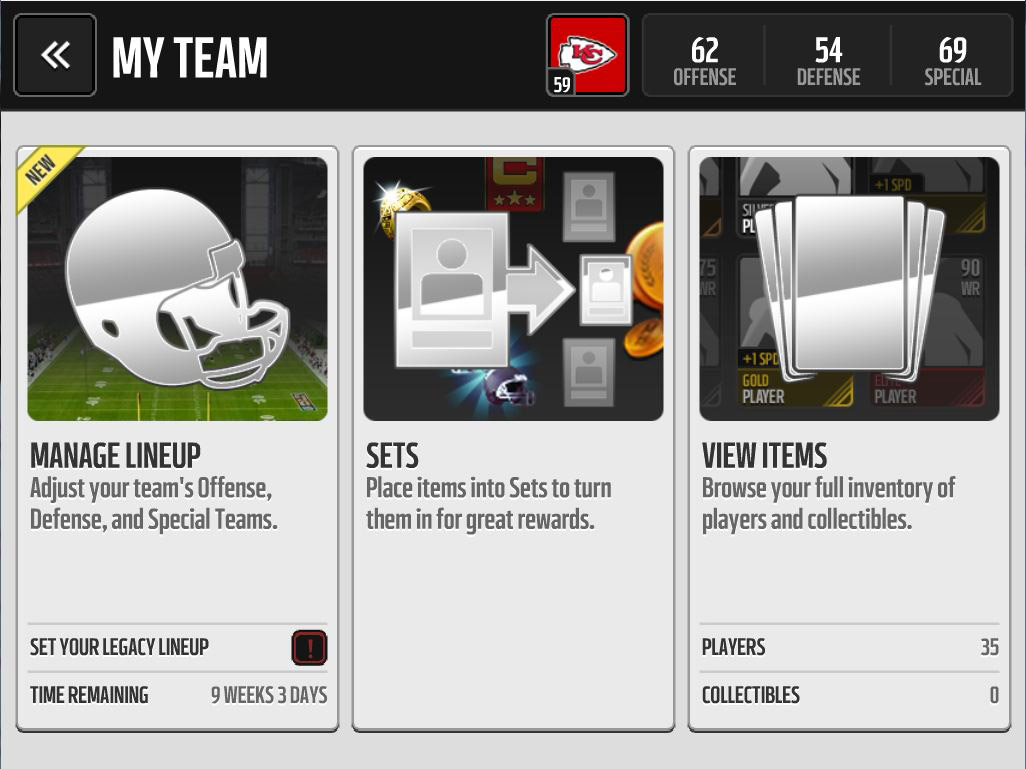 Here is what to expect when this arrives:

Fans will be able to boost their Season Score by continuing to improve their overall team rating, finishing seasons, improving their overall level, winning head-to-head match-ups and more. Key actions such as these will contribute to your final Season Score, and the better your score when the new season starts on August 19, the more rewards you’ll earn.

An additional player benefit of Season Score is that at the end of this season players’ current teams will be immortalized as Legacy Teams, which unlock special challenges when the next season begins. These unique events are restricted to Legacy Teams only, and will feature big rewards. The better your Legacy Team, the better your chances of victory. Utilize Season Score rewards and your Legacy Team to jumpstart your new Madden NFL Mobile team, racing out of the gates and positioning yourself for dominance.

Finally, a new season brings new features, including the brand-new wide receiver mode. Players will get a sneak peek of the mode starting this month, with special events where you take control of a receiver and attempt to get open and make big catches in the big moments.  Other new features for the new season include spontaneous challenges with special rewards, as well as a complete refresh of the interface that makes the game easier to navigate.

This has arrived and is now available via the new update that is available over on Google Play. If you don’t have this game and want to check it out, downloading a copy of this game is free.