Having been out for awhile now for Android devices, Machinarium is a delightful little adventure that’ll have you grinning from ear to ear when you’re not scratching your head in complete bafflement. It’s developed by Amanita Design, a small indie studio from the Czech Republic that made a name for itself years ago with a lovely browser-based game called Samorost, mixing animation and macro plant photography to create a surreal space adventure with a distinct organic feel.

Update: June 15th, 2015 2:46pm PST: And just like that the Shield console version of Machinarium is now showing as available on the Shield game store here. However, the Google Play listing doesn’t show the update yet, but you should be good to go.

Like Samorost, Machinarium is a beautiful point and click adventure, only lacking in greenery; instead it takes place in a metallic steampunk world inhabited entirely by robots; they even have their own robot pets. You take the role of Josef, a weedy little android who starts the game in bits on a rubbish tip. After literally pulling himself together, he’s off on a gentle-paced adventure.

It’s clever and imaginative adventure fare in which you explore your rusting metal world, collecting useful objects along the way and using them to solve an assortment of puzzles to progress further into the city of Machinarium. An early puzzle gives you a taste of whats to come, challenging you to disguise yourself as a police robot to get across a drawbridge. It’s a matter of putting together a convincing costume using bits of rubbish lying around, and it sets you up nicely for the rest of the game. 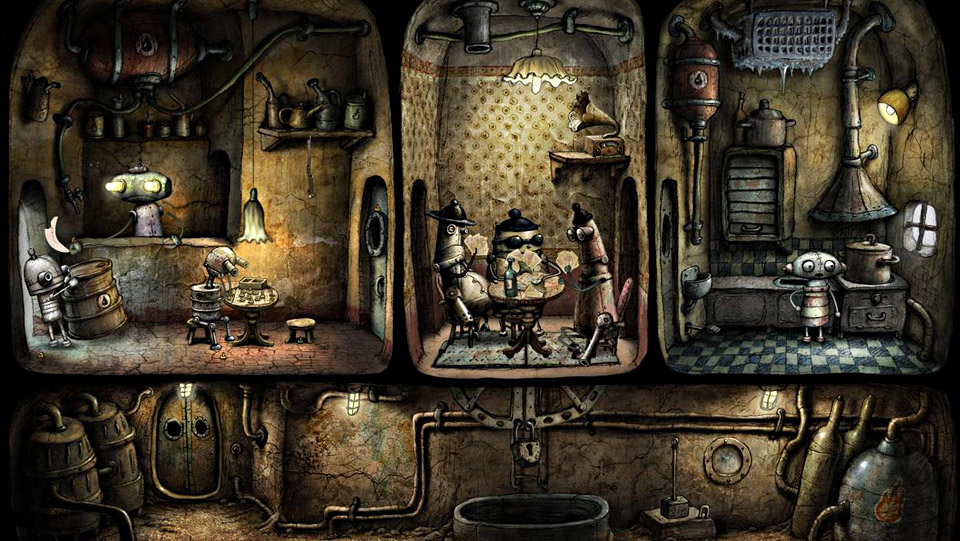 Most of the time you’ll find that you make pretty steady progress; the majority of the puzzles are fairly easy on the brain, and even when faced with an apparently insoluble problem you’ll soon figure out logical ways to combine and use objects and get a bit further. There are on-screen tips that you can use – plus a walkthrough if you’re completely stumped – but there are only a few points in the game where you might have to make use of them. Every screen is so crammed with detail that there’s always going to be something you’ve overlooked; just have a good old look around and you’re bound to come across something helpful that you’ve missed.

You’ll also come across some actual puzzle along the way – mazes, logic problems and sliding block puzzles – that you’ll have to solve to get past certain bits of the game. Again, there’s nothing too tricky; a clear head and a bit of thought will see you past them all without much difficulty.

Perhaps the best bit about Machinarium is how it tells its story – a good old-fashioned mix of saving the city and getting the girl while getting your own back on the robot bullies who used to kick sand in your face – without any text, using animation and the occasional pictogram to get everything across. If you hate having to listen to loads of tedious exposition or read through massive chunks of flowery text, Machinarium’s mute storytelling is a breath of fresh air, especially when teamed up with the atmospheric soundtrack.

Machinarium is available off of Google Play for $4.99. Currently in testing phase, the update for Machinarium which brings Shield Android TV console compatibility will be arriving shortly. When it does arrive, it’ll bring 1080p resolution to the game which will look pretty crisp on the Shield console on an HDTV. 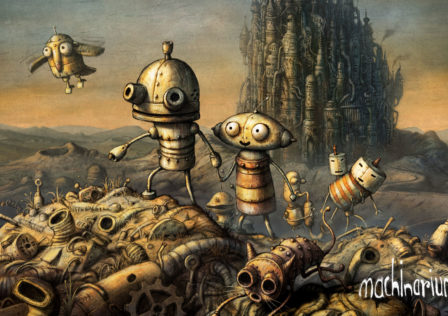 Machinarium and Samarost 3 Are 99c Each Right Now on Android