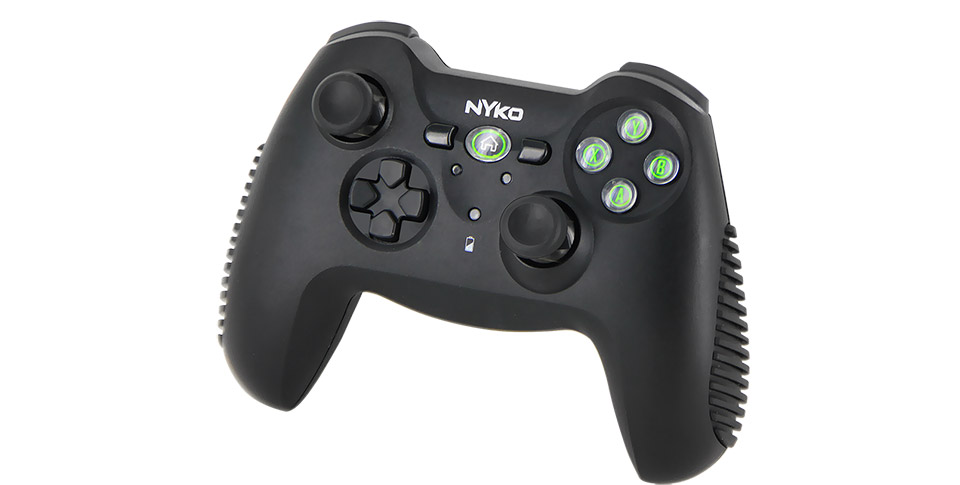 Nyko’s older controllers featured a more round edge design, while the new Cygnus is, as you can see, much more smooth and ergonomic design to it. Button placement hasn’t changed too much between the old and the new controllers either. However, one big change are the side grips which are much bigger on the Cygnus. These grips actually help a lot at times when holding onto your controller versus one without any real extra grip.

In the middle you have your usual start, select and home buttons like always but this time all three LED indicators are also located in the mid section near those buttons. Previously, the Playpad Pro only had a battery indicator while the normal Playpad had two LEDs, which honestly never made sense. It should have been the other way around. The Cygnus has all three right there instead.

The Cygnus will run off of any Android 3.0+ device or set-top box and uses two AA batteries to power it. No word on a launch date, although it will release this year. Price will be in the lower end of the spectrum, coming in at $24.99.