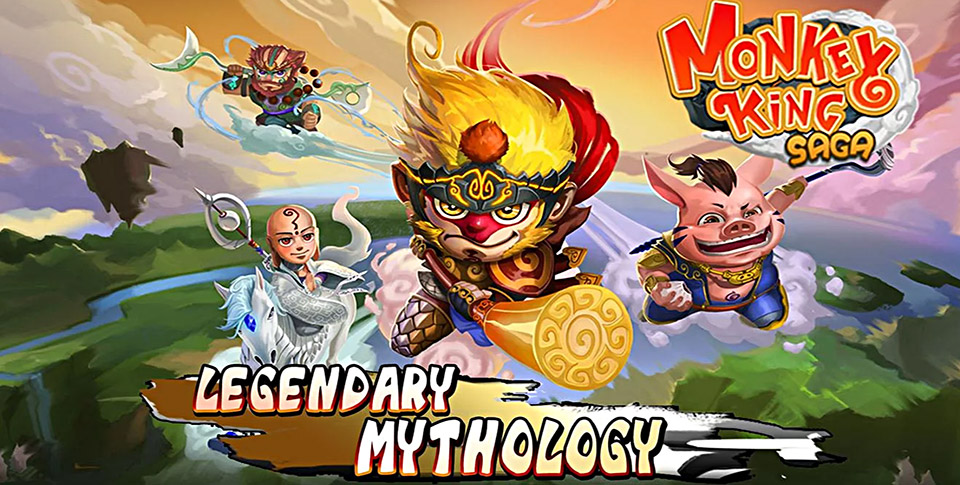 Based on the “Journey to the West” (a 16th Century Chinese novel), Monkey King Saga is a tower defense game that uses the novel’s characters to help protect the monk on his journey west. Players will summon, defend, upgrade, and pray, all in their effort to help the monk acquire the sacred scrolls and restore peace.

Players will control Monkey King, Pigsy, and Sandy, and will do so simultaneously. The heroes can be freely moved about the various hands painted landscapes. Enemy monsters can be caught and trained to fight as allies as well. 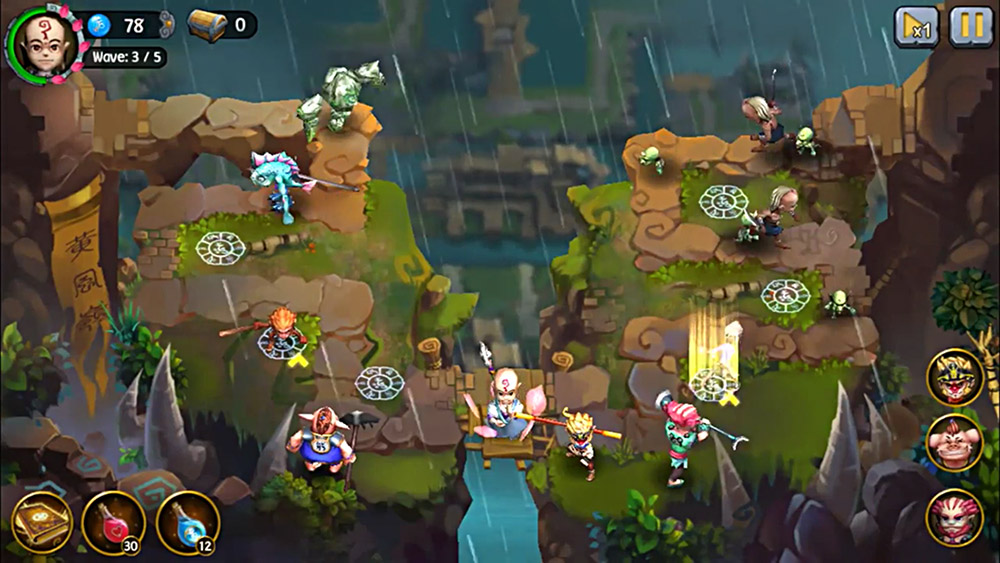 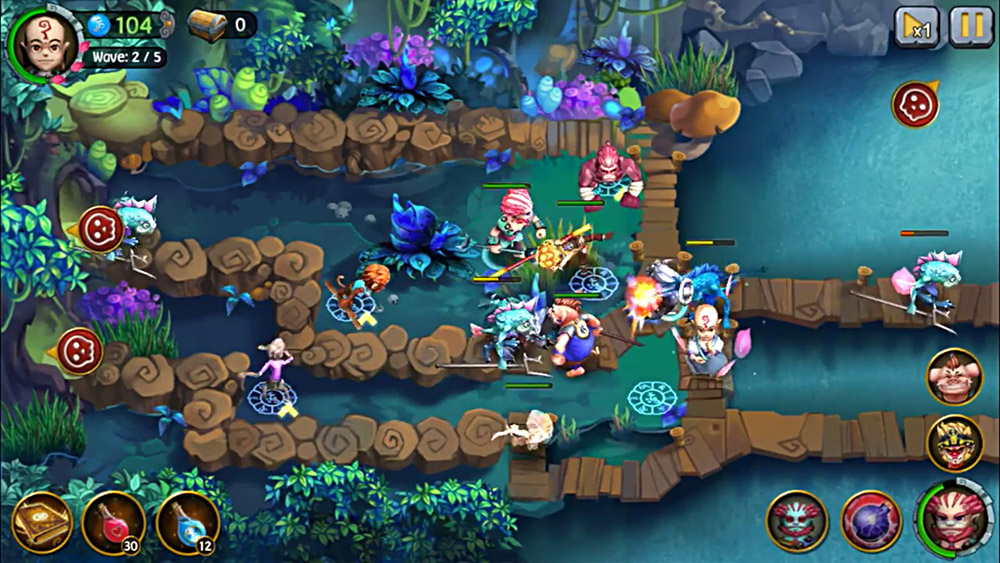 – EPIC BATTLES: 115 battle modes over 23 unique hand-painted maps to take your Heroes on the journey of a lifetime.
– ADVANCED COMBAT: Freely move your Heroes using touch-and-place movements and character action buttons to attack, transform, set bombs, super jump and more
– INTELLIGENT ENEMIES: Over 50 unique monsters, each with their own attack abilities that you can capture, collect, evolve and level up as they become your own Allies
– SOCIAL REWARDS: Call on the help of your Facebook friends to earn Heavenly bombs such as Crushing Buddha Palm, Blizzard, Deity Curse and more, to bring down the might of heaven on your enemies
– DEEP RPG SYSTEMS: Train, equip, and upgrade a massive number of impressive weapons, armor, and magical items to ensure your Heroes and Allies are battle ready
– STUNNING VISUALS: Beautifully realized 3D world, with highly detailed and fully animated characters and gorgeous, hand painted environments.
– CLASSIC MYTHOLOGY: One of the most famous stories of all time in an all-new innovative, action defense game

Right now Monkey King Saga is available in select regions as a free download off of Google Play with optional IAPs available. As for when a worldwide release will happen, we are waiting to hear back from Tapstar regarding that but it shouldn’t be too long of a wait. In the meantime, you can check out this game in action in the video below.