Today SteelSeries has announced that the Stratus XL will be coming to Android in the very near future. Unlike SteelSeries older controllers (called the SteelSeries FREE) for Android devices, which were small and meant to fit into your pocket easily, the Stratus XL is a full-sized controller with all of the buttons and joysticks you would expect to find on a controller of this nature. Here is the setup you’ll find with the Stratus XL: an 8-way directional D-pad, two high fidelity clickable analog joysticks, four face buttons, and a total of four shoulder buttons (two top shoulder buttons and two analog triggers). 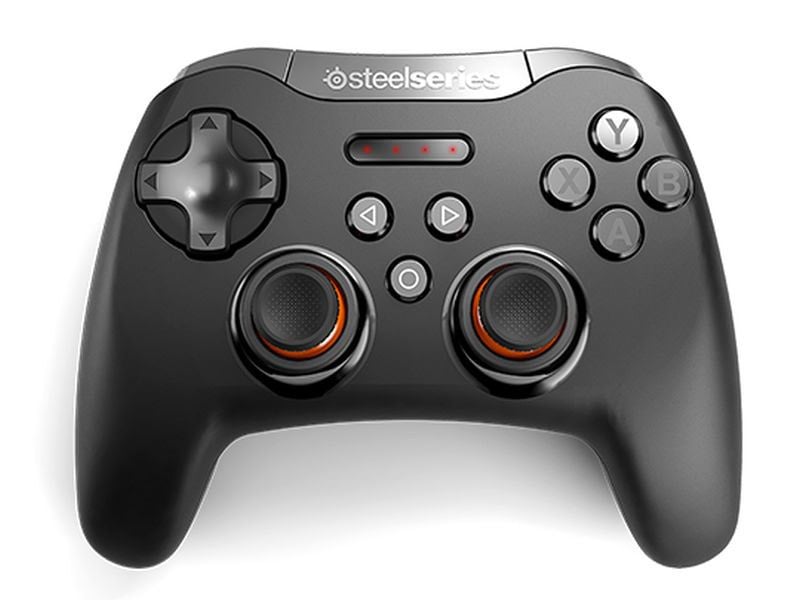 One handy little feature is that the Stratus XL also comes with four LEDs for player indicator and battery status level, as well as three center buttons allowing for easy navigation in games and Steam Big Picture Mode. The Steam Big Picture Mode compatibility will be especially useful for Shield device owners GameStreaming Steam games onto your Shield device or console, although the controller can also be used for gaming on Windows. Lastly, the Stratus XL will last around 40 hours off of the AA batteries that power it, which is pretty decent.

So when can you get your hands on this? The Stratus XL is slated to go on sale for Android devices sometime in July. Pricing hasn’t been made official for the Android version, but should be close to the iOS/Windows compatible versions which range between $59.99-$69.99 Of course SteelSeries is at E3 and we will be fondling this controller later this week as well as getting confirmation on pricing.