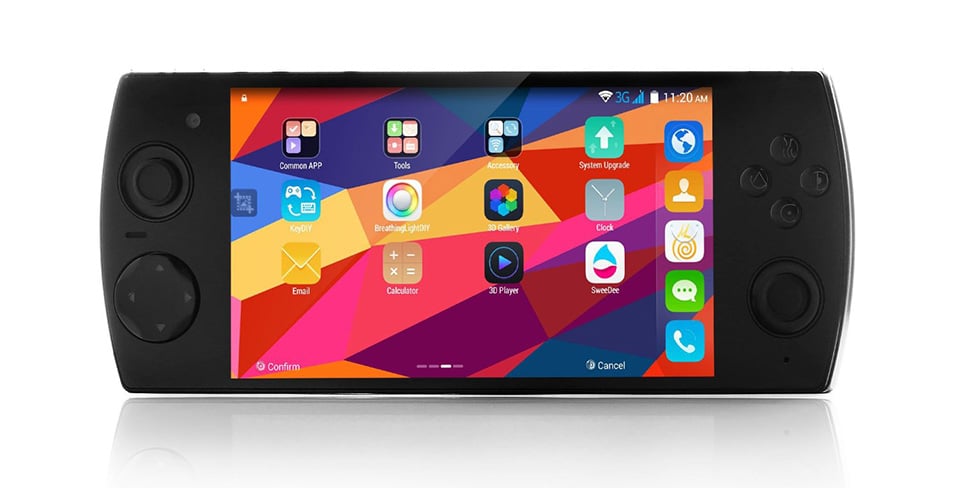 There is actually two versions of this Android phone, but it seems that since CES 2015 The W hasn’t had much news regarding it. The different between The W and The W3D are slight hardware differences as well as the W3D has glasses-free 3D visuals, while The W does not have this feature. Glasses-free 3D has tried to break into Android gaming a few times in the past years, with most attempts falling short in the quality department. The W3D actually has glasses-free 3D visuals (can be toggled on/off) that actually work and look quite good.

– 2.2 ghz 8-core high-speed CPU
– 2GB of RAM with 16GB of internal storage
– 5.5″ 1080p HD screen
– Glasses-free 3D displays with eye-tracking synchronization
– Physical gaming controls (dual joysticks, D-pad, four face buttons, shoulder buttons)
– Android 5.0 (not 100% confirmed but it was what they mentioned previously as being the OS for this)

Since this is a gaming-centric Android phone, users will have pretty much full gaming controls available permanently on the W3D. These include dual joysticks, four standard face buttons, shoulder buttons, and a D-Pad. This device is also open source so you can fiddle with it as much as you want. Battery life is pretty solid too as the W3D comes with a 4000mAH battery which will give you 10 to 16 hours of battery life on standby. The big feature with this phone is built-in button mapping. So if you want to play Android games with touchscreen based controls, you can play them normally like that or map the buttons to the physical game controls that comes with the W3D.

Pre-orders for the W3D are now live and will only be available exclusively on Amazon. Picking up one of these phones will run you $399.99. This comes unlocked and fully compatible with CDMA and GSM network including 4G LTE support. If you want to take a closer look at this phone, definitely hit up our hands-on with the W3D from CES earlier this year. We should hopefully be getting our review unit in shortly, so look forward to our full review of the W3D soon.