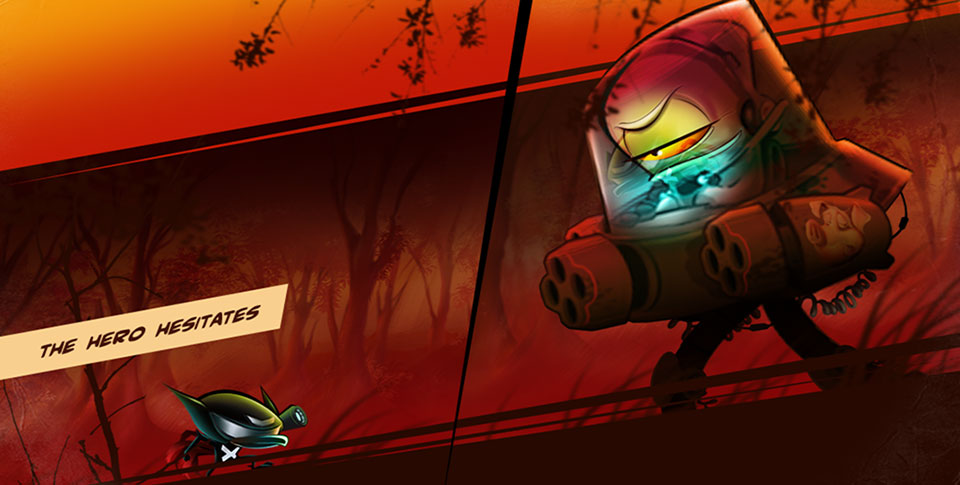 Bacon is a delicious meat that should be savored and worshiped by all. There is a new platform shooter heading our way next week, called The Abduction of Bacon at Dawn, The Chronicles of a Brave Rooster, that will have players trying to rescue this delicious meat because aliens have started abducting all the pigs on Earth.

In The Abduction of Bacon at Dawn, The Chronicles of a Brave Rooster, or simply just Brave Rooster, aliens have kidnapped pigs and at first it isn’t immediately known as to why the pigs are being taken, until a lot of scientific research was done that discovered bacon is essentially to our health and should be consumed in large quantities. If we don’t have the bacon, we get sick and die. It’s a devious plan by the aliens to kill us off and take over the world. 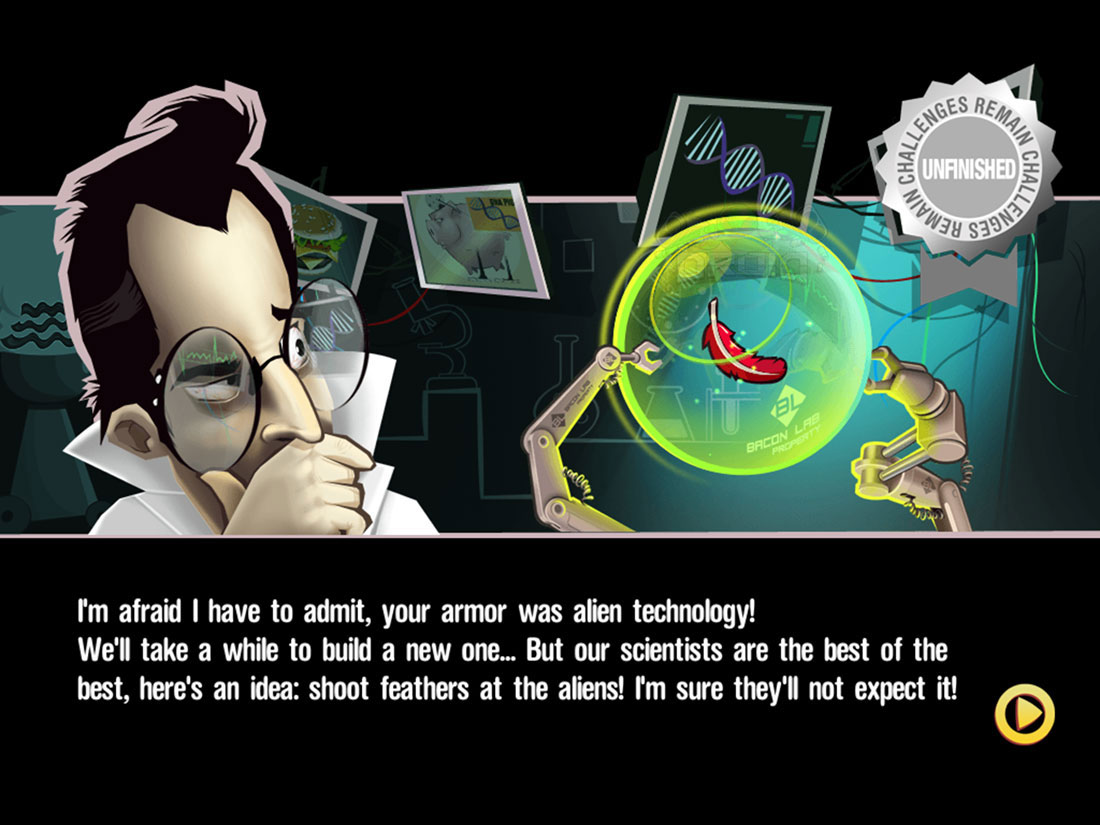 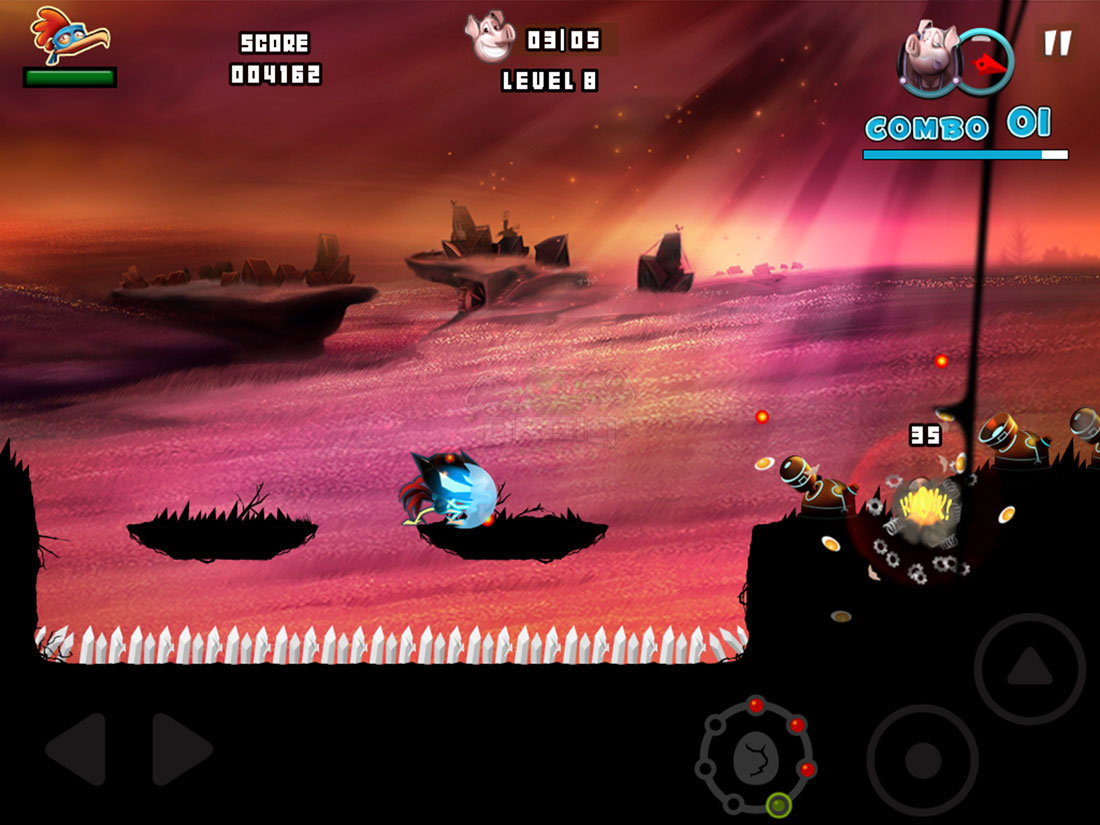 There’s one problem though and that is believed that human can’t see the aliens, and eventually even if they could they would get sick from lack of bacon consumption. However, all is not lost as a lone Brave Rooster can see the aliens at dawn, and can fight back to save the bacon and the human race. Players will take control of this brave rooster, fighting back against the aliens and their UFO ships as well. The controls are simple enough, you’ll be jumping, shooting and stomping your way through all the enemy aliens, eventually getting to the final boss.

As you can imagine, there’s plenty of humor in this game as well. Along the way players will be able to upgrade their weapons and armor as the enemies become harder to kill. There also happens to be plenty of challenges to complete on top of saving the bacon, most of which require players to play levels multiple times. You’ll be able to do that with the new weapons you get, so your progress in the weapons and armor stays with you. 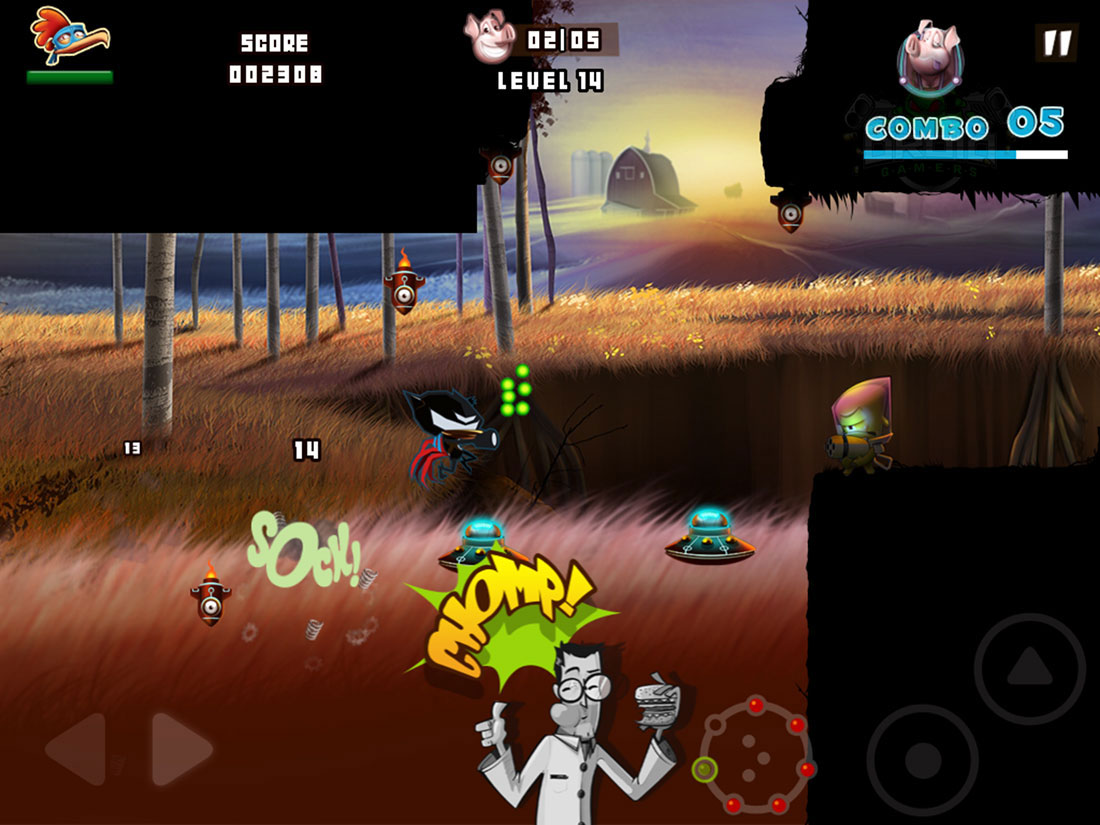 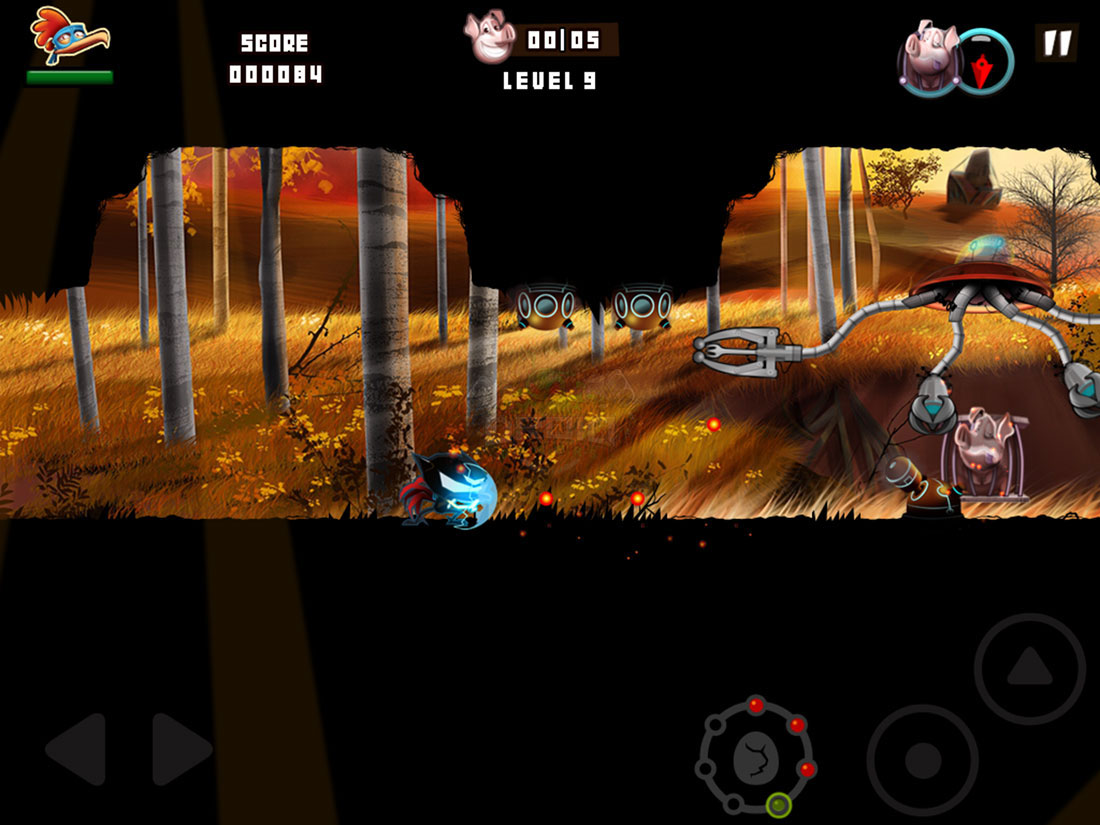 For those of you interested in picking this game up, you’ll be able to snag a copy of The Abduction of Bacon at Dawn, The Chronicles of a Brave Rooster off of Google Play next week on Thursday, June 25th. As for pricing, no word on that just yet. Until next week though you can check out the gameplay in the video below.