Drop That Beat is a sort of rhythm-based game where players will be keeping their finger on your phone or tablet while listening to EDM music and when you think the DJ will ‘drop the beat’ in the particular song you happen to be listening to, that is when you remove your finger from your mobile device, as close to it as possible. There’s a couple of unique features with this game, one being that you can actually win tickets to live events.

Drop That Beat is actually a web-based game that is also mobile compatible, so you can play it on your mobile devices by going to the official site. This game has both a single player and amultiplayer mode. Single player is pretty obvious, you’re playing on your own. Multiplayer means you are hosting a game, and playing against other people (up to 4) that join your game. You’ll pick four songs and everyone in that game will be guessing when the beat will be dropped in it. You don’t listen to the full song though, just some of it right before the beat drops and any part of the song after it drops that you’re still holding down the button. 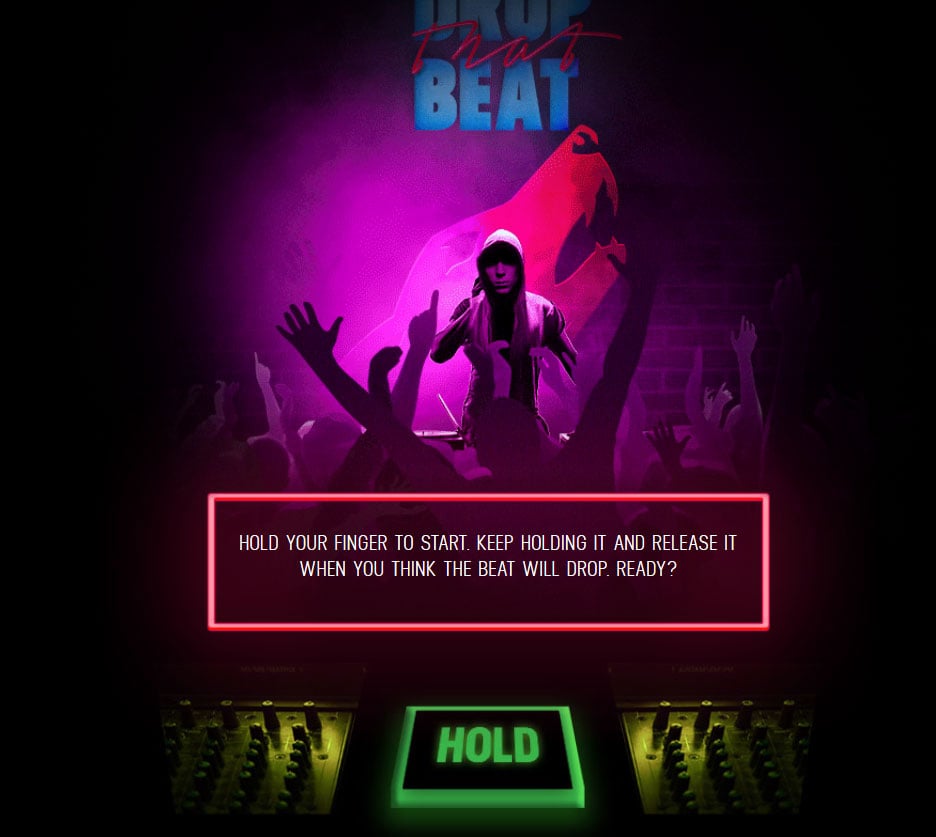 The music for this game comes from pretty much every major DJ, producer, and label in the EDM world and is constantly being switched with new songs. That way people don’t just memorize every song and win all the time against other people. There is also a pretty unique mode where you can play the game while music is being played live at various events around the world like EDC, which ironically starts today here in our hometown of Las Vegas.

This game is free to play and doesn’t require anything to download. If you like any type of electronic music, you might want to check this out, if for no other reason than to try and win tickets to some of the live events. You can check out the game in action by watching the incredibly cheesy trailer that happens to be sponsored by some Vodka company in the video below.