People who play Gamevil’s Puzzle-RPG called Dungeon Link have been waiting for a few particular features to show up in the game since its initial release. Today Dungeon Link has been updated and one of the more requested features has finally arrived this morning, which is the additional of a fully functioning Guild system.

Dungeon Link finally has Guilds, where players can team up together under a common name. Even though Guilds are now a thing in Dungeon Link, Guild Battles are not enabled as of yet, so this period of time is for building up your Guild membership as well as your Guild level. Guilds can be leveled up by contributing money to it and buying the next level for your Guild once enough have been put toward it. The higher the level your Guild is, the more members it can have as well as the more benefits/rewards you get. Creating your own Guild will set you back 100K gold, which isn’t that much in the grand scheme of things.

Guilds are not the only addition to Dungeon Link with this update either.Two new heroes have been added to the game as well – Cosmo the Android, Rock the Thief. No, Cosmo doesn’t look like our favorite OS mascot unfortunately. Skip Tickets have also been added to the game, allowing you to earn Skip tickets now. 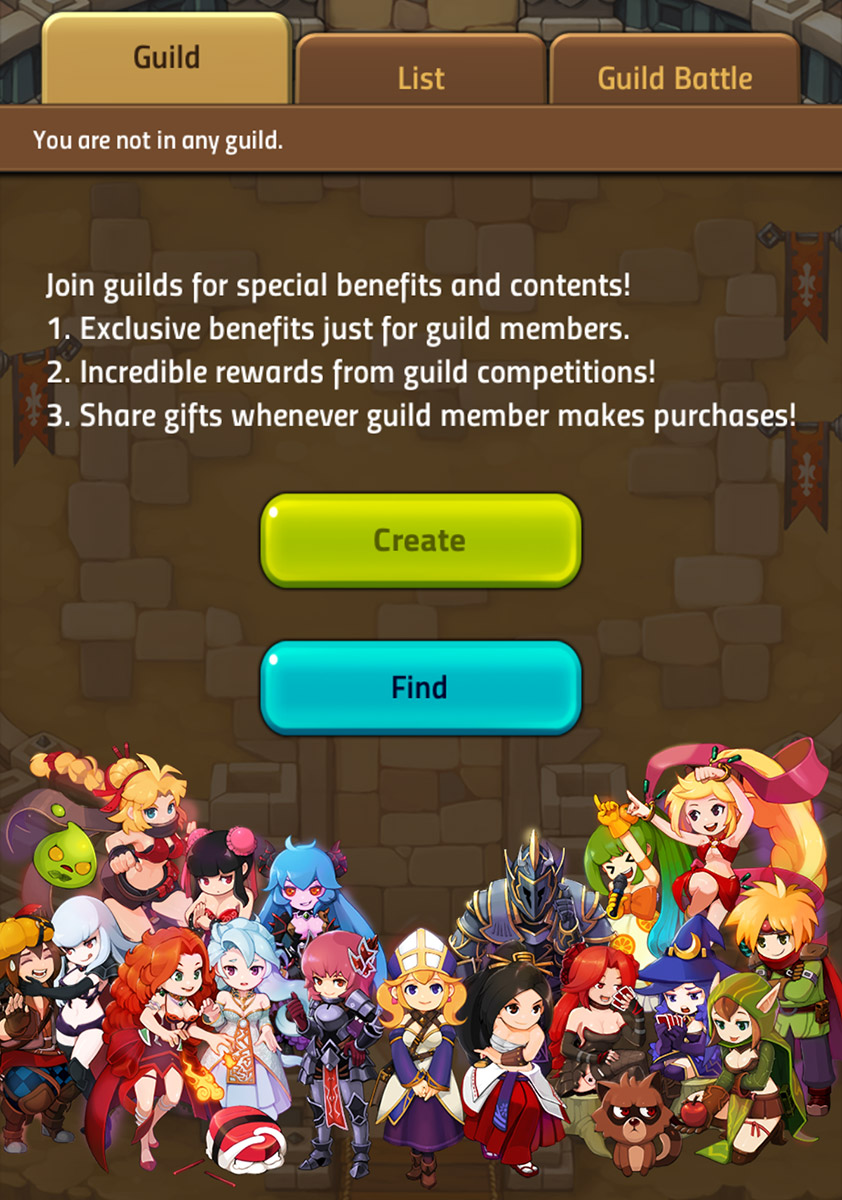 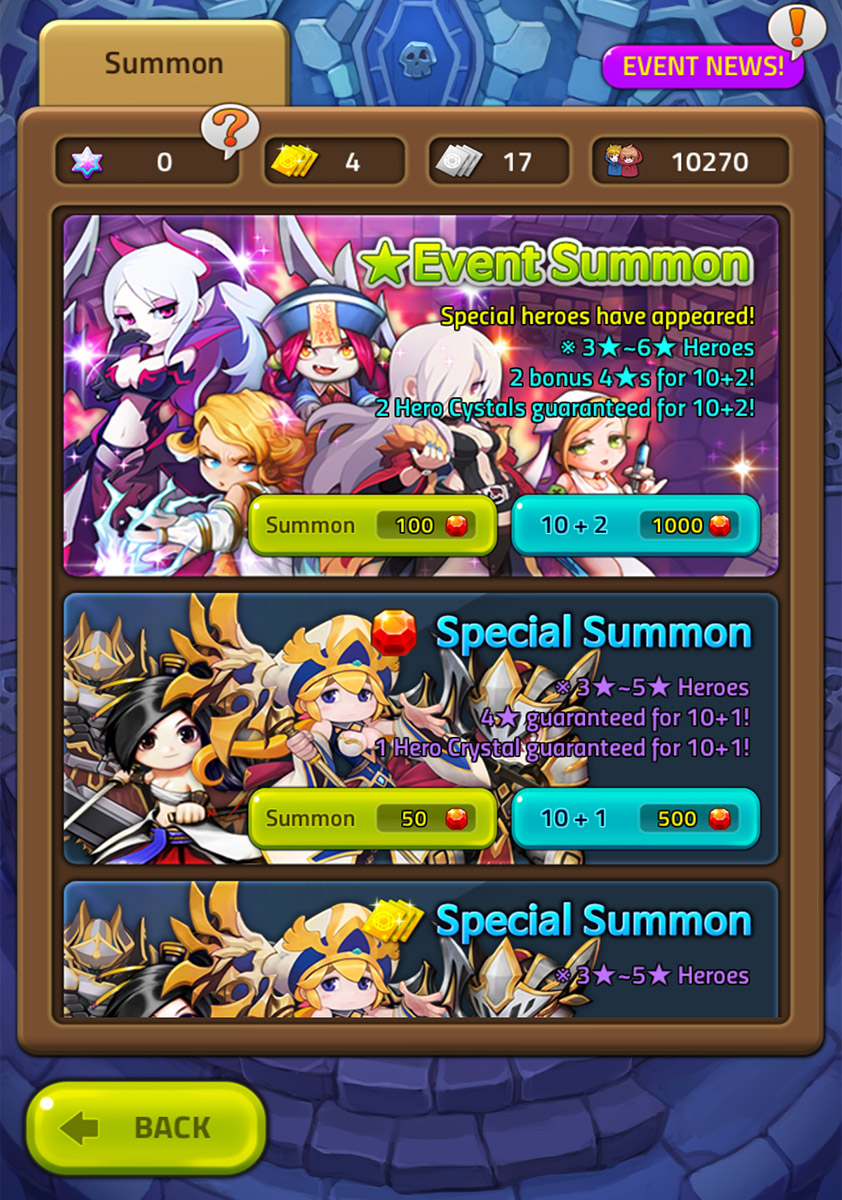 Hero Crystals are also now available in Dungeon Link. Hero Crystals are a new item players can collect, either through using certain (Event or Special) Summons in the Lab or by combining two 6 star heroes together. Once you’ve collected 50 Hero Crystals, you will be able to go to the Lab to some a random Story Hero. While at first we thought this might break the game, allowing players to start getting story heroes at a lot faster of a pace, making everyone shoot up in power suddenly. However, collecting 50 Hero Crystals is not an easy task and takes quite a bit of time. You will either need to do 50 6 star hero combines or spend 25,000 gems on Event or Special summons in order to get enough Hero Crystals to summon one Story Hero. So it is more of a thing you do slowly over time.

Lastly, Dungeon Link has a few balance issues resolved and other issues fixed. These are monster healing has been fixed to not repeat, increased Sword limit per account levels have been added, Hero’s have been balanced better, 6 Star Soprano defense stat has been fixed, attendance rewards will now go into a player’s mail box, Achievement “Beast Master” now has increasing requirements.

If you play Dungeon Link, this update is now available as of this morning for download off of Google Play. If you want to check this game out, downloading a copy onto your Android device will cost you nothing.