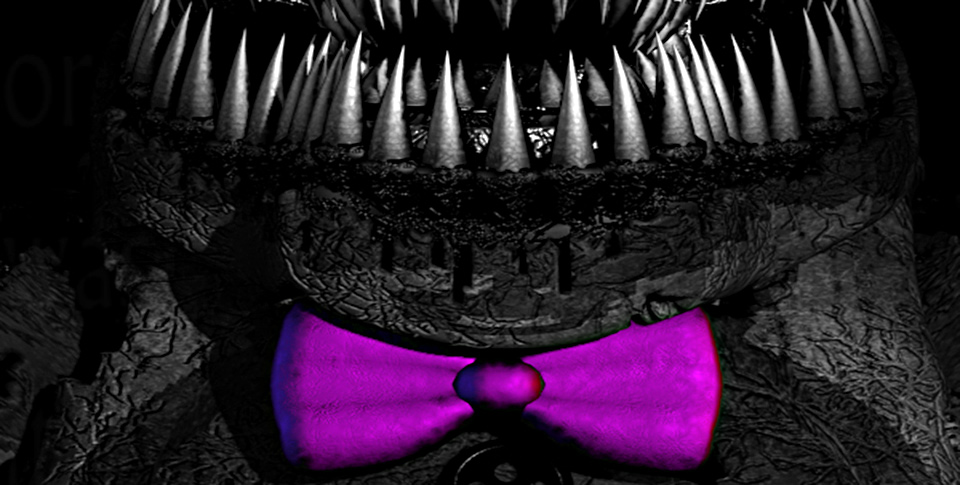 Back in April of this year we reported on Sc0tt Games announcing the next installment into his Five Nights At Freddy’s series and that it would be coming this Halloween. Sc0tt Games also likes to post strange and generally creepy teasers, whether that be a video or images, in order to make sure those of you who are fans of the series are nicely creeped out before the next game release.

It seems as though Freddy has evolved a bit with the new teaser image that is now showing up on Sc0tt Games’ website. Freddy’s teeth seem to have grown a bit, and he also seems to have grown a second mouth with almost equally large fangs in his stomach. All the better to eat you with right? It also seems like Freddy is a lot bigger in this picture, although that could be just a close-up instead. 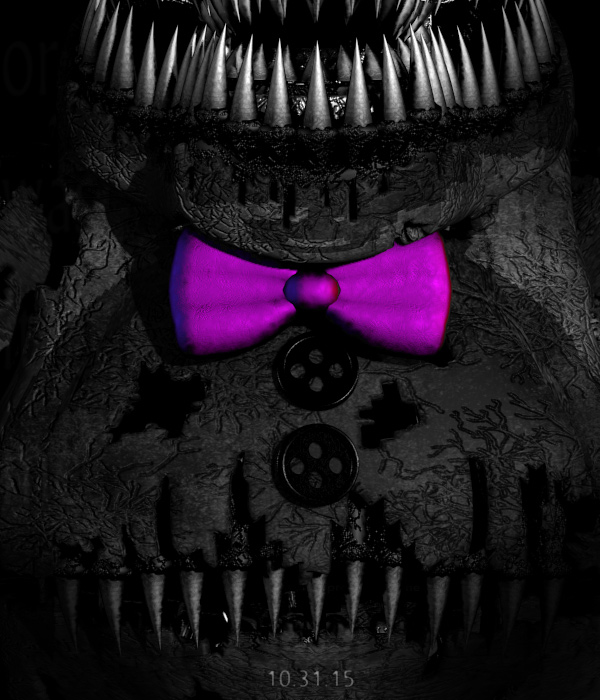 Apparently this new image has fans all excited and speculating a few different things as to what this image could mean. One of those speculations is that this is Fredbear, which is a much larger and fatter version of the original Freddy. In fact this seems to be the most popular theory over on the ‘official’ reddit thread for this new teaser image. Like we mentioned earlier though, this could just be a close of up the original Freddy in order to show of his new stomach mouth… it actually looks like a complete face really. The purple hat and bow tie also make another appearance in this teaser image, having appeared once before in a previous Five Nights at Freddy’s 4 teaser image.

Five Nights at Freddy’s 4 will be the final chapter in the franchise and so it will be interesting to see how everything wraps up. Currently this game is slated for release this Halloween. We do know that this last chapter will be bigger and creepier than previous ones.