Feeden Games has announced today that a limited soft launched for their upcoming MMORPG called Forsaken World Mobile will be starting this week. While the announcement did state the soft launch is happening this week, there was no mention as to exactly what regions would be getting access to the game.

For those of you who may have missed our previous coverage about this game, Forsaken World Mobile is Feeden Games’ mobile version of their PC MMORPG of the same name, minus the mobile part of course. Forsaken World has been available on PC for awhile now and has done pretty well for itself. The mobile version will feature pretty much everything that comes with the PC version, but with optimization and controls designed for mobile gamers. While the developers have stated that this won’t be a stripped down version of the PC version, some of the content and features won’t be available at launch, and will instead be arriving in future updates. 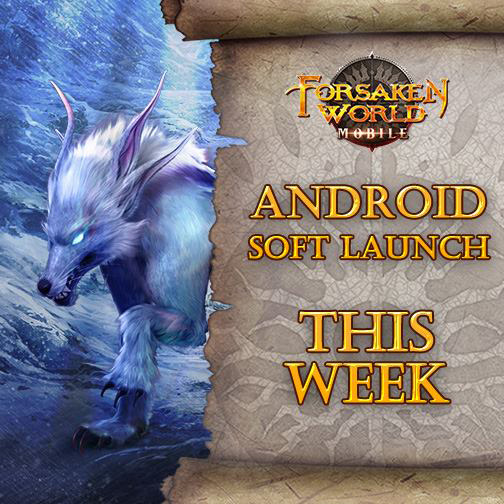 The soft launch for Forsaken World Mobile has had the regions it will be available in announced yet, although it is a safe bet that Australia and Canada will more than likely be a part of it. Most developers usually include those two countries in their soft launches. Of course if additional regions gain access to Forsaken World Mobile this week, we will be sure to post an update along with when the soft launch actually starts. If we can get into the soft launch, then you can expect a nice hands-on preview to arrive shortly after it starts.

In the meantime, pre-registration is still available for this game for when it officially launches on Google Play globally. Pre-registration nets you some in-game rewards that you will get when the official launch happens. As for when that will be, now that the soft launch is happening, the official launch shouldn’t be too far behind. So probably sometime this month.