Based around the upcoming PIXELS movie, PIXELS Defense from Bandai Namco puts players into the role of defending their city, and inevitably the world, from an alien invasion. The aliens have been watching Earth and have decided to take the form of pixelated versions of the most famous video game characters that have ever existed.

These pixel video game alien character are what happens to be invading your city. You’ll be defending your city as one of the Arcaders in a tower defense style of gameplay. You’ll be setting up defenses along the street in an attempt to take out giant video game characters. This is a bit of a dynamic tower defense game, so you’ll be able to move your Arcaders around to different strategic positions throughout each round. 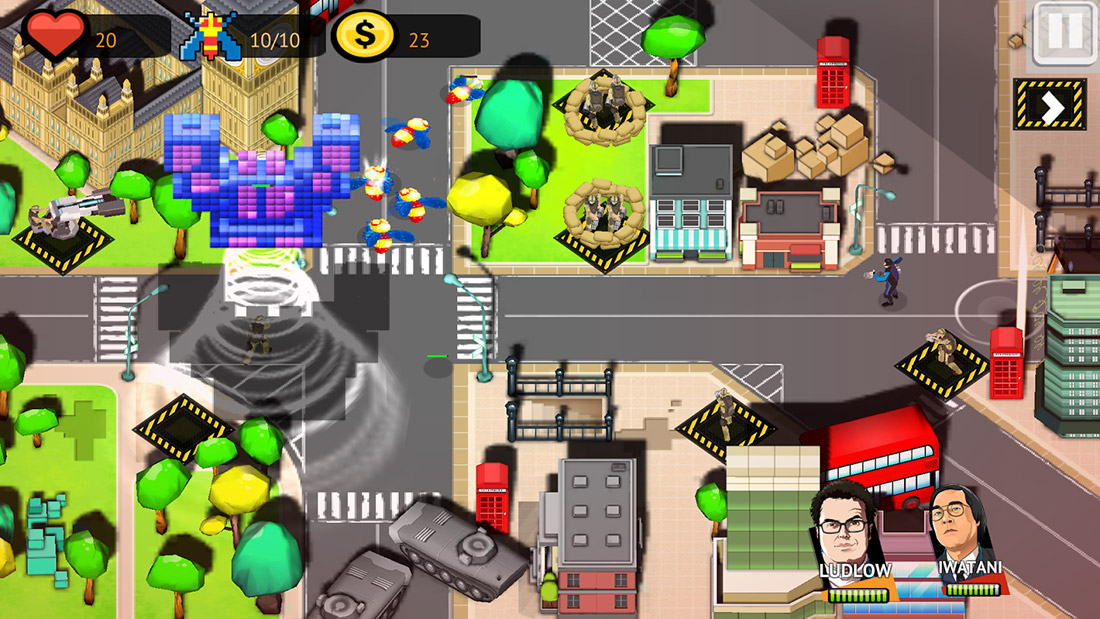 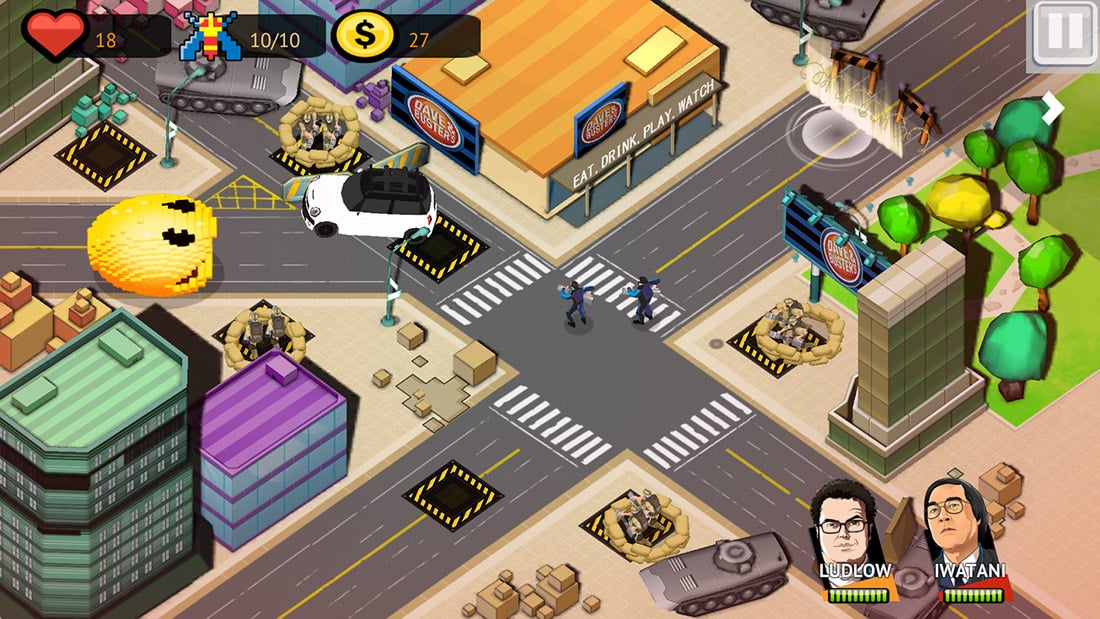 • Move your Arcaders into any strategic position you want to
• Setup Arcaders to target enemies by, nearest, weakest,toughest, first enemy, or completely random
• Call upon the mighty Lady Lisa of Dojo Quest for help in times of need!
• Three difficulty levels per stage to put your defender skills to the ultimate test

PIXELS Defense blends 3D visuals with pixel art in order to create some interesting looking enemies. This is a pretty decent little time killer of a game that you might want to check out if you’re into tower defense titles. PIXEL Defense is available for download off of Google Play for free and does contain optional IAPs as well.