Agar.io is now available on mobile devices so it can suck away more of your free time

Miniclip has decided to use the popularity of a particular browser-based game to their advantage and have released a version of Agar.io onto mobile devices. Agar.io is an incredibly simplistic game, and yet somehow extremely addicting at the same time. You could play this game in your browser of choice and not realize three hours have gone by. I know this from experience unfortunately.

So what the hell is Agar.io? Well as we mentioned above, it is a browser-based game with a simple premise: Take your circular blob and grow it as big as you can. Initially you will do this by consuming the dots that randomly appear in your particular playing area (there are different servers for different regions of the world). As you start to grow in size, these dots won’t be as effective in your ongoing growth. The only way to truly grow in size at this point is to consume other player’s blobs. This is where the real fun begins. 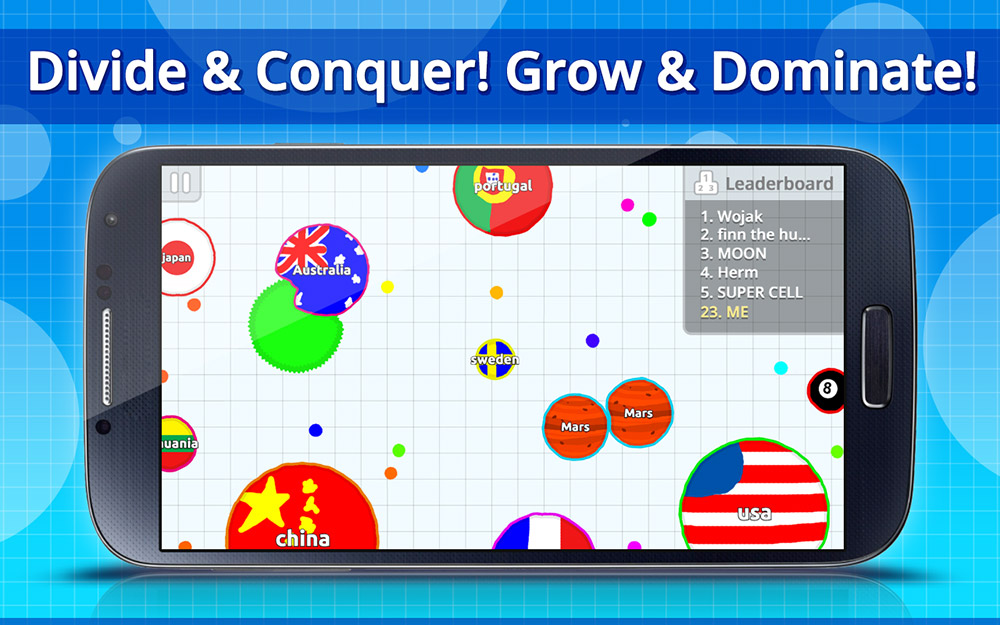 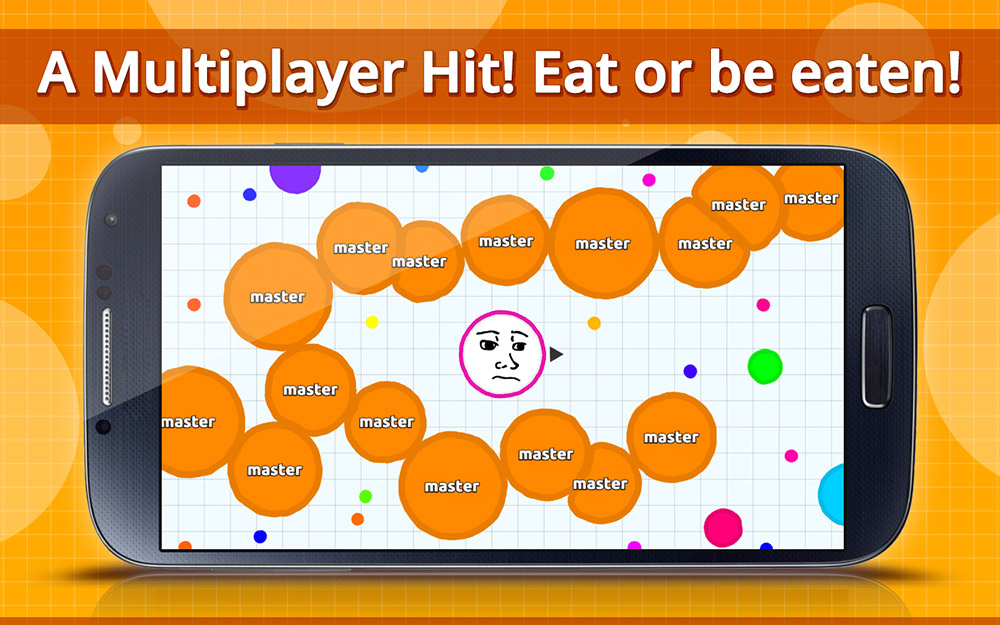 As a small blob, you are basically running around trying to eat the randomly appearing dots while trying to avoid being consumed by bigger players. As you get bigger, you’ll be trying to chase down smaller player blobs for consumption but you will still need to avoid bigger players. Once you’re huge, it is hard to get taken down. As you grow in size though, your speed is reduced. The only other actions you can do in this game, aside from floating around, is either shooting little balls of your blob, usually to bait smaller players, or to split yourself in half to try and consume smaller players that are trying to escape. This splitting also comes in handy if you are about to get eaten, as your new half shoots forward, giving you room to escape while your other half gets eaten.

Agar.io is ridiculously simple and yet quite challenging at times. It’s also incredibly addictive and fun, so it really isn’t a surprise that it is available on mobile now. You can also customize your blob with different skins if you’re up for it. Agar.io is free to play online in your browser, and is also now free to play on your mobile device. There are optional IAPs available, but you don’t need them at all to play the game.