Back in the present, Burn Zombie Burn was originally released onto Android devices not too long ago, and now it has been released for the Nvidia Shield Android TV as well (and other Shield devices). We probably don’t need to explain the plot, suffice to say you play a guy called Bruce (clearly based on Bruce Campbell, star of The Evil dead movies) and you have to survive as long as possible in the midst of a zombie invasion. Straightforward enough, you might think after the gentle hand-holding of the game’s tutorial levels. But then things get ratcheted up fairly quickly and you find yourself frequently buried under hundreds of ravening, rotting creatures. 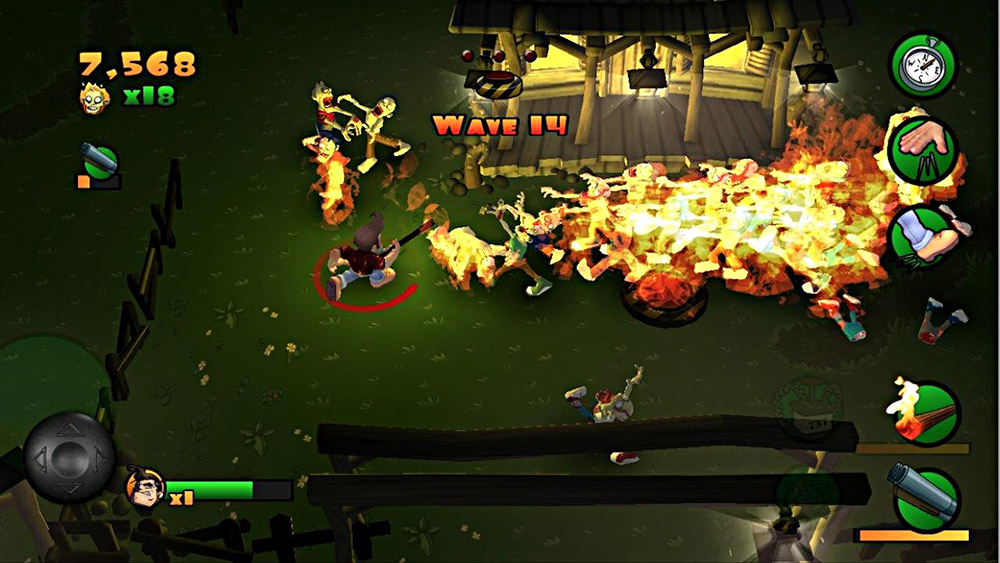 The zombies come in several flavors. Some of them dance, others explode. Some have armor, while other are highly infectious. Some even fart fire, which frankly is just plain rude. The odds aren’t entirely stacked against you, though. There is a mighty fine range of weapons in your arsenal. Once they become available you can get to work shredding the zombies with guns, bats, chainsaws, flamethrowers… there’s even a lawnmower. As you can probably tell the emphasis here is on fun rather than fear.

In addition, you can also set fire to the zombies, which is where the title of the game comes from. Once armed with a flaming torch you can run directly into a gang of rotters immediately setting them ablaze. This has a number of effects, not all of them good. Flaming zombies will inevitably run into other zombies also setting them on fire. This is good. A burning zombie will eventually die. This is good. The more zombies you incinerate the better your score multiplier and the more picks ups you’ll be rewarded with. This is good. Flaming zombies are much faster than regular ones and attack you with more ferocity and when large numbers are aflame this can get very, very hazardous. This is not good. Not good at all. In fact it’s terrifying. But in a good way. 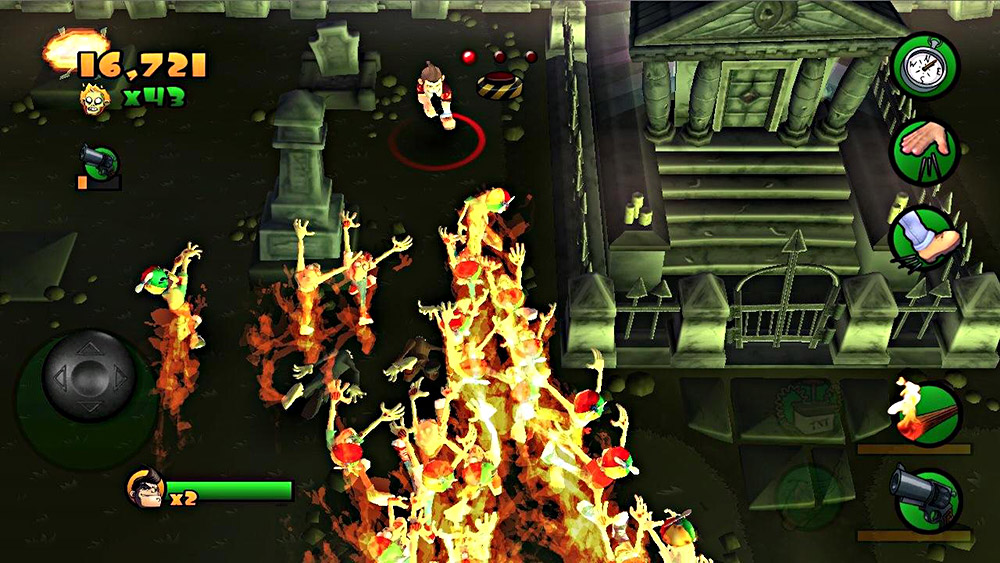 There are several play modes the game offers. Survival is just you and the zombies and a chance to score as much as possible and stay alive as long as you can. Defend Daisy sees your girlfriend stranded in the middle of a level while you have to keep her alive. There are also timed and freeplay modes.

The cartoonish graphics and the environments (graveyard, drive-in, army base, forest and suburbia) look fantastic and the zombies themselves are little works of comedy genius. The visuals have been enhanced as well for Nvidia Shield devices and there is full Android TV support now as well. If you like splattering zombies, Burn Zombie Burn is now available to download on Google Play for $3.50.