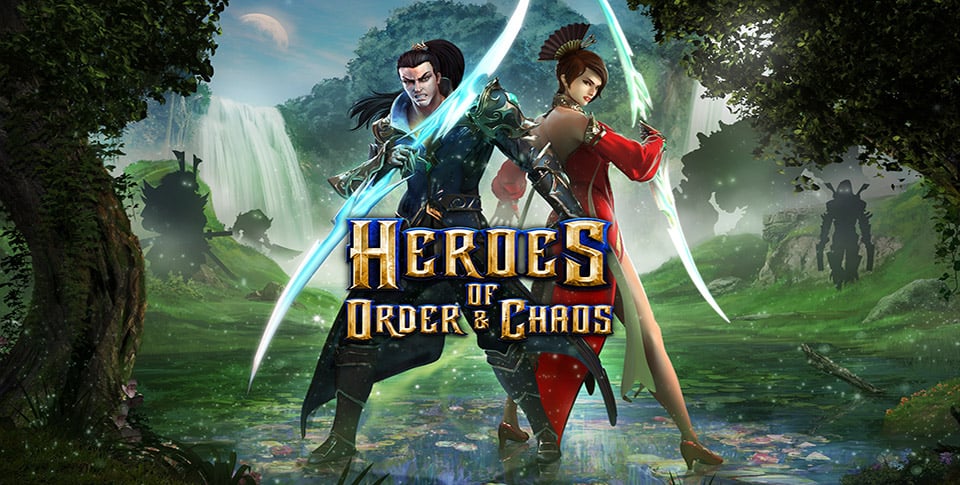 More MOBA news today but this time it is regarding Gameloft’s long running title Heroes of Order and Chaos which will be getting updated soon. This update is actually quite a big one and it brings with it new game modes, a new spectator mode, and new heroes for players to use when playing the game.

Update: July 22nd, 2015 8:23am PST: This new content update for Heroes of Order & Chaos is now available for download. This is a pretty big update and is pretty much a necessary update to download if you play this game. Now that this update is out, stay tuned for tournament match coverage live on Twitch. We will announce when the first is happening as well as broadcaster hiring.

The new Heroes of Order and Chaos update introduces a new fully-functioning Spectator Mode which is something we have personally be requesting since the game initially launched. A lot of players have also been requesting the Spectator Mode but for us we wanted it so we could broadcast matches and hold tournaments in a more proper eSports fashion, and now we can do just that. This is good because the Spectator Mode also has tools for players and casters to use to follow the action in a match with. 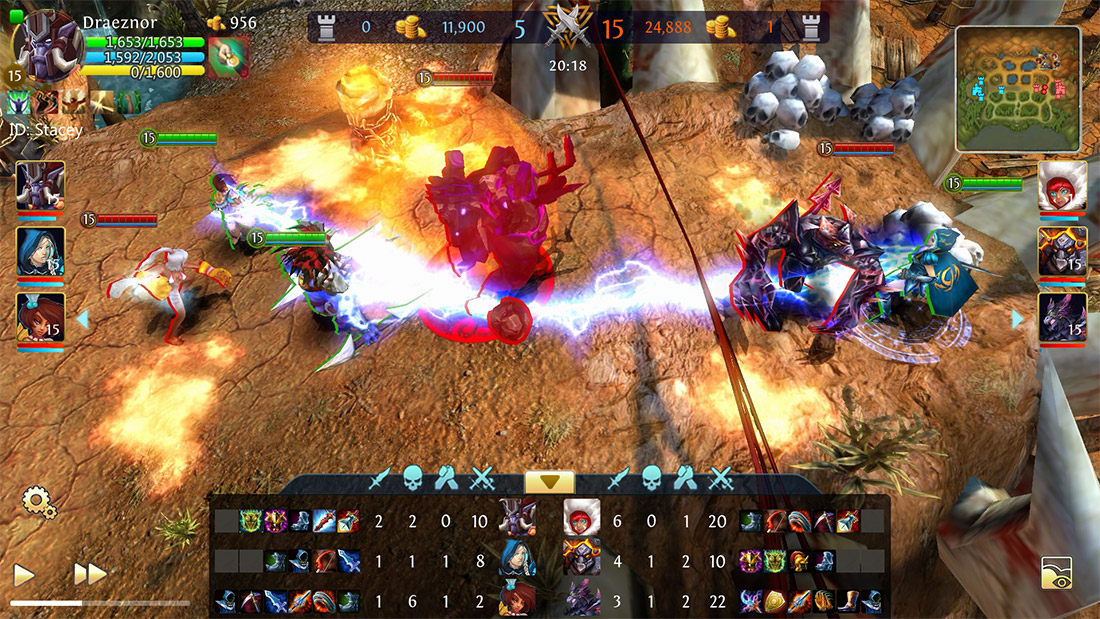 However Spectator Mode isn’t the only mode to arrive with Heroes of Order and Chaos. There is a new gameplay mode as well, called Fun Mode, which is an unranked mode where players can face off with random teams of heroes. In other words, to do good in this mode, you’ll need to know how to use all of the heroes in this game well. To add to the craziness of this new mode, all cooldowns have been reduced and skills also require no mana costs now.

This new update also introduces two new heroes for players: Lu Yunfei – The Living Weapon (Fighter) and T’saad D’Velay – The Headless Horror (Guardian). Both characters have their own histories as well as their own unique skills. Rounding the update out, two new hero skins have also been added for Jombraa and Helmm Slagfist in order to change how they look. 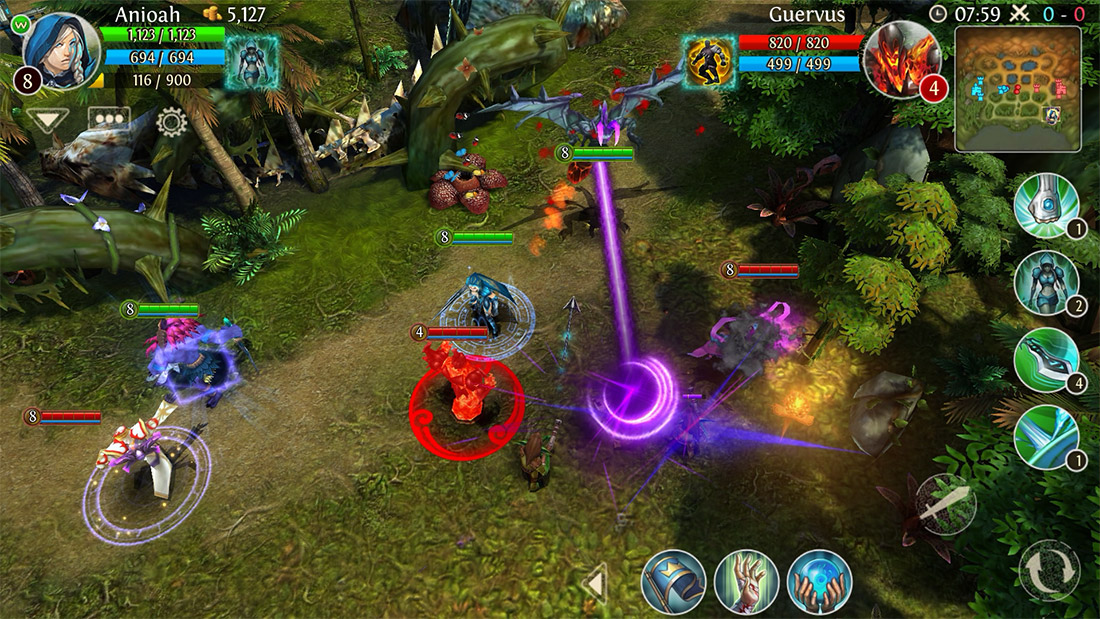 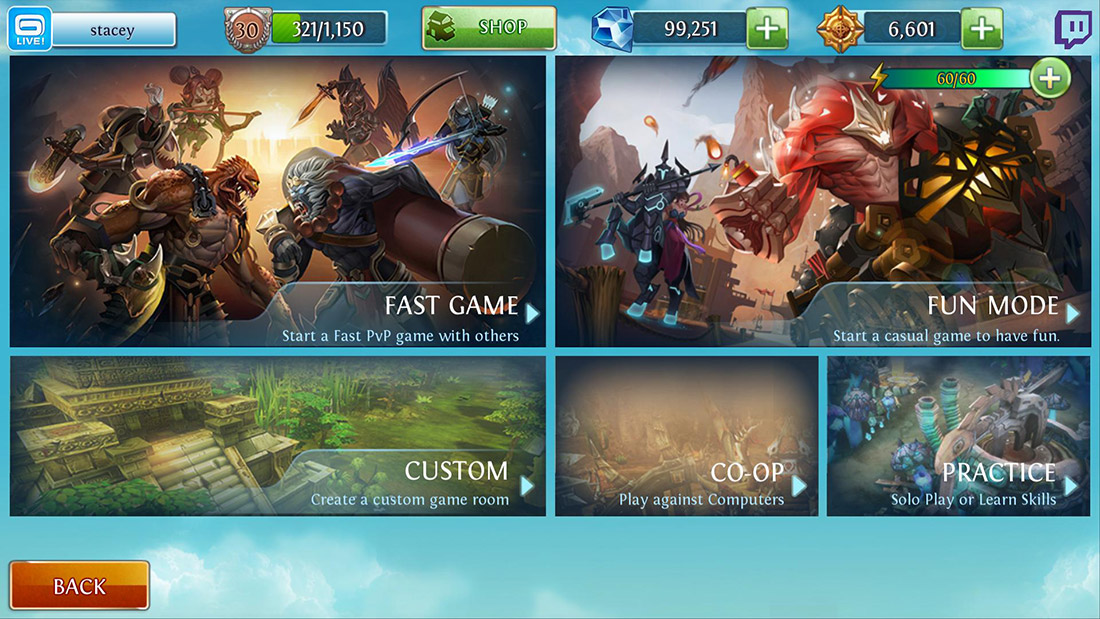 With the addition of Spectator Mode, Gameloft will now be hosting some community-based event/tournaments:

We will be hosting our own events as well in the very near future, complete with cash prizes and more goodies for teams to win. More details on that will be coming soon. As for these community events Gameloft is sponsoring, we will be covering gameplay and broadcasting them as well on our Twitch channel. So be sure to follow our channel for coverage of these and other events as well as general gameplay of all kinds of Android games. This also means we will be starting to look for Hosts for our event coverage. If you’re interested in those positions, we will be doing an open call for that shortly.

You can check out everything with this update in the new trailer released by Gameloft as well, located below. The update is now available on iOS and will be coming shortly to Android as well. We will, of course, post an update once it arrives for Android.