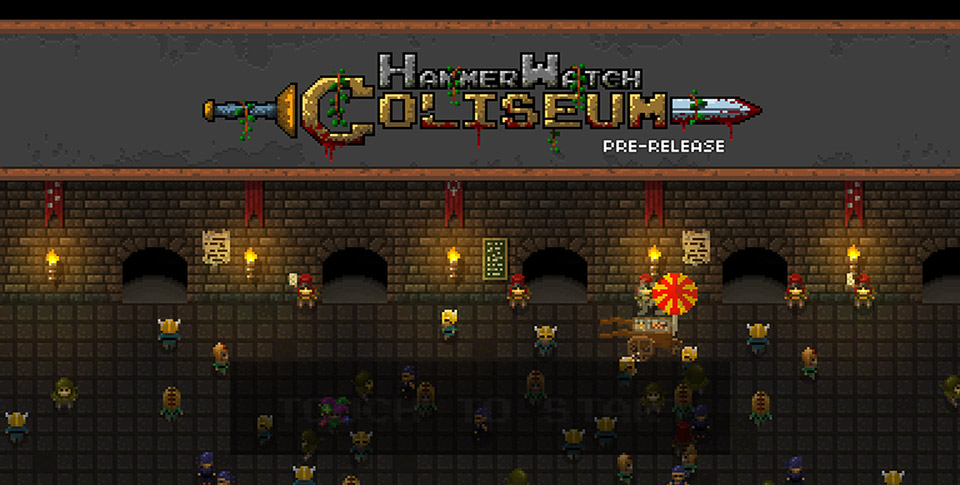 If you haven’t played Hammerwatch on Steam then you’re missing out. It’s a hack ‘n slash action adventure inspired by the old Gauntlet games, set in a fantasy pixel art environment. A mix of puzzle solving, tactical action movement, precision timing and the best part is playing it co-op with friends.

Crackshell studio is now working on a mobile game in the style of Hammerwatch. But instead of working your way through a castle or dungeon, you fight in the arena with a fully animated medival crowd cheers or boos depending on your performance. Players of Hammmerwatch will recognise things like the spike fields that switch on and off, bat spawning tree trunks, and the familiar classes are there. Multiplayer battle seems to be Twin Feathers has done the music again, like the Steam game, which is simply amazing, and fits the fervent arena battles perfectly. 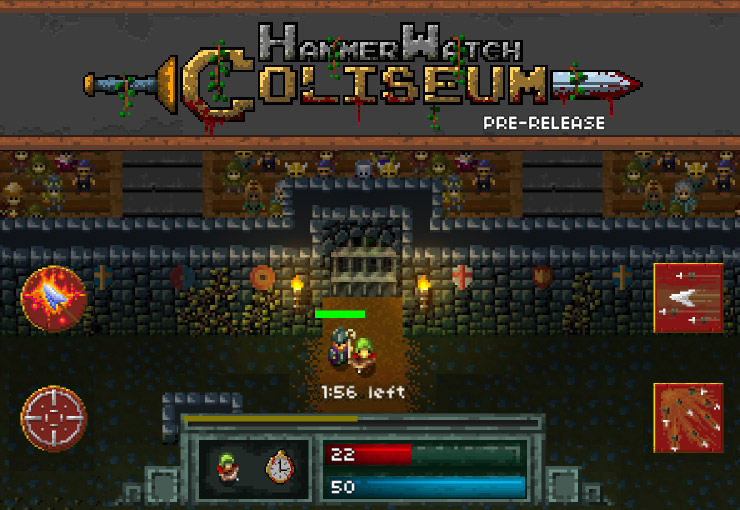 The way the game works is centered around ranking up your gladiator level. But to enter the Hammerwatch Castle to bathe in glory you must pay special coins. To earn these coins you must battle in lesser arenas and complete missions. The arena I tried was  comprised of four gates. The first two made me protect a priest from near-certain death, then I was tasked to destroy all the enemy spawners, and lastly battle a boss who promptly punished me for my impudence.

Your struggle in the arena is assisted by the crowd who may throw you mana crystals, food and sometimes a bomb or two. There’s many familiar enemies streaming in, and chests with coins to pillage if you think you have a second to stand still and take them. But winning in the arena is only half the battle. After your goal is complete the gates open up again to admit you back to the waiting area, but can you get there? And can you get your just reward while fleeing from swarms of bats, as it is waiting for you spread out on the floor, before the gate?

Battle in the arena is done by tapping on the screen where you wish to move, and tapping enemies will make you start auto-attacking them for a while. Every class has four abilities, for example rapid fire, AoE arrow fire, a piercing arrow, etc. A preview of the Hammerwatch Coliseum is available on Google play but keep in mind, this is a preview. There’s bugs and unfinished bits but it hints at greatness. There doesn’t seem to be controller support yet, but it would only be logical. From in-game text, release is aimed for October of this year.