So what all will be coming with Chapter 2? In short, there will be a whole new world map added to the game, a new raid boss to defeat, and new heroes to collect and add to your group. This new chapter will also bring a new “Deify System” to Dragon Blaze that allows users to enhance and transform their allies into members of the elite Quinque Draco. 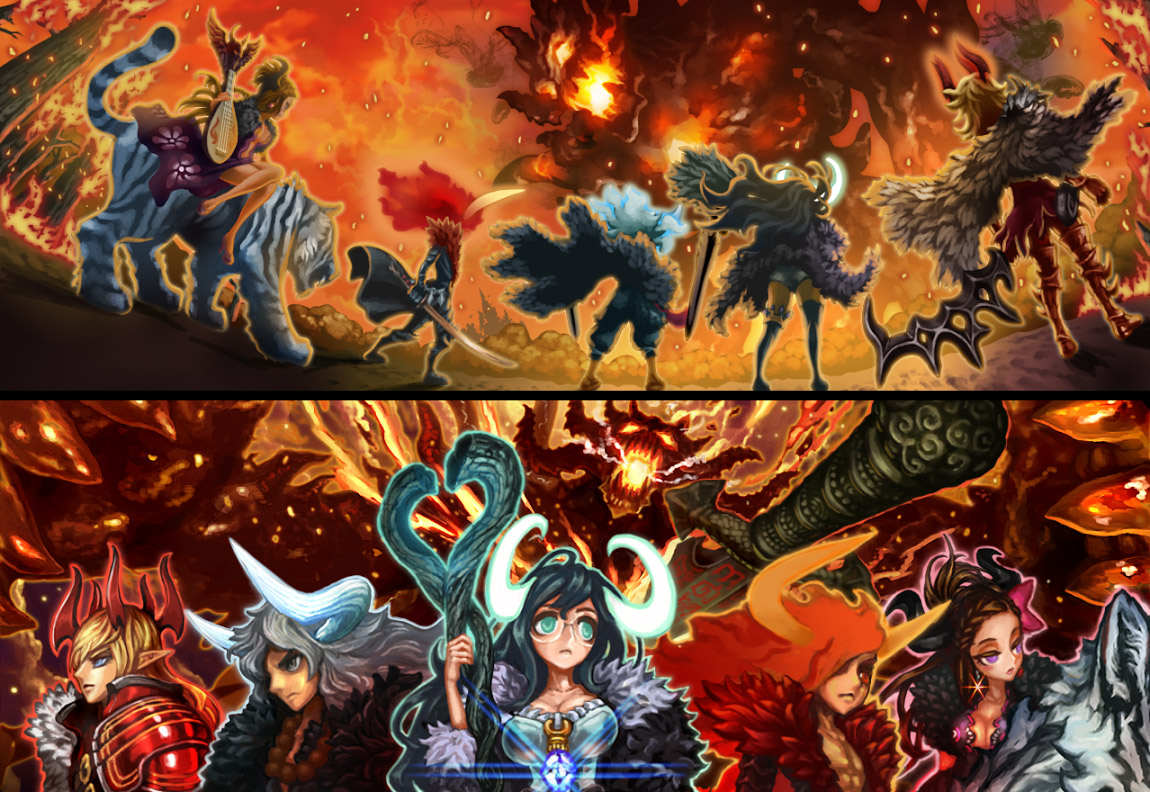 However, if you want a bit more detail than the above general information, here’s the exact changelog for Chapter 2:

– Forgotten Core Map: Take on new challenges in 5 regions with 45 never-before-seen stages.
– Increased Ally Slots and Character Level: Increase your potential with 70 maximum ally slots (up from 60), and a maximum level of 60 (up from 55).
– Phoenix of the Flames Raid Boss: Attempt to defeat the newest raid boss, a fearsome flame-enveloped phoenix.
– Elite Allies: Add members of the Quinque Draco, the strongest allies in the game, to your team:
1) Draco Deathcrown: The leader of the Quinque Draco, born to become the king of the living and the dead. Reduces the enemy’s ATK when using a normal attack.
2) Draco Bloodwind: A beloved High Elf who wields the magnificent Starfury. Unleashes an explosive attack when using a normal attack.
3) Draco Blackaria: Her instrument can play the melody of life and death, while her pet tiger fights to protect her. Recovers the HP of allies when using a normal attack.
4) Draco Brightspark: Armed with Yggdrasil’s Soul. Inflicts damage over the area and casts the Emblem of Demise for her normal attack.
5) Draco Greysoul: Wielding the Soul Sword, he can cut through even the souls of the living. Removes 1 positive buff from the enemy when using a normal attack.
– Deify System: Upgrade and transform an ally into a member of the Quinque Draco through a new enhancement feature.

Judging from the sounds of things, Chapter 2 will be arriving July 21nd, 2015 which is when you’ll be able to start exploring the new world map, trying to beat the new boss, and collect the new heroes. In the meantime, you can check out the teaser trailer for Dragon Blaze Chapter 2 in the video below. Pre-registration is available over on the game’s teaser site.