Back in May of this year we reported on a partnership between Cartoon Network and D3 GO! for a new Adventure Time game called Adventure Time Puzzle Quest. This game was announced for Android with a release time frame of this Summer. Well this game is now available for Android devices. 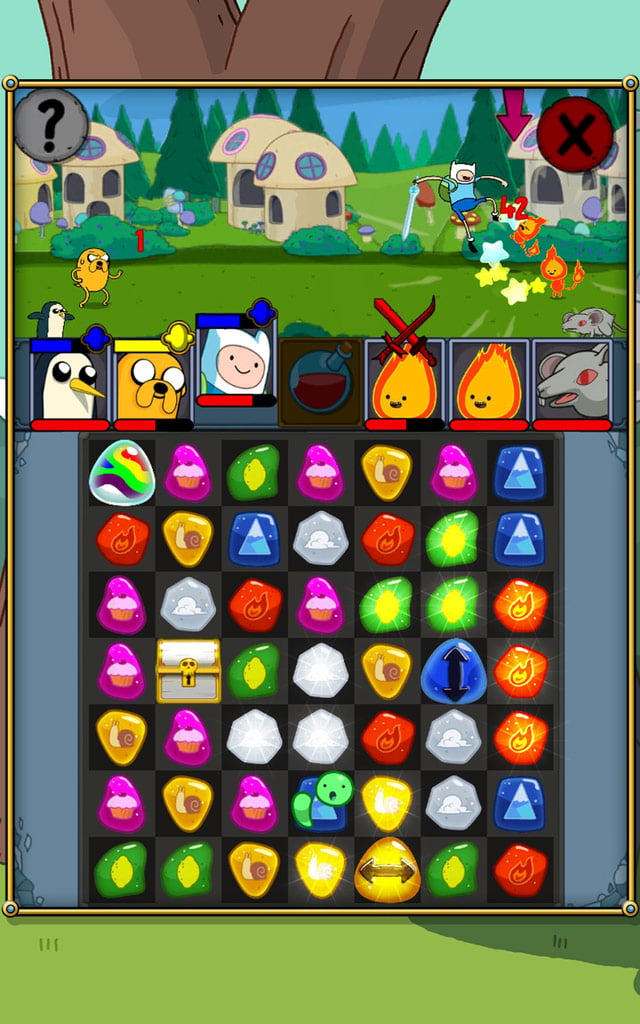 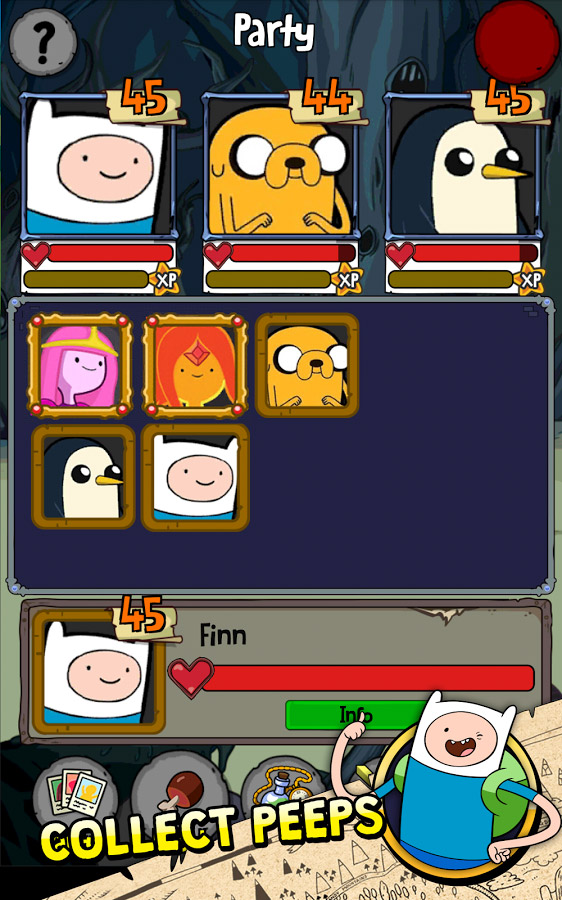 Players will be following Finn and Jake as they journey through the Land of Ooo, defeating bad guys with ‘totally mathematical abilities’, plenty of equipment and items to use, and a whole lot of sandwiches. There are multiple storylines in this game as well, all based around different quests you’ll be completing with different objectives. Combat will take place in a match-3 style of gameplay, but there are other items you can use as well. These items (food, potions, etc) can either be found or you can craft them yourself if you have the correct materials.

Adventure Time Puzzle Quest also features tournaments and daily events players can participate in should you want a break from completing quests and following all the different storylines. Along the way you will also be able to collect new Adventure Time characters to play as.

If you’re interested in grabbing a copy of this game, Adventure Time Puzzle Quest is available off of Google Play and Amazon’s Appstore for free. There are optional IAPs available as well. You can check out this game in action via the video below.