Update: July 27th, 2015 1:04pm PST: For those of you waiting for this game to arrive, Freak Factory is now available for download off of Google Play as well as Amazon’s Appstore. Links to both marketplaces have been added to the bottom of this article.

There are a couple of twists on the Bubble Shooter idea though. First, freaks will grow to various sizes, depending on how tightly the player can pack them in, so smaller is better here, Second, the launched freaks will ricochet a bit. Players will be combining chemicals in order to make the freaks that get launched onto the play area. 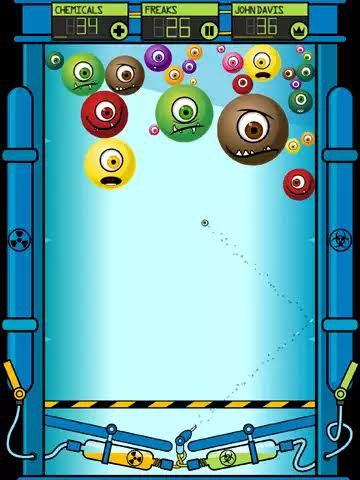 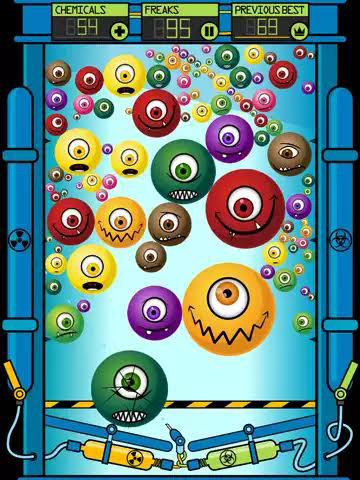 – Easy and fun to play yet challenging to master.
– No frenetic timers, play at the pace you want.
– Lots of cute little Freaks.
– Gameplay that puts the player completely in control – no randomness, impossible puzzles or crazy AI.
– Strategy required – plan ahead to get a high score.
– Compare your score with your friends on Facebook, Game Center and Google Play.

The game will be released on both the Amazon Appstore, as well as Google Play, on July 27th. Freak Factory will be free to play with a time restriction so you can try the game out. If you want to play past the time restriction, the game offers a single IAP for $1.99 to remove it as well as unlock additional freaks. In the meantime, you can check out this game in action in the video below.