Onto the good stuff first. This new update (#103) installs the newest version of the Android OS onto your Shield Portable along with all the goodies that come with Android 5.1. This update also fixes a bug that wouldn’t let people read books through the Google Play Books app. Another big feature is that this update adds the Shield Portable as a source device for Google Cast friendly devices, including Chromecast. Lastly, this also updates the Twitch app to the latest version as well. 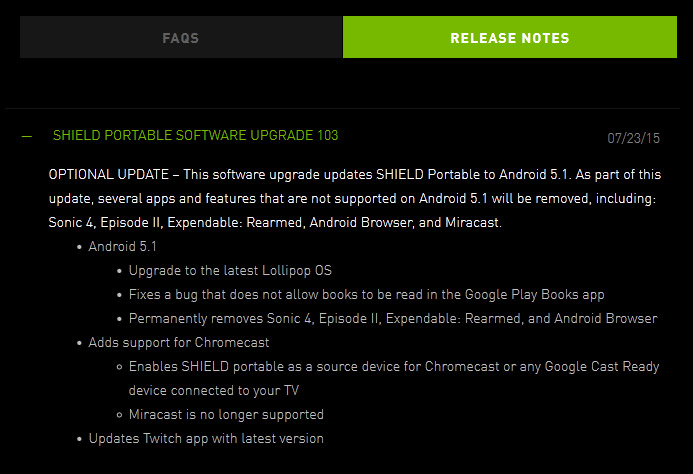 On the removal side of things, this update removes a few items permanently from your Shield Portable. Miracast support is no longer available. Both Sonic 4: Episode II and Expendable: Rearmed have both been removed as well. Lastly the Android browser is also gone.

Remember, this is an optional update, so if you want to keep those two games and don’t really care about Chromecast support, you do not have to install this update.