Hahayeah Studios has released their first game onto Android called Tap Backwards which is a mix of reflex gameplay and brain power. As you may or may not be guessing from the game’s name, Tap Backwards will require you to think a little backwards.

Tap Backwards presents players with a playing area divided in half, with the upper half having the numbers 1, 2, and 3 in their own squares, while the bottom row has three blank squares. In the middle is a green square where either a word representing one of those numbers will appear, or the numeric form of 1,2, or 3 will appear. Depending on what appears in the center square, you will either tap the corresponding upper number, or tap the light up square in the bottom half. To win you must reach a score of 123. 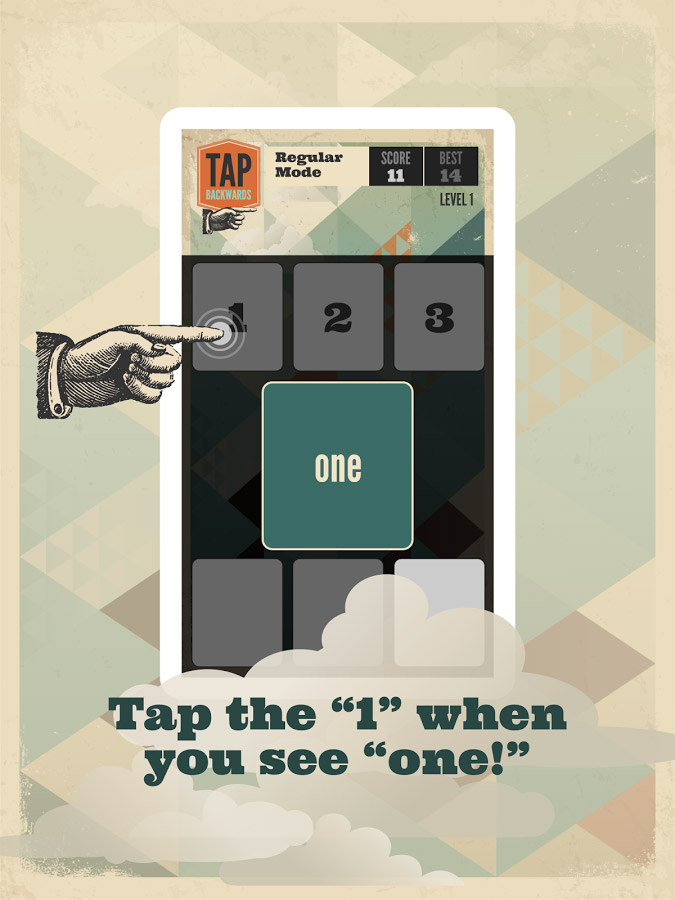 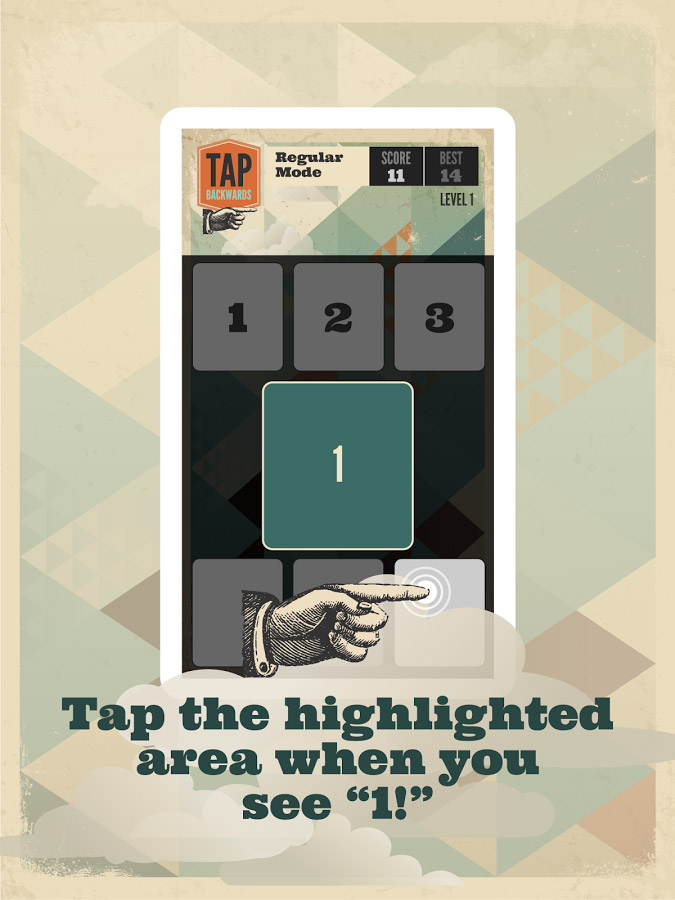 This game features three different games modes to play: Regular. Turbo, and Race. Regular is just as it sounds, the normal mode of the game. Turbo is similar to Regular mode but faster. Race has you trying to get 123 points as fast as possible. Each mode also has their own leaderboard to participate in, should you be feeling a little competitive.

Tap Backwards may seem like it is easy, and picking it up and playing it certainly is. However, actually scoring 123 is not so easy, especially when you are in Turbo or Race mode. If you want to check this game out, you can download a copy of Tap Backwards off of Google Play for free and it contains no IAPs either. Instead it is solely ad supported.