Released by En Masse Entertanment, Fruit Attacks is an arcade shooter where Earth is being invaded by fruit which we first reported on two weeks back. While waves of angry fruit, along with their over-sized fruit bosses, descend upon Earth to seek revenge for the consumption of their between by humans, players will use a two finger control system to control the Sound Amplification Transmission Inducer (SATI), which was invented by Dr Trebblebass, in order to fend off the invasion.

Players can use a traditional rapid fire approach, along with a hook-shot that can curve in a particular direction, as well as shaking the handset to execute a full screen attack. Players will start the game alone, but throughout Fruit Attacks, will accrue other, different heroes and “dozens of minions that provide unique powers and abilities”, according to the developers. Those minions can be combined with other bonuses to create a style fitting to the player. 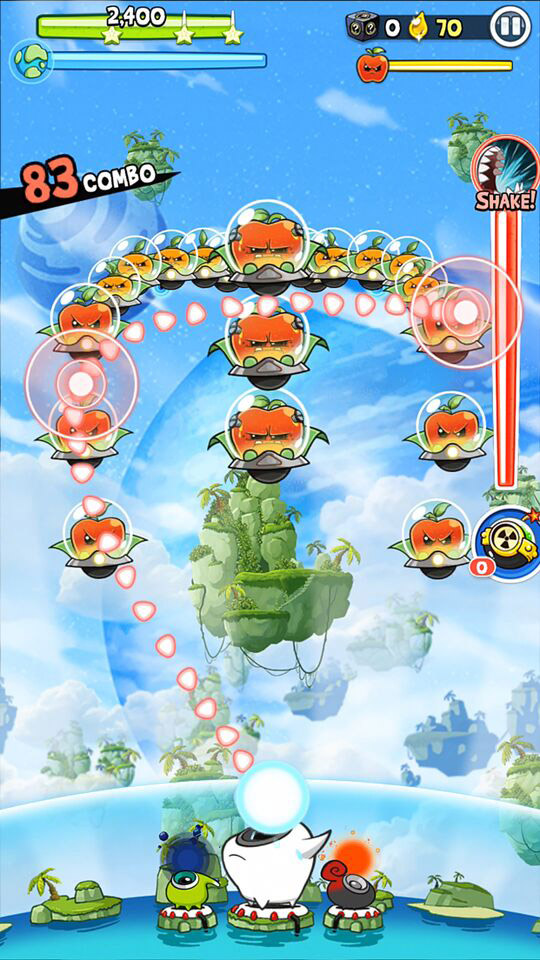 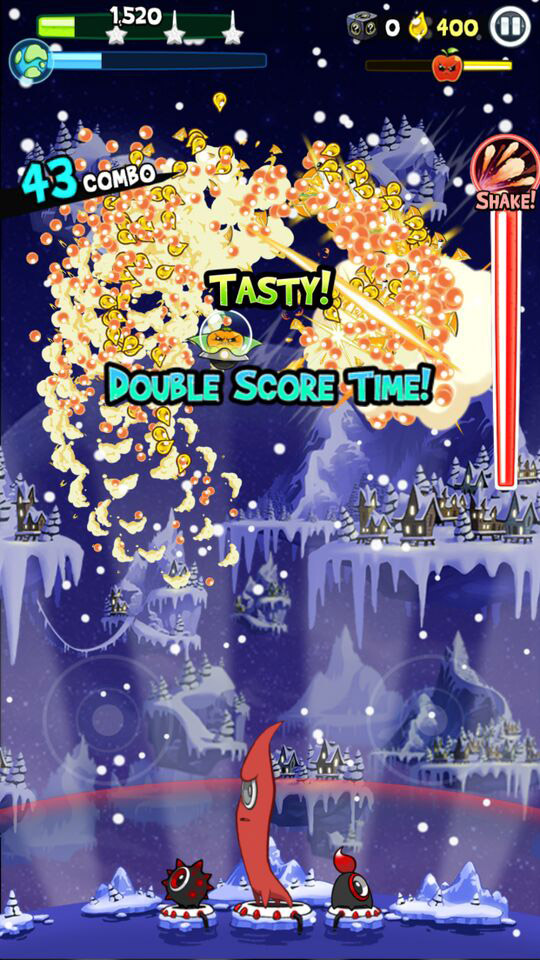 • Shoot and strategize your way through 180 unique stages (with more on the way)
• Earn power-ups, rewards, and PET CATS
• Chain your shots together into epic combos to secure a high score on the leaderboard
• Unlock, upgrade, and master six shot types, each requiring different skills and strategy to use effectively
• Destroy fruit attackers to collect their juice and blend it into tasty rewards

Lastly, Fruit Attacks will have 180 levels across two different game modes and three episodes. Fruit Attack is free to download off of Google Play and Amazon’s Appstore The game does includes IAPs as well. You can also check out the game in action in the video below.