Small Giant Games is a game developer based in Helsinki, Finland. Their first project, Oddwings Escape, is now available to download in the Google Play Store. If you enjoy flying games with cute creatures and vividly rendered landscapes, this may be the game for you.

Small Giant Games was started back in 2013. The vision for their company is “…creating beautiful and deeply engaging character driven multiplayer mobile games for advanced casual gamers.” Based on the images of their game Oddwings Escape, they have nailed the beautiful aspect of their vision statement, because the game looks great. 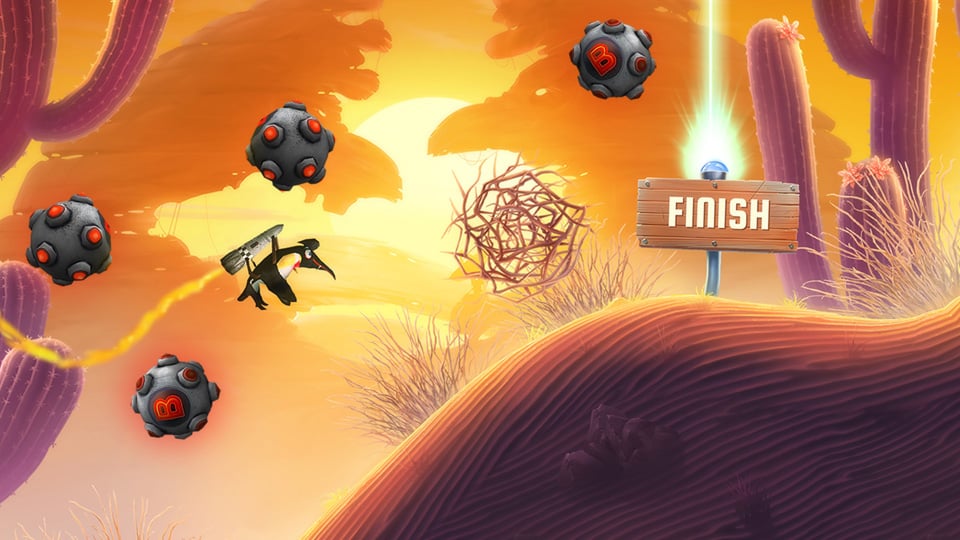 “Oddwings Escape is a genre blending flying game in which players soar their way through fun and challenging flying puzzles to rescue the wacky Oddwings from the flight lab of the evil Dr. Rooster. The game features fresh touch controls with a combination of endless and challenge based levels, and pervasive asynchronous multiplayer which allows players to compete against friends without a constant internet connection.” – Small Giant Games

We have quickly taken the game for a spin and the controls work really well. You touch the screen (no on screen D-pad) and basically drag your finger slightly to get your bird to fly in the direction you want it to travel. Loops are easily achieved, as well as ascending and descending. There are a lot of different characters to be unlocked that have different traits, so navigating the birds may change how you play the game in some areas. 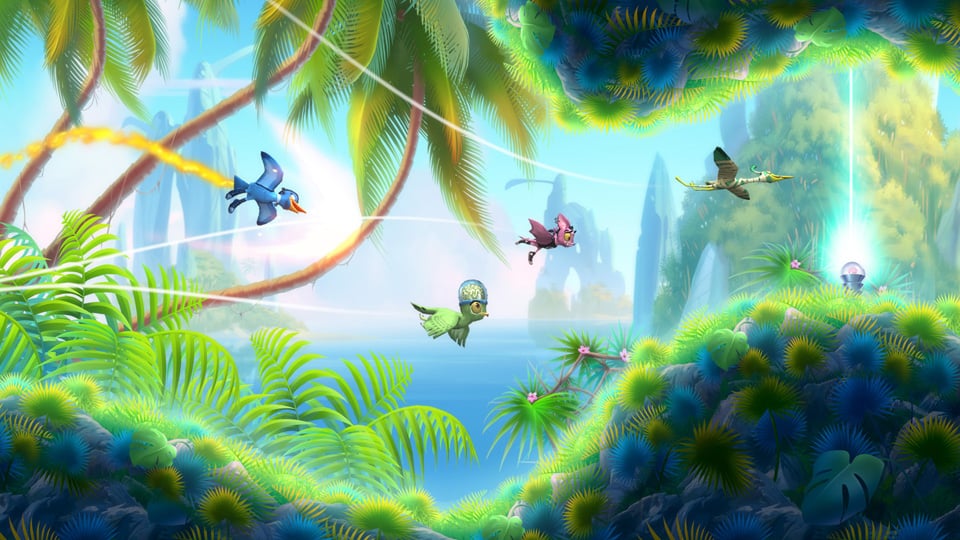 Oddwings Escape is a free-to-play game. The in-game currency consists of coins and keys. They are used to unlock the different islands you will travel to, as well as the different birds you will be able to unlock.  The short time that we have spent with the game feels like everything is balanced. You earn coins pretty easily, and you have the option of watching ads to gain more.

The game is integrated with Google Game Play Services, and there are 5 achievements to unlock. You also have the option of linking the game with your FaceBook account. FaceBook is how the multiplayer aspects of the game are handled. Saving in the cloud is handled via Google Game Play Services if you choose to use that option. If you enjoy flying games and competing with friends, Oddwings Escape is now available to download for free. It is definitely worth checking out!