Currently in development for PC, Block’hood is a rather interesting looking vertical city builder that may also end up coming to mobile tablets soon. It all depends on how successful the game ends up when it is released for PC. So if it doesn’t do good, we may not see it hit tablets, which would be a real shame since it looks like a lot of fun.

It also looks like it could be played easily on a tablet, possibly even better than on a PC. In Block’Hood players are charged with the task of building a neighborhood using different blocks that are available. However, as we mentioned earlier, this is a vertical building game. This means that neighborhood you happen to be building will be going up, instead of building out.

Block’Hood also has a pretty neat, almost minimalistic, look to it visually. However building your city isn’t as easy as just slapping blocks together and calling it a day. Each block has an input and output, and need to be properly linked together in order to make a productive neighborhood. As an example, shops require consumers to make money, so connecting the shop with population will let the shop make money. This also applies to environmental blocks as well. 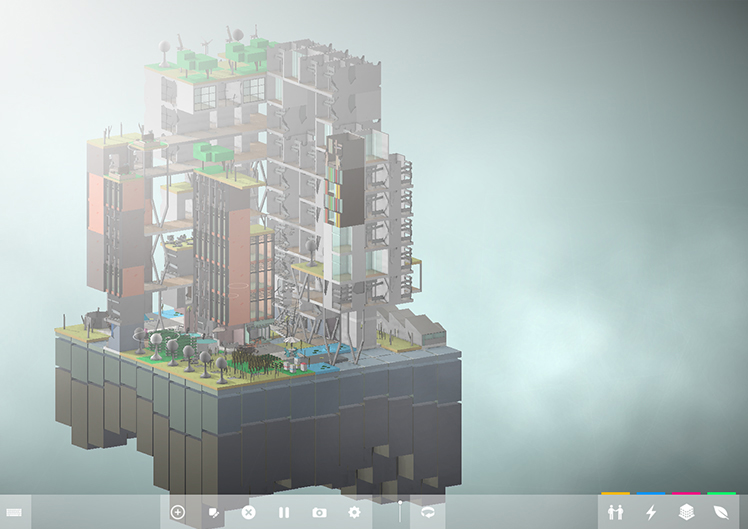 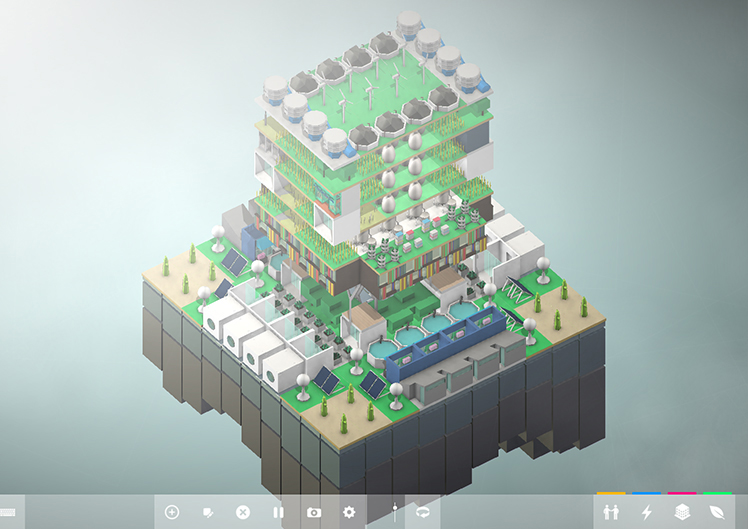 Players will need to build schools, factories, ways to collect resources, energy sources, process waste, and basically everything you would need to do and deal with in a Sim City type of game, except its all vertical. You also have to deal with decay, which is probably the most dangerous thing. As time passes there is a chance that a block will become abandoned or become ruined. Since everything is vertical, a weak block poses an obvious problem. So keeping everything health is a must.

Block’Hood is slated for release onto PC (currently on Steam Greenlight) later this year. The developers would like to bring their game to mobile tablets afterwards, so hopefully this game does well on PC. Playing this on mobile would be a lot of fun.

Screenshots and trailer are for the PC version