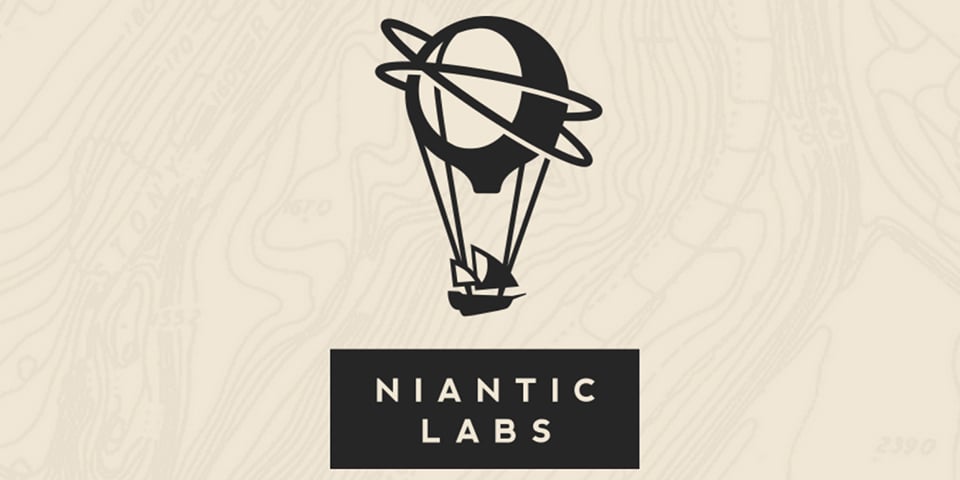 Niantic Labs, the group behind Ingress and Field Trip, are now becoming independent from Google, likely stemming from Google’s restructuring into a subsidiary of Alphabet. They have sent out emails to users indicating not only that Niantic is now it’s open company, but also that they are to receive a transfer of information.

When users first signed up to play Ingress or Field Trip, they gave Google access to information that’s linked to here. Within the email Niantic sent out, they indicate that Google will be transferring that information over to them. As an aside, we’ve reached out to Niantic, and we’ll update this post if more information becomes available as to what exactly Google is sending over to Niantic. 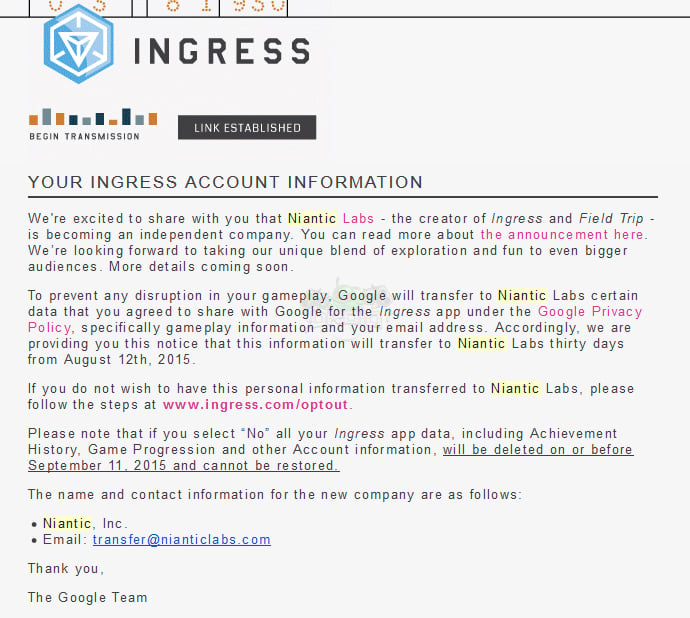 Within the email, Niantic also included a link that allows users to have their info deleted outright, instead of being transferred. Bear in mind that, in opting out of the transfer and choosing deletion instead, all the in-game data and progress of the user is deleted as well. Simply put, it’s an all or nothing proposition.

There is a time limit on this decision as well, as it is set to happen thirty days from August 12th, which is Sept 11th. So, there’s nearly a month for Ingress players to decide on whether or not they’ll allow their information rolled over from Google to Niantic.