Fallout Shelter by the numbers: 85,391,869 Vaults created and counting

On a more lighter note about Fallout Shelter, Bethesda has released a cool new infographic going over lots of interesting numbers that related to the company’s newest game. At the time of putting out this infographic, over 85 million Vaults have already been created in-game, which is a lot in a short period of time. 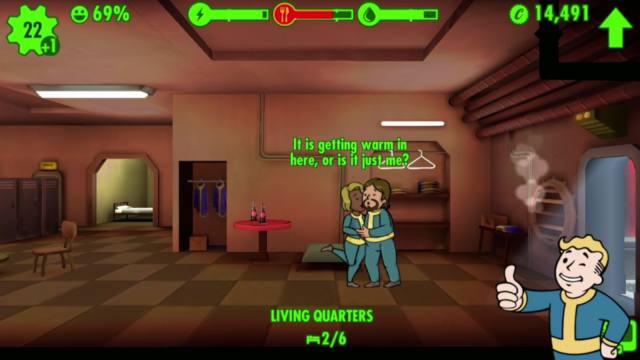 These numbers include both iOS and Android when it comes to Fallout Shelter statistics. There’s some other interesting numbers as well like 81,996,694 babies have been born so far. That’s a lot of pixel loving going on right there. Interestingly enough, only 20,953,309 dwellers have died while exploring the Wastelands. At this rate there is going to be a serious over-crowding issue with the population. You can’t stop the pixel breeding though.

You can check out the entire infographic below. If you want to check this game out, you can download Fallout Shelter off of Google Play for free. 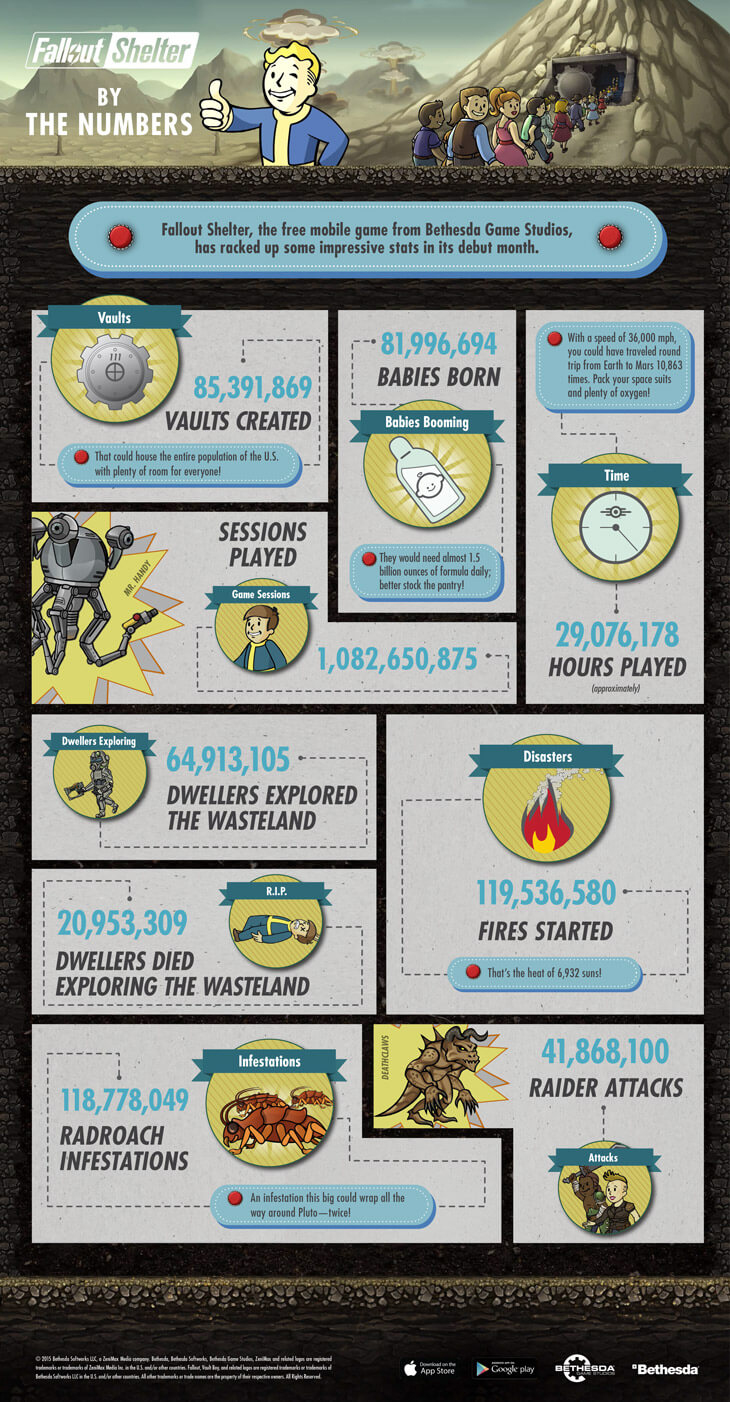