Doodleoo Games is a new indie game studio which was founded by a former triple-A game developer Mike Currington. Some of Mike’s past works include being Lead Gameplay Programmer on Red Dead Redemption, Midnight Club, GTA V as well as working on Conkers Bad Fur Day for Rare/Nintendo. So he has a bit of experience to say the least. Now he has jumped into the world of mobile game development and has released his first game called Party!Party!Party!.

This particular puzzle game is all about holding hands. Players will be trying to join all the hands together to complete the party in each stage. Each little creature has a certain amount of hands though, all of which need to be holding another hand in order to be a successful round. At first this is pretty easy, but as you progress into the game it becomes increasingly difficult to have everyone holding hands. 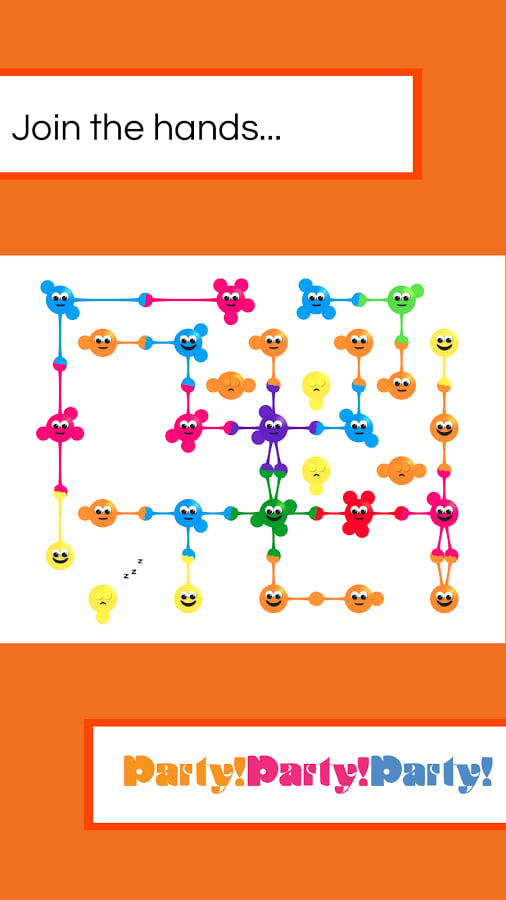 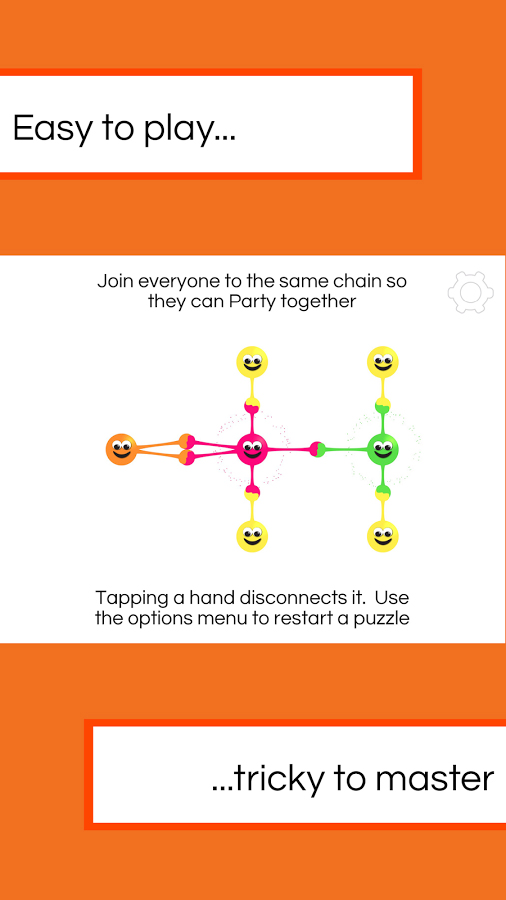 – Play for free, at your own pace
– No time pressure, no ‘extra lives’
– Progressively more fiendish puzzles, hand picked with love
– Joyous musical soundtrack by Shane Mesa
– Easy to play, difficult to put down
– Complete puzzles to get prizes
– Make your own Party! goers, populate your world, and show off your creations
– Replay the puzzles in challenge mode and beat your hi-score.

Party!Party!Party! is one of those games that makes for a great time killer when you have 5-10 minutes to kill, or you can sit down for an hour and go at it. Regardless of which route you go, Party!Party!Party! is available for download off of Google Play for free and does include optional IAPs as well.