[UPDATE: Sign Up for the Beta] Space Rhino Games Puts a Spin on Tower Defense with Breach TD: Coming to Android Very Soon

Space Rhino Games was created in 2013. The founders, Michael Hoyos and Alfonso Frontera, from the start, chose to create games for multiple platforms. Their first game, Breach TD was recently released on iOS. The good news is that the game will be making its way to Android very soon. Forget tower defense games as you know it. Breach TD blends tower defense and real-time strategy gaming, to make a beautiful splash in the world of mobile gaming.

[UPDATE: August 24th, 3:38  AM, PST] We reported a few months back on Breach TD, an innovative looking tower defense game. It looks like Space Rhino games is getting closer to releasing it. A few days ago on their FaceBook page, a call went out to interested gamers. If you are keen on tower defense games, and interested in Breach TD in general, the link to sign-up for the beta is below. We have gotten into the beta already and have been trying it out. This is an intriguing tower defense game. The graphics look great and the story and gameplay are top notch, and unique. If you want to try it out, hit the link below. There isn’t a release date for the game that we know of just yet, but when we find out, we will let you know.

These days, anytime you see TD (tower defense) in a gaming title, it is pretty much met with a shrug. Most people think more of the same when they see a new tower defense game in the Google Play Store. Not that tower defense games can’t be fun, but the genre has a plethora of games available, and most don’t vary in game play design or stretch the concept much. Breach TD aims to change that by adding a real-time strategy element to the game, that is bolstered with a great story line, online play, unique characters, and graphics that take advantage of your latest Android hardware.

“Breach TD is a competitive, team-based multiplayer, cross-platform strategy game that fuses tower defense elements with the fast-paced nature of an RTS. Two rival teams clash in a fight for survival against the VOID, where players choose 4 out of an ever-expanding roster of powerful Guardians to take to the front lines in an action-packed  3v3 match up.” – Space Rhino Games 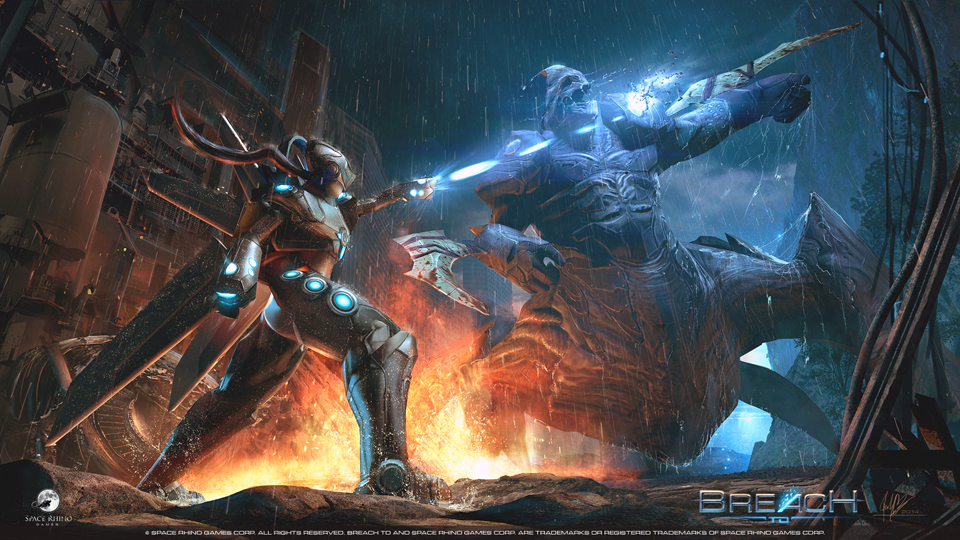 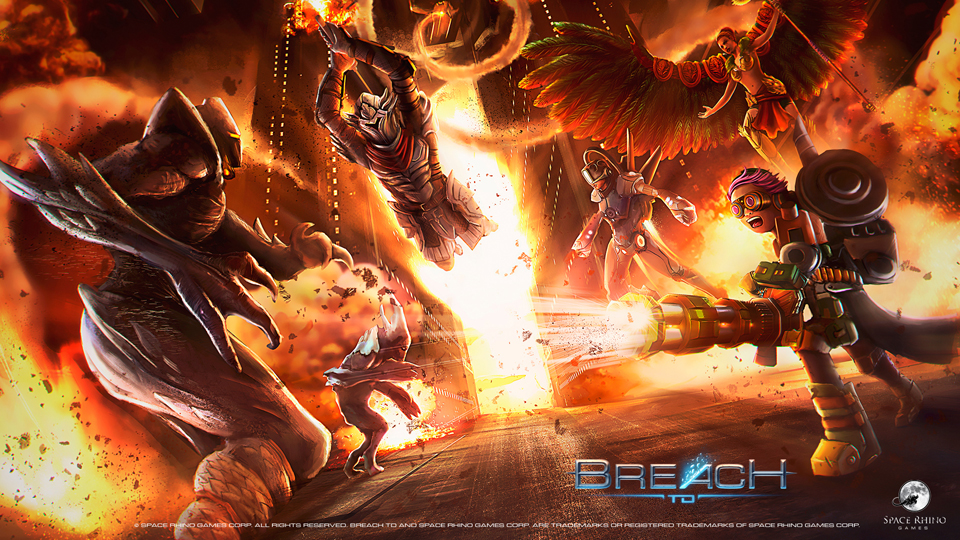 – Master the evolution of TD, with competitive MOBA and RTS elements that will keep you entertained on every single match.
– Team vs. Team Battles
– Fight together against the void, and push them away to the enemy team.
– Cross-Platform Matchmaking: Enjoy playing the game with Android or iOS device of your choosing. PC coming soon.
– Tactics based combat: Plan out your strategy before going into the game and carry it out with your Guardians and Relics of your choosing.
– Completely Free-to-Play

Space Rhino Games has released a trailer, and the game play looks really good. If you prefer playing games competitively online, this just may be what you are looking for. The game came out today on iOS, and someone posted a question about the availability for Android on Space Rhino’s Facebook page. Space Rhino Games replied, “Breach TD will be available for Android in the next coming weeks.” Another poster said, “Don’t forget Android.” ‘to which Space Rhino Games replied, “We won’t be forgetting Android – its coming in the next few weeks!” So, we have the word directly from the game producers… Breach TD is on its way to Android. We will have more information as this story continues to develop. Once we have an update on the actual release date, or anything new, we will update this article for you.

I am excited about this game. It looks extremely intriguing, and blends to genres of game play that I enjoy. Take a look at the trailer and let us know what you think. TD done right? We only have a few weeks to wait to see and that is a good thing.