It seems as of late that a month doesn’t go by where we aren’t talking about a new Warhammer 40K game coming to mobile. Right now the franchise seems pretty hot with both gamers and developers and Tin Man Games looks to bring us the Warhammer 40K world in a slightly different way soon.

Tin Man Games are the king of gamebooks for mobile devices, having been publishing their own as well as digitizing and enhancing Fighting Fantasy gamebooks for awhile now. The Warhammer 40K world will be coming from Tin Man Games in the form of a new trilogy of gamebooks, all of which will be featuring Tin Man Games’ popular features found in their other releases.

If you’re not familiar with what gamebooks are, these are choose your own adventure books where players are presented choices that they need to make while reading their book. Depending on the choice you make, you will flip to the corresponding page and deal with the results of your choice. The first book in the new Warhammer 40K trilogy is called Legacy of Dorn: Herald of Oblivion, which is a digital adaptation of the actual Warhammer 40,000 Path To Victory gamebook of the same name. 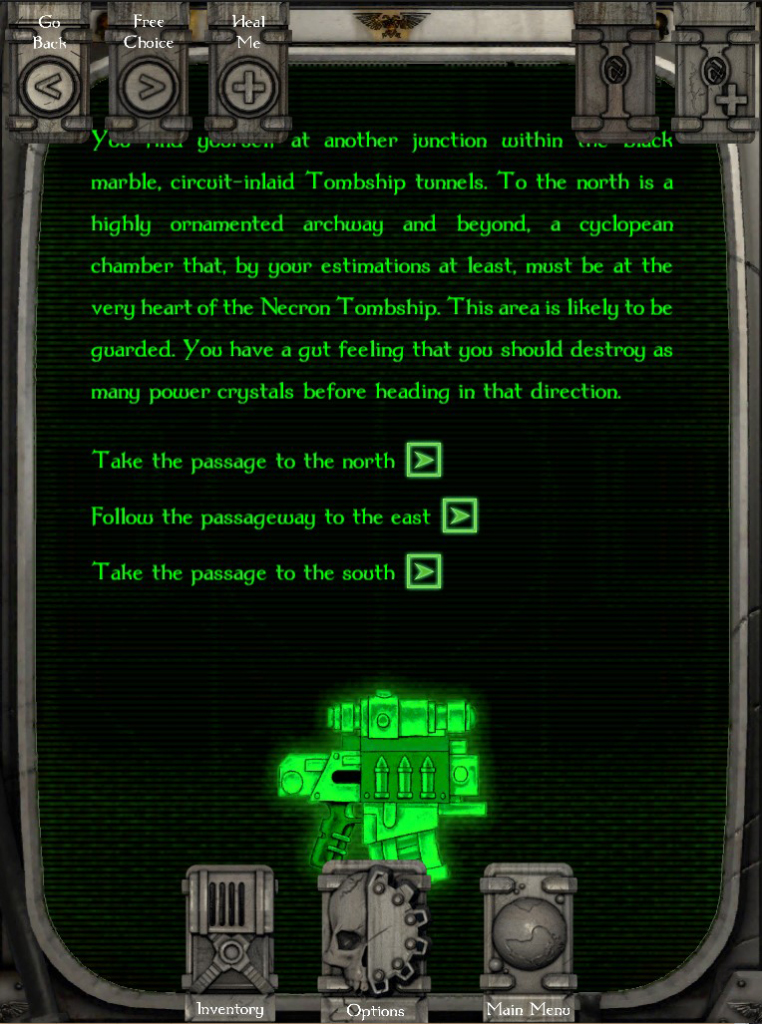 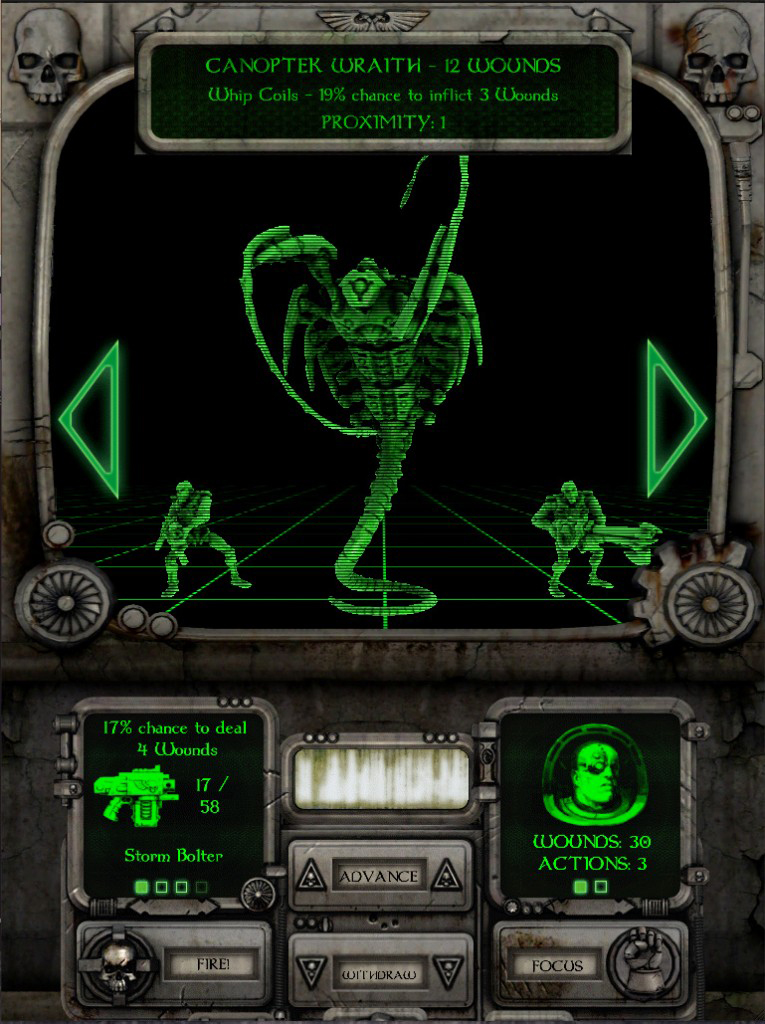 – Transform your phone, tablet or computer into an Imperial Cogitator!
– Holographic combat simulator brings the player face-to-face with the myriad of lifeforms on the space hulk!
– Advance or retreat! Fire weapons from a distance, or move in for close combat.
– Encounter Orks, Tyranids, Dark Eldar, Necrons and more as you explore the Herald of Oblivion.
– Access the Xenos Archive to keep track of monstrous creatures you destroy.

Tin Man Games has done a few extra things with this trilogy though that we haven’t seen in their past releases. For example, instead of paper the book will be read through using a Imperial Cogitator terminal. The dice that are used in combat usually have been replaced with first-person brawls instead that seem to be more of a tactical type of combat.

Legacy of Dorn: Herald of Oblivion will be landing on mobile devices soon, with the other two installments in the trilogy (Pits of Commorragh and Forge of War) being slated for release next year. We will post an update once Legacy of Dorn arrives on Google Play.