TinyBuild Games has announced that their rather cool math-themed, yet rather bloody and gruesome, puzzle game Divide by Sheep will soon be getting its first free content update. Currently available on iOS, the World of Ruins update will also be heading to Android in the very near future.

For those of you not familiar with this game, Divide by Sheep has players trying to save sheep from the Grim Reaper who happens to want some sheep as friends. Since the Grim Reaper can only befriend dead creatures, he has made a massive flood happen to kill them all. Now a bunch of sheep are stranded and its up to you to get them to safety. However, getting the sheep to the safety rafts isn’t as easy as it sounds.

Each island can only hold so many sheep, so at times sacrifices may need to be made. This can come in the forms of lasers, wolves, and many other hazards. Sometimes you will need to cut your sheep in half, and then tape them together on another island. We did say this was a bit bloody right? There is plenty of dark humor in this game as well. 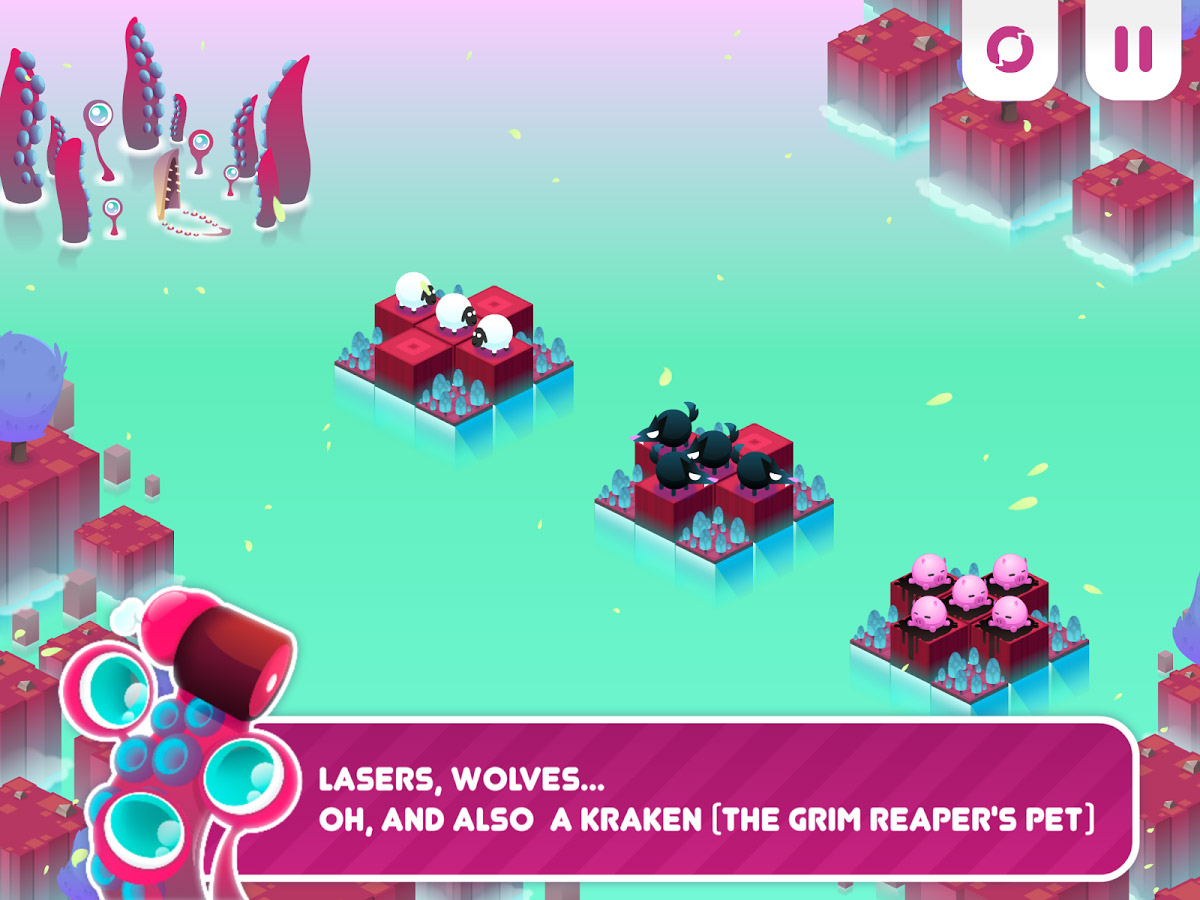 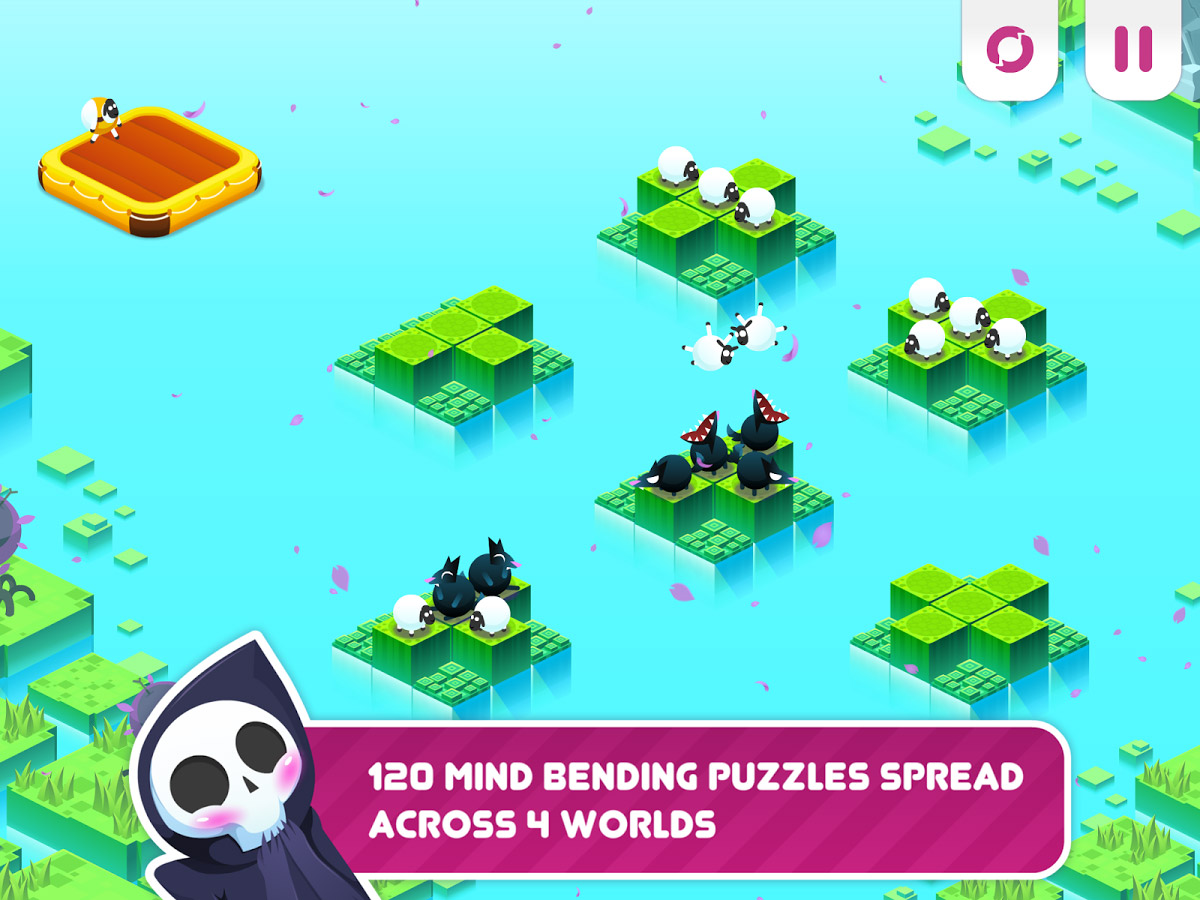 The update will be bringing a whole new world to Divide by Sheep, which already has over 120 levels. While the update will bring additional levels to the game, as well as new mechanics that players will have to learn, the storyline in Divide by Sheep will also come to a close. That doesn’t mean there won’t be future updates though. Some re-balancing has also happened in this update as well:

We also rebalanced the amount of stars you need to have in order to unlock new world, because math is difficult for some people, apparently. – tinyBuild

Unfortunately there is no release date for the World of Ruins update, only that it is coming in the near future for Android. In the meantime, you can check out some of the new gameplay coming in the update with the video below. If you haven’t checked this game out, you should. It is available for download off of Google Play for $2.99.